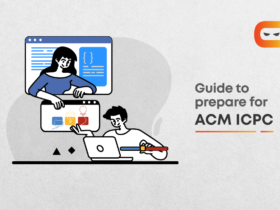 Most often Git is mistaken for GitHub by developers and server designers and vice-versa, the two terms are distinct and have an extensively broad meaning. Although the purpose of both Git vs GitHub is collaboration, yet there is a wide chain of differences between the two.

First, let’s understand the meaning of Git vs GitHub and their implications individually, then we shall discuss their difference on various bases to get more clarity on Java Git and GitHub.

Git is an essential part of programming, especially if you are working as a team, and is one of the most widespread collaborative tools. Every developer needs a version control system for getting his work aligned in chronological order.

It is a very essential tool for Source Code Management, Git enables numerous people to work concurrently and track the individual contribution made by them. The UI is so user-friendly and elementary that people other than programmers also use it for tracking down their files.

GitHub is a Microsoft-developed programme that provides a platform for collaborative work or group projects. Generally in the software development community around five to ten people work on the same project.

An application that has got 10 screens, has around thirty to fifty files of codes, which is impossible to share through e-mail or other sharing resources.

With the help of GitHub, developers can easily upload their code to their GitHub account and share the link with their peers, so that the peers may review their code or append some modules to their code.

All the operations such as checking out into a new branch, creating a new branch, add codes, making commits. Everything is carried out with the help of these Git commands.

Git and GitHub: A head-to-head comparison:

Being a Software developer or collaborator, you must distinctly understand the difference between the two widely used terminologies: “Git” and “GitHub”.

After reading the above-mentioned individual introductions, you must now go through the head-to-head comparison between the two through the difference table given below for attaining more clarity.

How to Integrate Git and GitHub in five steps?

You need to follow a series of steps in order to work with Git vs GitHub parallel for collaboration and version control. You need to understand that Git can be used for working efficiently with GitHub, therefore you need to brush up your skills with the former prior to their integration.

Please note that if you are already familiar with Git and it is pre-installed, then you can move to step two, else if you are new to this version control software you require to install it and add a few blocks of code before going forward.

Step 1: Install git and add a repository to it

You need to understand a few terms before you start using Git:

For connecting git to GitHub, you have to add a repository and commit at least once. You can then host your project on GitHub and make it public.

Now you require a GitHub account. You can sign up for free or you can go for a paid subscription plan. A free account provides all the base features required by a beginner for efficient code sharing. A paid plan is recommended for freelancers and highly skilled coders, or organisations that have to invest in a team plan for accessing additional project management and communication tools. Furthermore, GitHub extends a few discounts for non-profitable organisations, educators, and students.

After creating and setting up your account, you are required to create a repository in GitHub for storing your project when you push it from git.

You even have two options for modifying the access of the repository, it can be private, such that other GitHub users can refer to it and contribute to it, or it can be made private.

In both ways, as you’ll be using a pre-existing project, ensure that you leave the Initialize this repository with a README box unchecked.

Step 4: Pushing a repository to GitHub

You can add source code to your repository in multiple ways.

You can now view your repository in GitHub. From here, you can start making alterations to your project in real-time. You can even send and receive merge or pull requests, and use all the tools included with your plan.

Step 5: Pulling the changes made to your repository

For doing so, enter the git pull origin master in the command-line interface. This will update your files such that everything is synchronised across all iterations of your repository.

Do I need Git and GitHub?

Git is an open-source, version control tool introduced in 2005 by developers working on the Linux operating system; GitHub is a company founded in 2008 that provides tools that can be integrated with git. You do not need GitHub to use git, but you can’t use GitHub without using git.

What is the difference between Git and GitHub and GitLab?

Git is a local host-based VCS software that allows developers to store snapshots of their repositories at various instances. It’s usually recommended for individual use.

GitHub is a web-based platform that comes with git’s version control features such that they can be used collaboratively. It mainly provides project and team management features, along with opportunities for networking and social coding.

GitLab is a web-based Git repository that renders open-source and private repositories, issue-following capabilities, and wikis. It is a full DevOps platform that allows professionals to work on an entire range of tasks in a project—covering everything from project planning and source code management to monitoring and authentication.

Is GitHub based on Git?

Yes, GitHub is based on Git. GitHub provides tools that interact with git. For making any new commits to the repository present on GitHub, you need to run commands on Git command-line interface. Hence, for working on GitHub you need to install Git on your system.

Is Git for free?

Yes, Git is a free and open-source version control software designed for handling mini as well as projects with high speed and ease.

What are git and git commands?

GitHub is a Microsoft-developed programme that provides a platform for collaborative work or group projects. It comes with a wide set of commands for carrying out operations on the local and remote repositories so that beginners and developers can add, delete, merge, push, push, clone source code from target repositories.

What does GitHub stand for?

A contraction of the words Git and Hub. GitHub is a Microsoft-developed programme that provides a platform for collaborative work or group projects.

Finally, after understanding both these terms we can conclude that both Git vs GitHub go hand-in-hand to ensure efficient collaboration and version control. GitHub provides a friendly user interface for networking, while Git is used for handling version control complications.

If you are thinking of building a career in Software development you can learn about the popular Git commands, this will help you in dealing with collaborations better and you can work in a team efficiently. If you want to have a live Git experience, devise a few projects of your own.

You can check out our courses on Web development and Android development with Kotlin if you wish to build a few projects on your own under the guidance of our Mentors.

What is a Live Course and its Benefits?