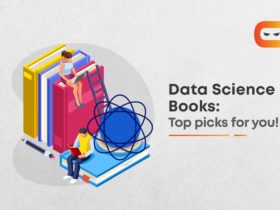 Django and Flask are by far the most common Python web frameworks, according to the 2020 JetBrains Python Developers Survey. Do you want to know which platform, Flask vs Django, is better for web development for you?

Flask vs Django is the most talked-about of the many common options available out there. There is a good reason for that, they are similar in some ways and different in others! This leads to a comparison of the two. While each of these web development frameworks has its own set of features, there are several things to consider before selecting one for your applications.

In this blog, I will show you the features of both Flask vs Django and do a comparison among them.

Django is a web application framework that handles many of the common functionalities needed to create stable and maintainable websites. It is a free and open-source web framework written in python. Django has a thriving community and also holds extensive documentation.

With Django, you get most of the features as a single product right out of the box. As a result, there are no problems with integration.

The following are some of Django’s features:

Let’s move on to the features of Flask.

Flask is a lightweight framework that is often referred to as a micro framework. Flask like Django is also written in Python. Flask comes with some basic features and allows developers to add as many libraries or plugins as they want to an extension.

Flask should be your first option if you have a quick, creative case that needs to be applied to an existing application. Begin your web development with Flask if you’re new to Python, so you can get a feel for both the backend and frontend, as well as learn the core concepts.

The following are some of Flask’s features:

Check out Nightwatch.js framework and the implementation of its automation.

Is flask easier than Django?

If you’re new to web development but not to Python, you’ll find it much simpler to get started with Flask since it feels quite similar to working with vanilla Python to establish request handlers, views, and other stuff. Django has a significant amount of overhead.

Which is better: Flask or Django?

Django is considered more popular because it comes with a lot of out of the box features and speeds up the development of complex applications. If you’re new to web development, Flask is a good place to start. Many websites are designed with Flask and receive a lot of traffic, but not as much as those built with Django.

Which is better Django or flask for beginners?

Before moving on to larger frameworks like Django, beginners can try Microframeworks like Flask. After learning the small pieces of Web Applications, you can probably use Django.

Flask has been updated 27 times since its inception in 2010. It is also the fastest-growing Python platform. Many Flask extensions, on the other hand, are no longer supported: the documentation is out of date, and the extensions are no longer being made.

Django is a free and open-source web platform written in Python. It follows the model-template-views architectural pattern. Flask on the other hand is a micro-framework that provides simple web app functionality without the need for external libraries.

So which is better?

If you want granular power, you should use Flask, while a Django developer relies on a large community to build unique websites. Django combined with the REST Framework allows you to create powerful APIs, while Flask takes more effort and hence has a higher risk of error. The best way to determine which framework best suits your project style is to create a few simple CRUD apps for both frameworks.