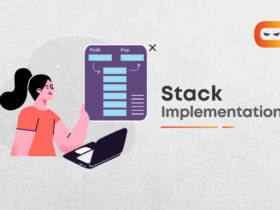 Every once in a while, some technical event occurs that affects people’s lives in some way. The emergence of the Python Programming Language was one such thing. Though Python is not recent, having first appeared in the late 1980s, it has grown in popularity over the last decade to the point where most programmers are interested in studying Python. We have compiled this exclusive list of the best resources to learn the Python Programming Language to make everyone’s life easier.

Python has helped create a large group of developers worldwide over time, and it has a large and diverse standard library of thousands of plugins for all your project needs.

Have you been thinking about learning Python? We’ve compiled everything you need to know about the basics of Python to start your journey!

Python is an object-oriented, interpreted, high-level programming language with dynamic semantics. The high-level built-in data structures, together with dynamic typing and dynamic binding, make it very promising for Rapid Application Development. It is used as a scripting or glue language to connect existing components.

But, how should you learn Python?

As a new programmer, here are few pointers to help you get the best out of the concepts you’re learning:

Take intervals
When learning, it is critical to take a step back to digest the concepts. The Pomodoro Technique is common and effective: learn for 25 minutes, take a quick break, and then repeat the method. Taking breaks is necessary for an effective study session, particularly when absorbing a lot of new knowledge.

Code everyday
When you are learning a new language, consistency is very important. Committing to coding on a daily basis can greatly aid in the development of muscle memory. While it may be overwhelming at first, imagine beginning small with 25 minutes a day and gradually increasing your time.

Take the interactive route
The interactive Python shell would be one of the greatest learning resources if you are learning about simple Python data structures (strings, lists, dictionaries, etc.) for the first time or debugging a program.

Make a note of it
According to research, writing notes by hand is the most effective method for long-term retention. This would be particularly useful for anyone aspiring to be full-time developers, as they would be required to write code on a whiteboard during interviews.

Let’s see what are some examples you can try.

Get Free Trial of the Python Foundation with Data Structures & Algorithms course.

Given below are a few basic Python examples that you can use to start your coding journey.

What is the main use of the Python Programming Language?

Python is used in almost any industry and scientific field imaginable, including:

4. Medicine and Pharmacology
-Medical diagnoses are made based on the medical history and symptoms of the patients.
-Examining medical records.
-Making statistical simulations to accelerate the discovery of novel drugs.

Is Python easy to learn?

Yes, Python is easy to learn. Its syntax is easy, and the code is quite readable.

Is Python written in C or C++?

Despite the proliferation of higher-level languages, C is still used to empower the world. The primary implementations of interpreted languages such as Python are written in C.

Is Python easier than C++?

Python has fewer keywords and more expressive English syntax, whereas C is more complex to write. This is why, if you want an easy development process, you should go for Python.

Should I learn C++ or Python first?

Python is unquestionably more similar to English and thus easier to learn. C++, on the other side, is very similar to the CPU and deals with memory allocation. As a result, if you are not cautious as a rookie, you can end up destroying your system with the wrong C++ program.

Python has no compilation steps. If you save your file as myprogram.py, all you need to do to run it is type python myprogram.py. There is no such documentation or clarity of thought in C++. Therefore, you should learn Python first before starting C++.

Why is Python so slow?

As a result, the Python interpreter examines each statement in accordance with Python language standards, such as allocating memory for variable storage, removing blank spaces and comments from the program, and performing other similar activities. This method is replicated with each line of code and greatly increases the overhead of program execution.

Is Python used in Big Data?

Python is regarded as one of the strongest data science tools for big data projects. Python and big data are an ideal match for integrating data analysis, web applications, or statistical code with the production database.

Is Python suitable for data analysis?

Python is well-suited to data analysis, and as a result, it is widely regarded as one of the most common programming languages for data scientists. Python is also regarded as a scripting language for general-purpose use. Engineers are able to complete projects in fewer lines of code thanks to Python.

How quickly can you master Python?

Learning the fundamentals of the Python Programming Language, such as object-oriented programming, basic Python syntax, data types, variables, loops, and functions, will take anything from five to ten weeks on average.

The Python Programming Language is robust, well-known, and used by beginners and professional data scientists. Many people take Python classes even as qualified data analysts to use its libraries. Learning the fundamentals of Python is the most effective way to learn Python in a matter of weeks.

What are you waiting for?

Give a boost to your interest in Python programming today!