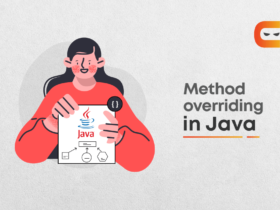 All developers start on their basic computers and popular operating systems such as macOS or Windows. But as they progress deeper into the development scenario, they require something that adds to their productivity, gives more room for customization and change, and allows them to call the shots on the usage of resources in their operating systems.

And finally, the ultimate question – in the battle of LINUX Vs UNIX, which one will emerge victoriously?

UNIX is an operating system that emerged in the 1960s and was the brainchild of Ken Thompson of AT&T Bell Labs. The operating system has been written in a powerful and popular procedural language – C. The utilization of C as the language for this operating system ensured that any future modifications can be made properly, the system will be accepted far and wide and offer significant portability.

The UNIX operating system is essentially a command-line operating system, which means that the operations performed are done through the command line. However, graphical user interfaces have also been developed that make the usage of the platform easier for beginners as well.

The UNIX operating system finds its usage in companies, enterprises, and universities in general. While UNIX does not win the popularity contest for students, it certainly does not mean that it can’t be used by students as well.

What are the features of the UNIX operating system?

LINUX is an open-source operating system that was developed by Linus Torvalds as a side project in 1991. The LINUX operating system, being open-source, gives a chance for people to customize and modify it based on their needs. Hence, a large number of companies and developers have created their own versions of this operating system utilizing the LINUX Kernel which is both used for internal purposes as well as free use for developers worldwide.

Now that we have introduced both operating systems, it is time to surface the differences between the two.

What are the features of the LINUX operating system?

UNIX Vs LINUX: What is the difference?

Is Linux based on Unix?

Linux and Unix are similar but their code bases are different.

Yes, Unix is still used in businesses, enterprises and universities as the main control unit, internet servers and personal computers as well.

Is Windows Unix or Linux?

Windows is neither Unix or Linux.

No, Linux based operating systems do not require an antivirus.

Does Apple use Linux?

No, macOS is a Unix based operating system.

And hence, to pick the ultimate winner between Unix vs Linux, you have to consider the use case first and then move on to picking what is best for you.