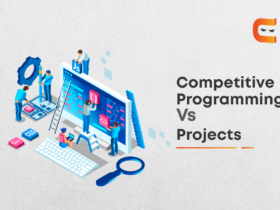 R and Python are great programming languages in their own right. With each having its set of benefits and specialties, the outcome of R vs Python in various conditions may differ as both of them have specific advantages they contribute to certain processes and prove to be more effective than the other in various situations.

However, skilled programmers can use both to their advantage and work their way around them. As languages, both of them can be used for multiple applications in data science and computing. That being said, Python is used for specialised data science fields, IT operations and deployment much more than R.

And, R is built by statisticians for statistical purposes. Mainly in the fields of analytics and statistical analysis, Python is also more universal in general, offering a readable syntax while R sticks to its language boundaries.

This article will cover R and Python both in detail, focusing on how R performs against Python or fundamentally, the topic of R vs Python with special importance on their differences.

R and Python are open-source languages and have huge developer forums and communities behind them which further enhance their viability. The huge involvement in these communities and the extensive use of these programming languages also assure that new tools and updated libraries keep getting added with all the platforms or IDEs supporting these languages becoming more effective as well.

R is a programming language based on the S-PLUS programming language powered additionally by lexical scoping semantics. Most of the codes in S-PLUS are not altered and can be still seen being executed in R. Further, R provides an open-source software environment highly useful for statistical and graphical purposes. It is observed to be used mostly by statisticians and data miners. Notably, R is maintained by the R Foundation for Statistical Computing.

R saw a lot of development since the time of S-PLUS, the commercial version of S. R’s predecessor S was founded in 1976 by John Chambers while he was working at Bell Labs. R was officially announced in 1995 with CRAN or the Comprehensive R Archive Network following soon by 1997. The official beta version which was declared to be stable was first released by 2000. As of 2021, R is one of the most popular programming languages globally.

R’s official software environments are GNU packages that are primarily written in R, Fortran, and C. Being written in R itself, it is a bit self-hosting in nature. R promotes object-oriented programming which has strong statistical computing standards and also supports the usage of Python, C++ or Fortran codes for manipulation and during computationally intensive tasks.

R offers state-of-the-art static graphics which produces high-quality graphs which are capable of even including mathematical symbols. R has support for interactive or dynamic graphics as well.

Python is a high-level programming language that is interpreted in nature which fundamentally means that it can be run without being compiled into machine language. Python is very versatile and adaptive and can be used for large-scale projects as well as smaller processes.

It follows an object-oriented methodology alongside a functional and structural approach that promotes logical, clear and readable codes. It is backed by an expansive standard library which furthers the viability of Python.

Python is a successor to the ABC programming language and was initially being developed during the late 1980s, finally being released in 1991 as Python 0.9.0. A newer and upgraded Python 2.0 saw its release in 2000 with Python 3.0, the best version to date, following in 2008.

Python 3 saw a lot of fame and increasing popularity alongside its release. It quickly grew to become one of the most popular programming languages in the world. According to Stack Overflow’s highly acclaimed Developer Survey, during 2020, Python was rated as the second most popular language globally.

With the help of various extensions and plugins, Python can also support logic programming. Python is modular and extensible in nature and designed to be able to be manipulated and upgraded with ease. Hence, Python does not have all of its functionalities built into its core, thus making it easier to build a programmed interface into an existing application.

Python is known for being simple, clear and logical. It is also known for providing developers with the option of choosing their coding methods.

R vs Python is a pretty debatable topic as both R and Python hold their ground in their specific fields. Both the languages have highly valuable benefits. And, they offer enormous utility in various projects. Here is how R performs against Python:

Even though R is limited to mainly being used extensively for statistical purposes, it has major contributions in many fields. Here are some applications of R:

Here are some applications of Python

It also helps in the development of ERP or business software as well. ERP stands for enterprise resource planning and these applications are great for business management and financial administration. Python offers features such as being scalable, readable and expandable which are all bonuses for ERP and other business applications.

Is Python or R better for data analysis?

What is the best language for data analysis?

Python and R can both be declared as the two best choices for data analysis, even though R is better at statistical analysis. Python can also hold its own against R in data analysis by offering more versatility and computational functions.

Which is better for machine learning, Python or R?

Is R easier than Python?

No, R is harder to learn than Python. The latter is a much easier programming language to pick up in comparison to the statistically inspired R.

Should I learn R or Python first?

One can learn R or Python based on the individual requirement and fields that he/she belongs from. Generally, it is more ideal to learn Python first. However, for statisticians and researchers, R is recommended.

Does R use Python?

Yes, Python can be used in R by just declaring the variables and indicating the chunk to run on Python instead of R.

Yes, Python is a general-purpose language empowered with versatility. Python armed with the right packages can achieve all that needs to be done through R. So yes, Python can definitely replace R.

What is R better suited for?

R is the best tool available for data science due to its immense collection of libraries and packages which allow data mining, time series analysis and other analytical operations.

Which is better for business analytics?

R is designed to be good at business analytics with its foundational core being focused on statistical analysis and statistical problems. Python is great for integration and manipulation of analytical deployments but it is not the best tool for business analytics as R can prove to be much more useful in this field with better econometrics and communicational abilities.

Python has all the abilities to take on R and replace it in data science. However, for statistical purposes and statisticians, R is always more effective and user-friendly. Hence, it is highly dependent on the objectives or tasks at hand when wondering whether to use R or Python.

The amount of time at hand or that one can use for the project and the tool allotted to the project by the company or demanded to be used by it make all the difference. Python is much faster and allows rapid deployment unlike R. So, time and speed form a huge factor when deciding upon R vs Python. Both are great tools but each has its fundamental core uses that either call out to developers or statisticians.