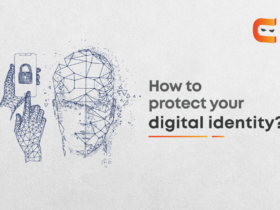 How to Protect Your Digital Identity?

Many IT firms have displaced their previous tech stack with MongoDB, and are hiring Mongodb developers at lucrative packages. Even real-time systems such as clocks, traffic lights are being driven by software paradigms, with this the dire need for a real-time database was acknowledged and the demand for MongoDB boosted up significantly.

Introduced in 2009, MongoDB is a widely used open-source relational database management system. A bundle of MongoDB features is similar to MySQL. On top of this, MySQL adds more to the table manipulating functions and preserving capabilities that highly contribute to its spiking demand.

The document data model adopted by MongoDB is highly efficient for storing and retrieving data that allows swift relay of information. MongoDB’s horizontal, scale-out architecture can back up huge volumes of both data and traffic. Many top-notch companies with an extended client base have adopted MongoDB as their prime database management system, such as HootSuite, Sony, and Zendesk.

How to install MongoDB?

Note: unless you specify a custom directory Mongo is by-default installed in the C:\mongodb directory**. Furthermore,you might alter the directory name based on your requirement.

MongoDB comes with a set of commands that can be run on the command prompt for swift manipulation of data. Let’s discuss the most popular commands used in MongoDB:

CRUD in MongoDB is the thoroughly recognised acronym for Create, Read, Update and Delete. As we are already aware, read and write operations can be carried out parallelly in the MongoDB platform and in order to carry it out effectively, we take the help of the following commands.

Which command is used to run MongoDB?

What is DB in MongoDB commands?

The in-built database of MongoDB is ‘db’, which is located inside a data folder. MongoDB can create databases as and when required. It is not necessary to create a database prior to you starting working on it. The “show dbs” command is used for displaying the list of all the current databases.

How do I view data in MongoDB?

collection. find() command is used for automatically iterating the cursor to display up to the first 20 documents. Use it to further continue the iteration. For accessing the returned documents within a driver, use the specific cursor handling mechanism with respect to the driver language.

How do I show collections in MongoDB?

To view the list of MongoDB collections, you need to type the Mongo shell command show collections in the command prompt . It returns all collections created inside the MongoDB database. It is mandatory to pick a database where at least one collection is present.

What is MongoDB collection?

A collection is referred to as grouping of MongoDB documents. Documents within a collection might possess different fields. A collection is analogous to a table in a traditional relational database system. Collections don’t enforce a schema. A collection is present inside a single database.

How do I connect to MongoDB?

For connecting your local system to MongoDB, you must set the Hostname to localhost and Port to 27017 . These values are the default for all local MongoDB connections, unless edited. Click on connect, for viewing the databases in your local MongoDB.

Concurrently to the various other relational database management systems, MongoDB also comes with a wide set of commands that come in handy for day to day use by MongoDB beginners. According to your use case, you might employ one or all of the MongoDB commands mentioned in the list above.

Level Up In Your Career With Our Premium Courses | Enrol Now

MongoDB is around a hundred times more efficient than the conventional database system such as RDBMS, which is not that efficient when compared to other NoSQL databases. MongoDB is also backed by deep query-ability, that is, you are allowed to perform dynamic queries on documents using the document-based query language which is at par with SQL.