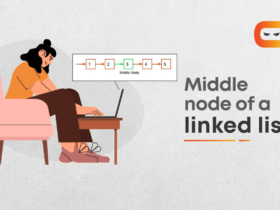 Design Pattern Based on Encapsulation in Java

The encapsulation concept is utilised for several design patterns in Java, one of which is the Factory pattern used to construct objects. For creating an object of those classes whose construction logic may vary and creating a separate implementation of the same interface, the factory pattern is a better option than the current operator.

JDK’s BorderFactory class is a clear illustration of encapsulation in Java since it generates various forms of Border and encapsulates the Border formation logic. In Java, the singleton pattern encapsulates how you generate an instance using a getInstance() function.

Since an object is generated within one class and not from somewhere else in code, you can actually modify how an object is created without affecting other parts of the code.

Abstraction vs Encapsulation in Java

Let us know how abstraction and encapsulation in Java differ from each other.

Why do we use encapsulation in Java?

The reasons why encapsulation is used in Java include the following:

1. Flexibility: It is easier and more versatile to modify the encapsulated code to meet new specifications. For instance, if the condition for adding/removing an employee’s project shifts, we can quickly amend the reasoning in the setter method () or given methods.

2. Reusability: Encapsulated functionality may be reused through different applications or inside the same programme.

3. Maintainability: Since application code is encapsulated in different units (classes, interfaces, procedures, getters/setters, and so on), it is simple to modify or upgrade a portion of the application without disrupting other components, minimising the developer’s effort and time.

4. Testability: Writing unit tests with an encapsulated class is simpler since the member variables are not spread all over the place, saving the tester time and effort.

5. Data Hiding: Since the member variables are not available to the caller function, the caller has little knowledge about the internal logic of the class. The caller just knows the parameters that must be transferred to the setter function (or any method) for it to be initialised with that value.

How do you explain encapsulation?

A class is a program-code template that makes it possible to create an object with both variables (data) and behaviours (functions or methods). A class is an indicator of encapsulation in computer science since it consists of data and methods packed into a single object.

Encapsulation may also apply to a process that restricts direct access to some aspects of an object, such as preventing users from accessing state values for all variables of a certain structure. Encapsulation may be used to conceal data representatives and data functions or methods connected with a class or object that has been instantiated.

What is abstraction and encapsulation in Java?

Abstraction is an object-oriented programming concept that “shows” only important attributes while “hiding” irrelevant details. The primary goal of abstraction is to shield users from unwanted information.

Abstraction is the process of selecting data from a wider pool to display only specific information of an entity to the consumer. It aids in the reduction of programming complexity and effort. It is one of the most crucial concepts in OOPs.

What are polymorphism and encapsulation?

Polymorphism in Object-oriented programming aims to enforce simplicity, allowing programs more extendable and software easier to manage. Inheritance enables the development of class hierarchies in which a base class passes on its behaviour and attributes to a derivative class. You may then alter or expand its capabilities. Polymorphism means that the correct procedure is implemented depending on the form of the calling object.

Encapsulation is the binding of data with the code that manipulates it. It protects the data and the code from outside intrusion.

However, only one interface is visible to the outside world, and most of the complexity is concealed. Besides that, the steering assembly is complete and self-contained. It has no impact on the operation of any other process.

What is an encapsulation example?

Below is an example of four fields with setter and getter methods.

What are the benefits of encapsulation?

The most significant benefit of utilising encapsulation in Java is data security. The following are some of the benefits of encapsulation:

1. Encapsulation protects an object from unauthorised client access.
2. Encapsulation provides entry to a stage, thus hiding the intricate information under the level.
3. It lowers the number of human errors.
4. Its server management is easier.
5. It simplifies the application’s understanding.

There are various divisions in a company, such as the accounts section, the finance section, the sales section, and so on; this is what we call encapsulation. When combined with abstraction, encapsulation in Java becomes a useful technique for easily hiding data and reducing code complexity. Learn data structures and Java algorithms the easy way from Coding Ninjas. Try for free now!