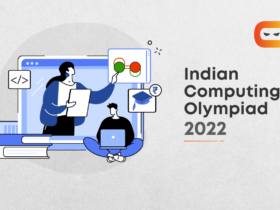 One of the oldest languages that gained popularity gradually but today, it has become one of the widely used languages. Yes, we’re talking about the mother of all languages, “C“.

Why is C++ being better than C?

As C++ is the subset of the C language, it develops high-level programming code with ease and efficiency. The code written in C++ is more structured as it binds the data into classes and objects. No need to be afraid of C++ because of its complexity. As it has more features and with more features comes complexity.
To get a deeper understanding of concepts with lots of coding practice choose our awesome and powerful C++ course that comes with a regular live assistant in case of doubts. Click on the link, get your free trial now, avail of great discounts and start learning.

What is the difference between C and C++ syntax?

Is C++ more powerful than C?

If I compare them on the basis of speed then C++ is more powerful but when one has to develop systems software, embedded software C stands first. For better security choose C++ and like that the list goes on.

Honestly, it depends on the understanding of the language a programmer has. Both languages have their pros and cons. If you like the traditional way of writing the code then choose C however if you like to have more features on the plate with the base syntax of C then go for C++.

In the era of high-level languages why choose 40-45 years old languages?? Because Old is gold and so C and C++ is .Modern Languages teach you how to reduce the number of lines in your code by providing in-built functions, however, C/C++ develops your logic and builds up your brain to solve more complex problems. The more you think, the sharper your programming skills get.

Should I learn C or C++ first?

Being the mother of all languages, one should first learn C as it sets the base of the programming and also helps the coder to build logics and train them to think like a programmer which is needed to learn C++ as it has more features and concepts.

At last, just don’t read about the difference between C and C++, understand both of them, get hands-on practice, do code and then decide which one you want to stick to according to your understanding and need.

And if you want to take a deep dive into the concepts, learn the powerful language you can go for our awesome and powerful C++ course that comes with a structured syllabus, lots of coding practice and regular live assistance in case of doubts.