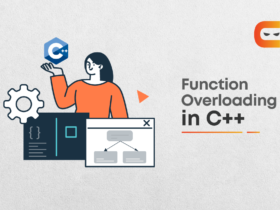 Swift was developed after carrying out detailed research on the existing programming languages. It is built using the contemporary approach to security and software design patterns laid down by Apple Inc. In the year 2014, Swift was referred to as “Objective-C without the C” by its developers.

The recent report indicates that the iOS industry is diminishing in popularity, due to the robust features being offered by Android. As of July 2019, iOS is being used by 22.1 per cent of mobile users, bringing it to the second most popular mobile platform. This indicates that Apple devices are preferred by many for their business and personal requirements.

With the ingress of Swift, iOS development gained momentum. Many IT firms moved their tech stack to Swift, a spike in the demand for Apple was seen and the demand for Swift developers increased. Know the flip and flop of Swift by reading below.

For a very long period of time, Objective-C was the leading programming language used for creating OSX and iOS applications. Objective-C comes with extended object-oriented features and a dynamic runtime and is considered to be a fundamental superset of C.

It has numerous features like generics, closures, and type inference that make it developer-friendly, simplifying common patterns used in Objective-C. as it simplifies the common patterns used in Objective C. Swift incorporates the features of both C and Objective-C, without having any direct inbuilt C compatibility and all the accompanying constraints, it completely redefines our concept of mobile application development for Apple products.

Here is your swift tutorial to check out

The language has a steep growth curve, this already indicates that it comes with multiple advantages. Let’s discuss the advantages of Swift programming below :

A considerable amount of third party code is used during developmental processes – reusable and often open source frameworks or libraries are added to your app’s source code. These libraries can either be static or dynamic.

The swift tutorial was first introduced to dynamic libraries to iOS. Static libraries are captured inside the code at compilation time and become a part of your executable file, thereby contributing to its size and load time. Whereas, Dynamic libraries, are situated outside of your code and are loaded only when required.

As mentioned by Jordan Morgan, iOS developer at Buffer, “[…] swift is the new toy and marked as the future. Objective-C is showing its age and will, eventually, be much less prevalent. But in the here and the now, the two must learn to coexist peacefully.”

Referring to this, there are two possibilities for using both of them in one project, You either add new features in Swift to the existing Objective-C codebase, alternatively, you may use Objective-C elements in your new Swift project.

This Swift tutorial is based on the Automatic Memory Counting (ARC) – this focuses on adding a garbage collector function that wasn’t added to iOS earlier. Other programming languages such as Java, C#, and Go also avail of garbage collectors for eliminating class instances that are not required further.

They are usually required to narrow your memory consumption but can add up to 20 per cent to the CPU. Before the introduction of ARC, iOS developers were forced to manage memory manually and constantly track the retain counts of every class.

As recommended by IBM, the idea to push the language in the cloud has proved to be successful so far. Server-side Swift is compatible with most of the widely used backend technologies. Similar to full-stack Javascript development, using Swift for full-stack development also allows extensive code sharing and reuse, accelerating the development process and decreasing the efforts. All the Apple devices are particularly backed by it, including Mac, MacBooks, iPhones, iPods, Apple TV and Apple Watches.

As mentioned by Apple’s Senior VP of Software Engineering, Craig Federighi, “We saw open sourcing as a critical element to make Swift reach its potential to be the language, the major language for the next 20 years of programming in our industry.”

Of course, because of the firm corporate support received from Apple and IBM, Swift quickly became one of the most active and dense open source communities. Besides, on Github Swift is the second most starred language, while Go occupies the first place.

For a recently introduced language, this Swift tutorial sure has a broad set of resources to assist developers to accelerate adoption. On top of the official e-books, there are specific community guidelines, podcasts, online and even real-life courses, third-party apps, and of course Swift Playgrounds – gamified learning experiences from Apple.

Apparently, this Swift tutorial seems to be perfect yet it has a few drawbacks that shall be discussed to provide you with a clear picture.

The language is still contemporary

Swift was officially introduced globally in 2014, this tends to be a long while back, but the language itself is merely seven years old, in comparison to Objective C that has been there since the 1980s. The latest update brought ABI stability across Apple’s platforms, backward compatibility with the earlier Swift versions, and updated documentation. These are significant steps for making the language acceptable.

But when we view it from a wider lens, the Swift tutorial is restricted to classical libraries, tools, and considered to be unstable after each subsequent release

At one point the Swift tutorial community is growing dense really fast,yet  it is still quite light in comparison to any other open source language. According to the latest report issued StackOverflow Developer Survey, a handful of 6.6 percent of the 87.354 respondents use Swift. Only a  few Swift developers out there have decent hands-on experience with Swift.

Mainly because of frequent updates, as already discussed earlier, it is most difficult to find the required tools for performing certain tasks. Furthermore, the official Apple IDE, XCode, doesn’t stand out in terms of tooling and support for Swift. There are a lot of issues reported by developers with respect to syntax highlighting, autocomplete, refactoring tools, and compilers.

Swift is only compatible with apps that target iOS7 and later. This implies Swift will not work on the legacy projects running on earlier versions of the operating system. Although, as per recent research, less than 5% of Apple devices currently run on iOS6 or earlier.

IDE (Integrated Development Environment) is the essential platform required to interact with the language. The IDEs that are compatible with Swift are:

Many times the native Apple IDE Xcode becomes unsuitable for working with Swift. Mostly, Xcode is sufficient for all operations of Swift engineering. It has a very user-friendly interface, autocompletion support, and a set of other features that make Swift engineering efficient. Furthermore, if you even require to use HTML, CSS, and JavaScript, Xcode acts as a simple text editor abstracting the options available with Objective-C and Swift.

The Atom text editor and IDE is created by GitHub. The power gets boosted if you combine native iOS development with other platforms and languages. Though Atom itself is classic, it has numerous open source packages provided by the GitHub community. These help you to customize the IDE for cross-platform and versatile development with autocompletion, advanced navigation, and other applications.

It was designed for iOS and macOS developers and was designed by JetBrains. The prime objective of the product was to improve development performance with the help of some refactoring tools analogous to the ones available in Android Studio.

This can be a sturdy reason for preferring AppCode over Xcode. Even though, AppCode still has restricted functionality with Swift in comparison to Xcode, such as lack of storyboards, app validation, and submission. Most importantly, AppCode users have to pay a subscription fee.

You can even consider using Visual Studio and any other IDEs for Swift/ The three IDEs mentioned above come with distinct advantages of working with the language.

Is Swift the Future of iOS Development?

In Spite of being new and having a few attendant controversies, Swift has already given us numerous success stories. Many top-notch companies that are robustly using Swift are Lyft, LinkedIn, Coursera, Pandora, Vimeo, Twitter, Fitbit, and Groupon. Recently, Facebook and Uber have expressed their inclination towards Swift.

Swift has become even more reliable with the latest update, yet there is a long way to go. Even though Apple is creating its own ecosystem with a steady ABI over its platforms, it is still short on tooling and support for the initial versions, which is anticipated to be resolved in the upcoming versions.

Finally, Swift as a language will continue to grow, which will soon trigger full displacement of Objective-C as the leading first-class language for iOS mobile application development.

It is really crucial for business owners to be prepared to accept any updates the market might suggest. Thus, they must be prepared with a strategy to adapt to a contemporary language with the least effort and at a reasonable cost.

What is Swift programming language used for?

Swift is a compiled programming language for iOS, macOS, watchOS, tvOS, and Linux applications. Swift is eventually going to become a dominant language for iOS development.

What language does swift use?

Chris Lattner initiated the development of Swift in July 2010, with the eventual collaboration of many other programmers at Apple. Swift has taken references from programming languages including Objective-C, Rust, Haskell, Ruby, Python, C#, CLU, and a few more that can be added to the list.

Is Swift faster than C++?

Swift isn’t conventionally faster than C or C++. The reason behind this is quite clear, Swift comes with a lot of default hand-holding. Swift has efficient memory management capabilities. C and C++ don’t have come with that; it is at the discretion of the developer to implement memory management and keep track of the bugs that Swift manages automatically. These operations that Swift performs to manage things cost time and resources. That’s why Swift is a bit slower than C++.

Is Python easier than Swift?

Yes, Python is easier than Swift. If you have preliminary knowledge of Python then learning Swift becomes extremely easy. Owing to its dense community Python developers even get assistance throughout and possess a well-written documentation.

Can you use Python in Swift?

Yes, You are allowed to import Python modules from Swift, call Python functions, and convert values between Swift and Python.

Is Swift better than Python?

As Swift is backed by Apple, it is considered to be the best choice for developing software for the Apple ecosystem, whereas Python has a wider scope of use cases but is essentially used for back-end development.

After going through the benefits of Swift any iOS developer would prefer to learn it as it is a progressive and promising career domain. If you want to learn Swift from scratch, it is highly recommended that first; you acquire some hands-on knowledge about Objective-C and create a few apps on it.

This will assist you a lot in learning Swift, as Objective-C is the predecessor language of Swift.

Transition to Swift becomes very elementary for Python developers. If you invest your time and resources in learning Swift, it will be turn-in very fruitful for you as most of the iOS development companies are hiring Swift Developers for the maintenance or re-creation of their apps.