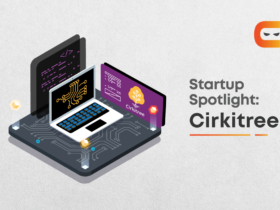 The Electronics Startup Story Of Cirkitree

In this article, we’ll learn about different Linux commands to understand how you can use this technology.  Linux is a UNIX-like operating system kernel with applications in nearly every industry. There are numerous Linux distributions including Red Hat Enterprise Linux, Debian, Ubuntu Linux, Fedora, etc.

It is mainly used in running servers because it is an open-source solution. Linux also forms the basis for Android development.

Linux Commands And Their Uses

There are many Linux commands. They are case-sensitive and allow you to perform specific functions by entering them into the Linux terminal.

You can perform all Administrative tasks with the help of Linux commands. Following are some of the most important and fundamental commands that you should learn:

You can use the ‘ls-R’ command to show all the files (including the subdirectories). However, note that it’s a case-sensitive command hence ‘ls-r’ or ‘Ls-R’ wouldn’t work.

The ‘ls-al’ commands give detailed data about the files. It will tell you about the owner and the creator of the file, the file size, date and time, the number of hard links to the file, etc.

In Linux/UNIX, you can’t view certain directories and items unless you request for them. These items are hidden files and start with the period symbol.

To see and list hidden files in Linux, you’ll have to use the ‘ls -a’ command.

To create files in Linux, you’ll have to use the ‘touch’ command. You can use this command to create any kind of file, including zip files as well as txt files.

Command to see the directory

If you want to find out which directory you’re in, you will have to use the ‘pwd’ command. It will give you the absolute path, the path starting from the root. The root is the base of a Linux file system and is denoted by ‘/’ (a forward slash).

Command for going to a directory

Keep in mind that you’ll have to use the exact name of the folder while using this command. However, if a folder’s name contains multiple words such as Coding Ninjas, then you’d have to use backward slash as Linux will take the second argument as a different one.

To delete files in Linux, you’ll have to use the ‘rm’ command. The ‘rm’ command would remove files from your system without requiring any confirmation. The syntax for using this command: rm filename.

If you want to move a file from one place to another, you will have to use the ‘mv’ command. Suppose you want to move the file ‘sample’ to the location /home/CN/Documents. Then, you’ll use the command:

Command for creating a folder

If you want to create a folder or a directory, you’ll have to use the ‘mkdir’ command.

What are Linux commands?

Linux is a Unix-like OS and you run all Linux commands in the Linux system’s terminal. They are case-sensitive and help you perform various tasks including creating new files and deletion.
These commands are inputs that you enter in the Linux terminal, which performs the actions specified in the commands as the output. All Linux commands execute after you have typed them in the terminal and hit the Return (Enter) key.

What are the most common Linux commands?

Although Linux has a plethora of commands, the following are the most common commands in Linux:
1. chown command
2. rmdir command
3. rm command
4. cd command
5. ls command
6. mkdir command

How do I learn Linux commands?

In computing, commands are directives to a computer program to perform specific tasks. You may issue a command through a command-line interface (such as a shell) or as input to a network service as part of a network protocol. You can also issue a command as an event in a GUI triggered by the user selecting an option in the menu.
Commands allow you to instruct your computer about what tasks you need it to perform.

How many commands are there in Linux?

Linux has too many commands to count. We can say that it has an infinite amount of commands that you can use to perform various functions. However, keep in mind that Linux itself doesn’t have any commands. It’s a kernel.
Seems too daunting? Don’t worry because as you’ll practice Linux more, you’ll learn the commands that you need along the way.

What are the basics of Linux?

Linux is among the most popular operating systems and has been available since the 90s. It has the following OS components:

Linux software is highly versatile and has applications in many areas. That’s why it’s an excellent technology to learn.

What is the file system in Linux?

Linux file system is a built-in layer of a Linux operating system. We use it to handle a storage’s data management needs and arrange the file on the disk storage. The Linux file system helps us in managing the file size, creation date, the file name and other related information of a file.

Why should I learn Linux?

Linux is widely popular and is a highly versatile solution. It’s ideal for software development and has become a must-have for any software professional. Linux provides the option of using low-cost servers that are compatible with nearly every web development language available. Learning Linux will make you a more attractive candidate among recruiters and hence, make your professional journey much easier.

Linux is an operating system kernel. It has various uses in different sectors, however, it is primarily used in running servers that power the internet. Linux commands help you in performing specific functions through the Linux terminal.

Some of the most important Linux commands are:

Understanding these important commands will help you dive deep into the Linux system and use it in several areas of your work.