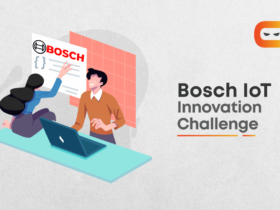 How To Prepare For Bosch IoT Innovation Challenge?

Python is one of the most popular and fastest-growing programming languages in the world. Numerous open-source libraries have been created to make life easy for programmers and save several intensive hours of programming.

However, there are 137,000 Python libraries! And it can get pretty overwhelming for a beginner to research, sort, and select the libraries he needs to learn.

Here is a list of the top 10 open-source Python libraries that you must know in 2021:

Scrappy is one of the most popular Python frameworks to extract data from various websites. It is a simple, fast and efficient tool. It helps programmers extract structured data that can later be used for machine learning models. Scrapy follows the ‘Don’t repeat yourself’ principle in its interface design. Globally most data scientists use it to gather data from APIs.

Scikit-learn is one of the most helpful Python libraries for Machine Learning. It is useful for predictive data analytics and statistical modeling. It is built using Python on top of SciPy, NumPy, and Matplotlib. Certain Scikit-learn features consist of limit regression, clustering, classification, and dimensionality reduction, all using minimal lines of code.

To install Scikit-learn, use code: pip install -U scikit-learn

Data scientists use Pandas to perform data analysis and data manipulation. Pandas is built on the Python programming language. It is extremely powerful, flexible, and fast. It can be used to read files like CSV, Excel, SQL, and more. It can handle high-performance data sets. And according to the requirement, it can also perform data segregation and segmentation.

It can handle missing values and outliers. One of the best features of the Pandas Python library is its ability to translate complex operations with data using only one or two commands. It has many inbuilt methods for grouping, filtering, and combining data, making the entire data manipulation process effortless.

NumPy stands for Numerical Python. It can perform scientific operations and everything related to single or higher dimensional arrays. It includes a multidimensional array of objects and a collection of routines for performing the operations. NumPy Python library is versatile, interactive, and quick.

Tensorflow and many other libraries use NumPy internally to perform multiple operations on Tensors. The most crucial feature of NumPy is its Array interface. NumPy is used to express images, sound waves, and other binary raw streams in the form of an array of real numbers in N dimensions.

At present, the most popular Deep Learning library worldwide is Google’s TensorFlow. Google uses machine learning in all of its products for improving search engines, image captioning, translation, and recommendations. TensorFlow is a part of almost every Google application for machine learning. It is very flexible, easily trainable, and has a massive community for support.

Keras is used to train Deep Learning models. Keras runs on the top of the machine learning platform TensorFlow. It is fast and easy to use. It gives programmers a more straightforward mechanism to express neural networks. It runs very smoothly on both GPU and CPU. Keras also supports most neural network models, including convolutional, pooling, embedding, fully connected, and recurrent.

These models can further be combined to create even more complex models. Keras is used at Uber, Yelp, Netflix, Square, and many others. It is trendy among Deep Learning startups and is also a favourite among researchers. Large scientific organisations like NASA and CERN also use Keras.

PyTorch is developed by Facebook’s AI researcher and is used worldwide for Natural language processing (NLP) and computer vision. PyTorch was introduced in 2017, and since the beginning, it has gained massive popularity, and developers are increasingly adopting it.

It is the most extensive machine learning library that allows developers to perform tensor computations with an acceleration of GPU, create dynamic computational graphs, and calculate gradients by itself automatically. It has a hybrid front end that makes it easy to use and offers higher flexibility.

Matplotlib enables data scientists to create attractive visualisations for 2D plots and arrays. It is the most popular data visualisation library worldwide. It is built on the top of NumPy arrays and was designed to work with the SciPy library. It includes a vast number of charts that give programmers a wide variety to choose from. Some of them include line charts, scatter plot, histograms, and bar plot.

What are libraries in Python?

A Python library is a collection of built-in modules that eliminate the need for coding from scratch. Programmers can directly call the libraries to use in their code and make the programming process simpler.

What are the important libraries in Python?

The top 10 list is given above, but the five most important libraries are as follows:
1. Numpy
2. Pandas
3. Matplotlib
4. Scipy
5. Scikit-learn

How do I get a list of Python libraries?

For listing all the installed packages from a Python console using pip, you use the following script:

What is the Python standard library?

The Python standard library consists of several scripts and modules that help programmers simplify the programming process and eliminate the need to rewrite common commands. The programmers can call or import the models at the beginning of the script.

How do I view Python libraries?

What is Pure Python?

Pure Python is a package that contains only Python code. It does not include code in other languages like C. To run a pure Python package, a programmer needs only an interpreter and the Python standard library.

The top 10 open-source Python libraries mentioned above are sure to give an excellent kickstart to your Python journey.

Excited to implement? Here are a few more blogs to help you learn more:

Preparing for your technical interviews? Here are some other blogs to help you out: