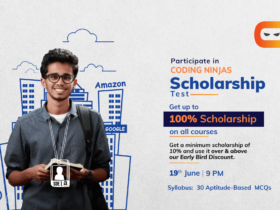 Databases are the backbone of a piece of software. Without the interaction of your application with the information you receive from the user, your application is nothing more than just a showpiece sitting on the table, getting appreciated for its beauty but has no real-life use.

Databases are utilised in several different ways – to respond to the user’s actions, to alter the behaviour of your application based on the user’s interaction and even to predict and suggest the users. MariaDB Vs MySQL has been created with the same vision and by the same creator. Which one actually performs better then? And which one should you use for your upcoming project?

Read on to find out.

What is Maria DB?

MariaDB is a database that is written in C, C++, Perl and Bash. It is essentially forked from MySQL, another relational database. Michael “Monty” Widenius is the creator of both MariaDB and MySQL and named both the databases after his daughters. Monty created MariaDB after the acquisition of Sun Microsystems by Oracle. MariaDB is compatible with MySQL and has a similar development structure with added features and benefits.

MySQL is a database that is relational in nature and is widely popular when it comes to choosing a database for all the developer’s needs. MySQL was created with the hope to counter the Oracle database and Microsoft’s database management systems. It is an open-source database and has been trusted by huge companies like Google and Yahoo!. Many top websites like Wikipedia have used MySQL to fulfil their database needs.

MariaDB Vs MySQL: Which one should you use and why?

According to Google trends, MySQL has been significantly more popular than MariaDB when it comes to people performing web searches about both the topics.

So which is actually better?

MariaDB was created as a fork of MySQL offering full compatibility since the index and the basic database structure of MariaDB is similar to MySQL. This lets developers and enterprises convert into MariaDB without much hassle.

MariaDB has more storage engines than MySQL. Since MariaDB was created after MySQL, it is obvious that MariaDB will be faster than MySQL. MariaDB can support a humongous thread pool more quickly and efficiently. MariaDB has support for enhanced replication and updation. In addition to this, MariaDB has also incorporated new features in accordance with the latest technologies such as support for JSON.

However, MariaDB lacks the features of the enterprise edition of MySQL. MySQL also runs faster than most of the relational databases that are available today. Being open-source and older, MySQL is tried and tested by a lot of developers and the community base for support of MySQL is comparatively larger than that of MariaDB. MariaDB has been trusted by companies like Accenture and MySQL has been trusted by companies like Uber, Netflix, Dropbox etc.

Although MySQL is a great and popular tool, developers find it a bit tedious to scale applications built with MySQL. It is not preferred for large amounts of data.

MariaDB although has grown its roots into the developer environment but it is still comparatively new to the scene. To get the required support for MariaDB you will have to take paid services.

Is MariaDB the same as MySQL?

No, MariaDB has been forked from MySQL.

Can I use MariaDB instead of MySQL?

Yes, you can use MariaDB instead of MySQL.

What is MariaDB used for?

MariaDB is used for catering to one’s database needs.

No, MySQL is still trusted by a lot of companies.

How can I get a free MySQL database?

You can get a free MySQL database from different hosting websites which offer database hosting services such as hostinger, hostgator, bluehost etc.

MySQL and MariaDB both have been cut out from the same cloth. MariaDB is fairly new and offers more support and features while MySQL has been trusted and has been present for over 20 years now. As of now, one can use any database that one wishes to.

However, if a developer has to work with a company and is looking at which database to choose from a job perspective, he has to look up the company and the database that they use and learn accordingly. MariaDB definitely has more features but MySQL has a larger community which will help you learn faster. Whichever database you choose, make sure you gain complete expertise over it and its concepts.

How Is The Java Platform Independent?