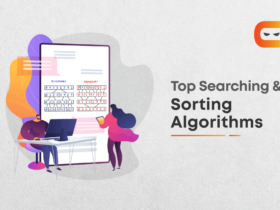 Top Searching and Sorting Algorithms For The Coding Interview

The above GIF is a visual representation of a developer (beginner or experienced is not in the question) working to alter the CSS of his website. Although CSS is the crucial part of a website to make the website look stylised and pretty centre aligning a div becomes a common nightmare for all the developers out there.

Now imagine you have a tool that lets you do all the heavy lifting while you worry about the features and functionalities of the website.

But which framework should you actually choose? What are the pros and the cons of each framework? Which is the most popular framework? How can you mould these frameworks for your particular use case?

You really do have plenty of questions. Let’s answer them all. Read on.

Bootstrap is one of the oldest and most popular frameworks which harnesses the power of flexbox and grid system to make websites look pretty and responsive. It uses the ideology that a web page is divided into 12 columns and these columns can be utilised to set the sizes of the content which we place on our website.

Here is an example from the official bootstrap documentation to set three equal containers on a web page:

Bootstrap is a bundle of humongous pros. With Bootstrap, developers do not have to worry a lot about the elements on their website being responsive or otherwise. A proper HTML structure coupled with the correct Bootstrap classes will be the only necessary things to make your website a responsive one. The number of options one has with Bootstrap is also in large numbers.

However, since Bootstrap is used by a large number of websites, they all look structurally the same and provide the same user experience. If you wish to add more customisation to your website, maybe Bootstrap will not be ideal for you. In addition to this, Bootstrap handles responsiveness for four ideal screens and if you are targeting a device that has a different screen size, then you will have to write the code on your own.

Foundation, as the tagline says, is the most advanced responsible front end framework in the world. Bootstrap and Foundation are necks to neck in the race of becoming the best framework for the use of developers all around. Foundation was built to support rails and is inspired largely by its principles.

Here is a code snippet from the official Foundation docs which will help you understand how the grid system works in Foundation:

Foundation is a CSS framework for both the styling of websites and emails. Foundation gives the developer complete control over how he wants his website to appear. There are certain components that are more than just a UI layout within Foundation which becomes a boon for a large number of front-end developers when their projects are supposed to be scaled at a huge level.

A few developers know about Foundation with the presence of Bootstrap in the scene which makes it difficult to find skilled people who would know how to utilise the potential of Foundation to the fullest.

Bulma is another CSS framework that relies completely on CSS without having to use JavaScript for its components. Bulma’s components have a far better design than Bootstrap components and if the developers are looking for a tool to make the default stuff on their website look pretty and clean, Bulma is your go-to tool.

Here is an example of a code snippet from Bulma’s official documentation:

Bulma is extremely easy to learn and readable when you have a good command over CSS. The designs follow a minimalist and elegant approach which automatically becomes the cherry on the cake of your amazing website.

UI-kit as the name suggests is the perfect kit for user interface components if you are on a hunt for minimalism within your designs. The code is clean and so will your website look if you incorporate UI Kit into your CSS. If you are a developer who does not know design at all, UI Kit will save you in a lot of ways.

Here are a few examples from the official Ulikit website which will one hundred per cent convince you to use this in your next project:

As you can clearly see above, the designs are elegant and minimalist in their true sense and have followed all the protocols for a beautiful UI design. However, UI Kit cannot be used with React and hence if you are looking for something to be mixed with your front-end React stack, you might need to let UI Kit go for good.

Semantic UI has a lot of themes and options available for the custom styling of your website. Semantic UI although is similar to Bootstrap at its core but one significant advantage that it provides is that the defaults look a lot better in Semantic UI and you do not have to do a lot of heavy lifting when it comes to stylising the default components.

However, Semantic UI is said to have a comparatively steep learning curve but you can definitely try it out once to see if that is a perfect fit for you.

Drawing inspiration from Google’s Material Design, Materialize is a framework that is gaining significant popularity as one of the top CSS frameworks. Materialize is suitable for those who wish to get their work done in the least amount of time possible. Like Bootstrap, Materialize is also a preacher of the 12 column grid format.

However, as the initial problem with Bootstrap was that every website was using Bootstrap, now with the increase in popularity of Materialize, the day isn’t far when every website will have a similar look and feel because they all will be utilising Materialize but that should definitely not stop you from exploring a tool which will cater to all your design and responsiveness needs.

Pure.css is a brainchild of team Yahoo! Pure.css is a gem because you do not have to import the entire CSS to use a small part of it. It has been broken down into small components and modules which can be downloaded and used separately within your webpage. This helps in making your website faster and more pretty.

Skeleton, as the name and the tagline, suggest is far from a CSS framework. It only has 400 lines of code which essentially gives you a starter template for your website and is perfect for small projects which need to be completed quickly. If you are participating in a competition with a time constraint, Skeleton is definitely all you need.

A name truly defines the insides. Milligram is just a 2KB framework designed to offer minimalism and proper customisation to the website.

Tailwind CSS is another framework that is slowly gaining popularity and trying to become a competitor to the already existing giants of CSS frameworks such as Bootstrap, Materialize, and Bulma. Tailwind is written utility first instead of semantic first which can be a little challenging for the beginners to comprehend but utility CSS has its own separate fan base.

Find out the Major Difference Between CSS, CSS2, And CSS3

For a beginner developer, Tailwind CSS proves to be the most productive CSS framework. It has a smaller bundle size and is completely configurable and customisable.

Which CSS framework should I use?

Depending upon your use case scenario, you can use any CSS framework from the ones mentioned in the article above.

What does a CSS framework do?

A CSS framework helps the developer to write clean and efficient code with the least amount of effort.

What is the most used CSS framework?

Bootstrap, Materialize, Bulma and Tailwind are some of the most used CSS frameworks.

Which of the following are examples of CSS framework?

Is CSS a language?

CSS or Cascading Style Sheets is a style sheet language that is used to stylise web pages.

Is bootstrap the best framework?

Bootstrap is one of the widely used frameworks however there are other frameworks that offer more and better capabilities than Bootstrap.

There are a lot of scenarios where you will just need to complete your work within the deadlines and then you cannot worry about both the features and the design of the website if you are working in a small team.

Learn one of the most powerful and portable programming languages C++ and become eligible to apply for the positions at Google, Microsoft, Facebook, Amazon, etc.

CSS frameworks are built to be utilized and hence you should keep on experimenting with different frameworks, tools, and technologies that aids in productivity increase and helps to create better and beautiful designs.