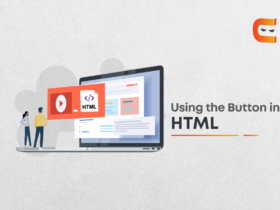 Before we hop onto JSON vs XML, let us understand that there are large volumes of data just flying around. Be it mobile applications, web applications, or even desktop applications, data processing has become vital for providing the users with a customised experience by responding with logic in accordance with the user’s interaction with the website.

There are two powerful tools available for fetching, processing, and interchange of data popular in the current time – JSON vs XML.

But which one is the most suitable for your application?

Which one offers better readability?

Which one offers better performance.

JSON or JavaScript Object Notation is a premium tool for data interchange over websites. JSON as the name suggests has been written in JavaScript. However, its applications do not depend on any particular language. JSON gained popularity over the last few years with the rising popularity of REST APIs.

But why exactly is JSON preferable over the other conventional tools that exist?

JSON is easy to read and has in-built parsing methods which does away with the need of writing code manually for parsing data. Having these features incorporated into itself, JSON becomes a better choice when large volumes of data have to be interpreted and processed in less time.

Do you remember clicking ‘allow’ to popups on your browser screens for allowing websites to use Flash?

Earlier, Flash or Java applets had to be used to initiate a communication link between the server and the browser. JSON emerged as a solution to the issue and brought forward a stateless and real-time tool for server-browser communication without loading the website with any additional plugins.

Douglas Crockford was the one who specified JSON and made sure it was popularised enough. The official website (json.org) came into the picture in 2002 and by 2005, big companies like Yahoo! started to utilise JSON in their web services.

A JSON code snippet containing the information of this blog.

Extensible Markup Language or XML has been one of the oldest and widely trusted choices for the interchange of data. XML offers not only data exchange but also has support for data validation. For this particular reason, XML is preferred in applications requiring data security and validation – banking applications, e-commerce stores are few examples that utilise the features of XML in their web applications.

XML was released for the first time in February 1998 developed by a team of eleven developers. It is a subset of SGML. The fun fact is, these eleven people were never in the same room while developing XML. Too much inspiration for today’s work from a home setting.

An XML code snippet containing information about this blog.

Structure of XML vs JSON

Here is an example of a code snippet in both XML vs JSON containing details of one of my favourite tracks.

Exciting Scholarship Programme by Coding Ninjas to upskill this summer.

Which is the best JSON or XML?

It is important for developers to learn both JSON and XML when it comes to data exchange. JSON and XML both have their separate use cases and they both will continue to co-exist for a long time now.

What is the difference between JSON and XML when you would use JSON vs XML?

The difference between JSON vs XML can be understood by reading the blog above. JSON can be used when you need faster processing of large volumes of data but if you require security and do not mind external processors, XML is your go to thing.

Why is XML more secure than JSON?

XML is more secure than JSON since it has an in-built validation support.

JSON is an emerging technology given the fact that modern applications nowadays utilize Cloud and APIs and JSON fits in perfectly with such applications. However, XML is user friendly, more secure and offers the users a fairly customised advantage. Many applications have their codebase written in XML already and hence where you will be working and contributing also plays an important role.

When there are two separate tools available, biases towards one tool leads to restriction and rigidity of your ideas. Being a developer is all about solving problems. Whatever problem you have in front of you, think and analyse which tool can be better for your application in terms of scalability, ease of implementation and performance.