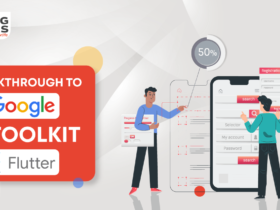 The growing demand for Google’s Flutter

Usually, programmers have a doubt regarding which OS is best for programming. The answer to this question is not general, it is derivative. For figuring out the most suitable operating system for a programmer we need to take several factors into consideration including the features of the OS.

The computing of its central processing unit (CPU), its random access memory (RAM), the project on which you are working, the software that you require, and of course, the personal preference of the programmer. This article will analyse the various career domains and the preferred operating system of the experienced professionals working in that domain. Also, the three popular operating systems are being discussed along with their pros and cons.

Every computer must have an Operating system to work effectively. An operating system is responsible for managing and allocating resources(Memory, CPU, and Storage) to all the programs running in the device.

The Operating System is designed to make computation easy, by enabling multitasking. For instance, when you maximise a video for watching a video or playing a game, all the background applications are kept running by the operating system.

Operating System also maintains and controls the antivirus, therefore, if any threat is detected all the processes are halted and the antivirus pop-up dialog is given the highest priority. The operating system coordinates between all the tasks being performed by the computer to make sure that each program gets what it needs. Modern operating systems use Graphical User Interface(GUI) i.e. everything is displayed on the screen using graphics and text and a mouse can be used to click buttons, icons and menus.

Finding difficulty in programming, here are the roadmap for non-engineer students.

Popular Types of OS Programming in 2021

For beginners Linux Mint is a better option, after you have used Linux Mint for a while you can switch to Ubuntu. Linux is considered to be the most efficient and remarkable operating system for software development.

Mac OS comes from the tech giant Apple, it is the second most used operating system in the world.

Windows is the most user-friendly OS that comes with a wide range of utility software. The earlier versions of Windows have now been replaced by Windows 10, therefore, we are going to discuss it.

The most intrinsic factor for deciding on the best operating system for programming depends on the career domain of the programmer. We have mentioned the most important factors according to the distinct career domains.

Software developers have to build the source code of a project from start to end. The process of Software Development includes the entire process of creating prototypes, designing user interfaces, programming, fixing bugs, testing, and maintaining applications.

Even though personal preference is a major factor, software developers prefer macOS, Windows as well as Linux systems for building software. Some of the developers even maintain two systems or have dual-booting. They might use Ubuntu or macOS for development and Windows for their personal tasks such as media or gaming. Further, a large number of Software Developers prefer Linux (Unix) for work purposes.

In contrast to software developers who focus on creating digital software, web developers deal with creating websites and web apps that are run on the computer’s Internet browser such as Google Chrome, Mozilla Firefox, etc, or on any other digital device.

Linux, macOS, and Windows are highly preferred operating systems for web developers. Although, Windows has an additional advantage as it allows to work simultaneously with Windows and Linux. Using these two Operating Systems allows web developers to use the necessary apps including Node JS, Ubuntu, and GIT.

The most suited operating system for a software engineer also depends on the engineer’s preference. The feedback from various software engineers suggests that Mac is better suited for Software Engineers, as the terminal offers more in comparison to the Windows terminal.

Windows Operating System uses a Command Prompt, a.k.a the newer “PowerShell” terminal, that comes with a programming language that is not commonly used. You can use Windows 10 effectively if it is coupled with Linux.

Each Operating System comes with a handful of advantages and disadvantages. You can read below to get a proper understanding of the popularly used operating systems and then make a final call.

Data Science is one of the most promising and evolving careers paths for skilled professionals. Data science involves collecting data from a range of different sources, organizing the information, translating results into solutions, and communicating their findings in a way that positively affects business decisions. regarding the future.

Data scientists majorly prefer Linux over Windows and macOS. Windows is not a better choice for data science as it fails on the computing speed compared to Linux. Also to use docker containers using NVIDIA Docker which is an NVIDIA GPU, only a Linux-hosted Machine can be used.

Although personal preference also plays a major role, most data scientists tend to prefer Linux over Windows owing to its high computational power, flexibility, and a large number of free applications.

Machine Learning is a subset of Artificial Intelligence that allows systems the ability to automatically learn and improve from past experiences without the need for being explicitly programmed.

Machine Learning can be done on any operating system of your choice and convenience. However, the choice of operating systems to be used depends on the requirements. In general, if you are using standard software packages like JMP and RapidMiner for basic operations like analysis and model creation then go with Windows. However, Python, R, and Octave, the top three programming languages for Machine Learning, run best on Linux-based operating systems.

Each Operating System comes with a handful of advantages and disadvantages. You can read below to get a proper understanding of the popularly used operating systems and then make a final call.

Which OS is best for programming?

There is no specific operating system that is considered to be perfect for programmers. It mainly depends on the career domain, software used specification of your device, and your workplace culture. Still, programmers usually prefer Linux because of its versatility.

Yes, Linux is the best for programming as it compiles many programming languages significantly faster than windows. C++ and C codes will actually compile faster on a virtual machine running Linux on top of a computer running Windows rather than directly on Windows.

Apple is better for programming as it comes with a UNIX based command line. Programming becomes easier as you are allowed to run programs in almost any language. UNIX is also more secure by default as compared to Windows. Mac has proved itself to be safer against hacker tools such as malware, trojan horses, and viruses.

Yes, Ubuntu is really good for programming. Ubuntu’s Snap feature makes it the best Linux operating system for programmers as it also finds wide applications in coordinating web-based services. Most importantly, Ubuntu is considered to be the best OS for programming because it comes with an in-built Snap Store.

There are hundreds of operating systems out there, you must take out time and take efforts to use at least a few of them so that you can analyze your exact requirement. If you find an operating system that fits your criteria, you can finally navigate to it and host all your content on it.

It is ultimately the developer’s requirement and budget that decides on the operating system he uses. We have brought up a clear picture of the limitations and advantages of popular operating systems. You can decide and select the most suitable one for you according to your criteria and work domain.