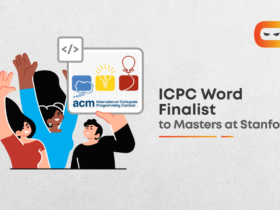 Many of these languages are analogous to each other and have a common utility or script. Many languages are derivative and if you learn anyone, you can easily get a grasp on the other. So, for standing out as a software developer with cutting-edge programming skills, you need to acquire knowledge about a handful of programming languages.

Since you are going to spend your time and resources learning it, you must first analyse the scope, difficulty-level, domain, utility, syntactical-origin, applications, the feasibility of the target language. There are various kinds of programming languages, some that are used for multiple purposes such as Python, which is used for development as well as data analytics. While some are used only for a single purpose, such as Google’s Kotlin is used for cross-platform mobile app development.

Preparing for technical interviews? Read this blog to know more.

The knowledge that you possess and the technologies that you have been working on should be aligned with the new programming language. For instance, for an Android developer who already knows Java, Kotlin is recommended but for a web developer, Javascript is recommended.

So, prior knowledge and technical domain are two key factors that assist developers in concluding their decision. Apart from that, you must analyse the popularity of the programming language you are willing to learn, a higher popularity comes with a dense community for learning and growth.

To ease your decision-making, we have prepared a cheat sheet for you that represents the 11 best programming languages for beginners and experts to learn in 2021.

Back in the 1990s when Guido van Rossum developed Python as one of his side projects, no one anticipated that one day it would surpass Java and emerge as the most popular programming language, globally.

Concluding from all the top industry rankings and survey rankings, we strongly recommend you to learn Python. From its initial stage, Python focuses on enhancing the developer experience and making the IDE user-friendly, so that even school kids can try their hands-on coding. In the year 2008, Python went through significant amendments and emerged as a more efficient language, Python 3.

Python developers earn an average annual salary of about $72,500.

Since its development, JavaScript evolved into a high-level, multi-paradigm, dynamic programming language. A major breakthrough for JavaScript was in 2009 when the cross-platform JavaScript runtime Node.js was released and it was enabled to run on the Server Side.

Post-this, in 2010 Google released AngularJS, it is a JavaScript-based Web development framework. And now, JavaScript is one of the most popular programming, scripting, and markup languages, running virtually everywhere: Mobile Devices, Cloud, Containers, Browser, Servers, Microcontrollers.

It is often regarded as the “undisputed king in Browser programming”. Because of the Node.js framework, JavaScript offers event-driven programming, which is highly suitable for heavy I/O tasks.

An average wage for Javascript developers in the United States is around $110,981 per year.

Java, owned and maintained by the Oracle Corporation is one of the most popular programming languages today. It is a general-purpose programming language with a sturdy object-oriented structure, it has become a distinct standard for applications that are platform-independent, that can easily run on a Mac, Windows, iOS, or Android machine.

JAVA comes with a unique WORA capability, which means Write Once, Run Anywhere. Java is remarkably recognised for its portability, from smartphones to mainframe data centres. Around 3 billion applications running on devices are hosted by Java.

Java is widely used in both backend and client-side web and application development and big data analysis. Java is also used on the backend of several popular websites, such as Google, Amazon, Twitter, and YouTube. Contemporary Java frameworks like Spring, Struts, and Hibernate also add to its popularity.

An average Java developer earns around $79,000 each year.Recommended for: Experts

KOTLIN, the open-source programming language introduced in the year 2011, has been considered advantageous over JAVA as it is a cross-platform programming language that can be used for designing applications for iOS as well. Kotlin is comparatively new in the domain of Android development.

It first appeared in 2011 and was developed by JetBrains. It is a statically typed, cross-platform, general-purpose language. Google announced Kotlin to be its preferred programming language for Android development in 2019, and therefore Android studio has built-in support for Kotlin.

With the acceptance of Kotlin as the preferred programming language for android development in the year 2017, the popularity of KOTLIN has increased tremendously. Kotlin Programming can be categorized as intermediate and advanced depending upon the features that the programmer incorporates.

Swift was developed after carrying out detailed research on the existing programming languages. It is built using the contemporary approach to security and software design patterns laid down by Apple Inc. In the year 2014, Swift was referred to as “Objective-C without the C” by its developers.

For a very long period of time, Objective-C was the leading programming language used for creating OSX and iOS applications. Objective-C comes with extended object-oriented features and a dynamic runtime and is considered to be a fundamental superset of C.

It has numerous features like generics, closures, and type inference that make it developer-friendly, simplifying common patterns used in Objective-C. as it simplifies the common patterns used in Objective C. Swift incorporates the features of both C and Objective-C, without having any direct inbuilt C compatibility and all the accompanying constraints, it completely redefines our concept of mobile application development for Apple products.

An average salary for an iOS developer in the United States is around $130,801 per year

Ruby was developed in the late 1990s, it is a web-based framework, which is very user-friendly. If you’re a beginner and want to try your hands-on web development, you must start with Ruby. It is flexible as its object-oriented architecture still supports both procedural as well as functional programming notation. A very popular web application framework is implemented using Ruby, popularly known as Ruby on Rails (“ROR”).

Ruby has emerged as a popular web development framework very easily and effectively because of its dense, active, and widespread developers’ community. In case you have a very short span of time, then Ruby should be your pick.

The average salary for a Ruby developer is estimated to be $90,000 per year.

It was developed by Rasmus Lerdorf in 1994. PHP is a simple, functional, and object-oriented programming language. It has a very dense open-source software community open to collaborations and discussions. It comes with a wide chain of tools for automation, testing, and deployment.

Even though PHP is facing a very competitive drift from Python, still it continues to stand out as the most reliable programming language for backend development. Many tech-giants are using PHP (such as Facebook, WordPress), for availing of its efficient tool support.

The average salary for a PHP Developer in the United States is almost $84,727 per year.

Matlab was originally released in the 1980s, it is a widespread proprietary programming language owned by MathWorks. It was designed specifically for potential use by scientists and engineers for computational ease.

Matlab is easier than most of the other computational and mathematical languages on the list. Apart from computer science and IT engineers, Matlab is also used by electrical and electronics students for triggering circuit simulations.

The average Matlab developer earns an average salary of $101,000 each year.

C++ is an object-oriented programming language that was developed in 1983 by Bjarne Stroustrup.C++ is going to four decades old soon, therefore a large number of compilers and libraries are compatible with C++. The other advanced programming languages like C, C# and have a syntax analogous to C++, for making learning easy and feasible. Anyone who knows C++ can easily learn C, Java, or C#.

C++ supports most of the object-oriented concepts such as abstraction, polymorphism, inheritance, virtual functions, friend function, etc. C++ has no garbage collector running in its background, this makes it even more robust.

C# is a computer programming language developed by Microsoft. Although its first version was released in 2001, it gained significant popularity in 2000. The main reason behind this was its support for object-oriented programming. Anders  Hejlsberg, the developer of C#, declares that the language is more like C++ than Java. C# is one of the most powerful programming languages for the .NET framework.

C# is backed by an integrated development environment product, Microsoft Visual C++. C# is used for server-side development of various widespread websites such as Bing, Visual Studio, Dell, and MarketWatch. It is used for creating applications that run on Windows, Android, and iOS. C# syntax is analogous to C, so it is easy for C developers to learn C#. Bugs are reduced significantly as pointers are not permitted like C and C++.

R is one of the most elementary yet high-computing statistical languages. It is easy to code and was designed by Robert Gentleman and Ross Ihaka at the University of Auckland. The R project initiated in 1992, but its preliminary version was released in 1995 and the first stable beta release was made in 2000. R finds extensive application in the field of Data Science projects, Statistical computing, and Big Data Analysis using Machine learning. It is open-source software, thereby welcoming updates.

R is highly compatible with both  GNU/Linux and Microsoft Windows. It has a very elementary syntax, so beginners can also run it efficiently. R is one of the best cross-platform programming languages for carrying out comprehensive statistical analysis.

From the above-mentioned 11 programming languages, which language should I learn first?

If you are learning to program for computational or abstract problem solving then you must learn Python, as it can solve all kinds of logic building problems, data structured based problems, analytical and machine learning-based problems.
If you want to become a web developer, you must start with Ruby as it is the easiest web-development framework and the learning time is also quite short. If you want to learn C# and Java eventually, start with C++ as it is syntactically analogous to both of them. For Android development only two options are available in Android Studio either Kotlin or Java, so you can pick Java if you already know C++, else learn Kotlin.

If I am learning to code, should I buy a course for Data Structures and Algorithms or Competitive Coding first?

“PHP or Python”, which has a wider scope?

PHP is used for server-side web development. Along with server-side web development Python is used for data analysis, machine learning, game development, website development, two-dimensional image creation, three-dimensional animation, all the object-oriented properties are also satisfied by python. Therefore, if you intend to learn anyone between PHP and Python, you must go for Python. But it also depends on the application that you are working on, if the application is hosted on a PHP server, then you will have to learn PHP.

Which programming language is used in Big Data Analysis?

In Big Data Analysis the two languages that are used are mainly Python and R. R is used for carrying out operations on large data sets and representing them in the form of statistical structures such as graphs, box plots, line graphs, pie charts, and so on. While Python libraries are used for compressing the data and storing it in the cloud if the data is stored in the cloud, a server-side framework is required to run queries such as FIND, REPLACE, UPDATE, INSERT on the data, for this Python is essential.