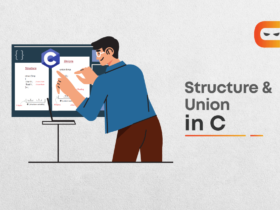 Understanding The Difference Between Structure And Union In C

Water Jug Problem is also known as Water Pouring Puzzles, measuring puzzles and decanting problems. These belong to a class of puzzles, in which there are a finite and specific number of water jugs having predefined integral capacities, in terms of gallons or litres.

The prime challenge in the water jug problem is that these water jugs do not have any calibrations for measuring the intermediate water levels. In order to solve these puzzles, you are given a required measurement that you have to achieve by transferring waters from one jug to another, you can iterate multiple times until the final goal is reached, but in order to get the best results, the final solution should have a minimum cost and a minimum number of transfers.

You are given two jugs, one of m litre and another of n litre capacity. Both the jugs are initially empty. The jugs do not have any intermediate markings and labelling for measuring smaller quantities. You can be asked to measure d litres of water, such that d is less than n.

Numerous source codes have been devised for solving Water Jug problems using recursion, searching and sorting algorithms. The solution written using Breadth-First Search is considered to be one of the most optimum solutions. Let’s first understand, “What is Breadth-First Search (BFS)?”.

Breadth-first search is also known as “Level order traversal”.  It is a graph traversal algorithm, in which the graph traversal begins from the root node and explores the entire range of adjacent nodes. Then the nearest node is picked up and all the unexplored/unvisited nodes are explored/visited. The same steps are followed until the goal node is reached.

In Graph theory, the Breadth-first search is used to solve a wide range of problems. For example Cheney’s algorithm, Peer to Peer Networks, Copying garbage collection, Crawlers in Search Engines, Finding Minimum Spanning Tree, GPS tracking system, Finding the shortest path between two given nodes u and v, by measuring the path length by the number of edges and so on.

What is the State Space?

Implementation of the BFS Algorithm:

The below-mentioned four steps are followed to solve the water jug problem:

We make some assumptions for solving the Water Jug Problem:

The solution given below is a C++ code for solving the Water Jug problem using Breadth-First Search and Queue. All the intermediary operations are written using if-else-if conditions. The output is given in the form of state configuration representations.

Issues in the Water Jug Problem :

Although we have multiple feasible solutions for the water jug problem, yet there are several issues faced by the programmers and knowledge engineering experts. Such issues include :

Why is DFS not used for solving a water jug problem?

DFS is also known as Depth-First Search sometimes turns out to be an incomplete algorithm and may end up abruptly, giving a Non-Optimal Solution. The solution generated by the depth-first search may be incomplete as this algorithm goes on to the deepest possible point in the first path. In case, that first path leads to infinity, the algorithm will turn into an infinite loop and will never give any correct solution.

If many consecutive solutions give the same answer, usually that is considered to be the optimal solution but actually, it isn’t. If the target Goal State is not present in that path, then the Goal State will never be reached as the prior loop is an infinite one.

Are there more problems similar to The Water Jug problem?

There are several other knowledge engineering-driven daily life problems that can be solved by writing artificial intelligence-based algorithms. Most of these are solved by using the Breadth-First Search (BFS) or Depth First Search (DFS).

Nowadays, to reduce the time complexity algorithm developers have devised several combinations of BFS and DFS along with other binary tree-based programming strategies. Some of the commonly studied Artificial intelligence-based problems include:

What is the time complexity of the Water Jug problem?

In the water jug problem, we carry multiple operations on the previous state of the system and try to reach the goal state. Most of the algorithms that are written down to solve the water jug problem include the following four steps:
Assuming that you are given two unlabelled jugs m and n, and the desired quantity of water is d litres.

The time complexity of the solutions is usually O (m*n).

Do we have a Heuristic Function for solving the Water Jug Problem?

We usually add a heuristic function while solving problems to estimate how close we are to our goal. The closer the goal, the lower is the value of the heuristic function, it is often known as the estimated cost. The best-estimate function of the problem is admitted as its heuristic function. In the water jug problem, there is a constraint that only certain amounts of water can be added to a gallon of water.

The heuristic function proposed for a water jug problem, h(x,y) = (x * a) + (y * b), and has the lowest value at (0,0). This function is definitely feasible and consistent, as in practice it is the amount that is required to get to the goal from that node in one step, assuming that one step is possible. As soon as, you reach the goal node, this value becomes zero.

The BFS approach for solving the water jug problem has been one of the most feasible solutions. Although, various programmers have solved the Water Jug problem in O (m*n) using recursion and other tree exploitation strategies. This can be written in any of the programming languages including development-based languages such as JavaScript, Swift, etc.