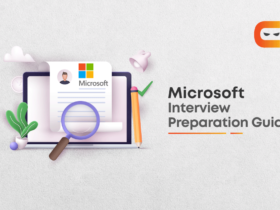 Microsoft Interview Preparation Guide With The Help Of Our Expert

Progressive web applications offer both capabilities and reach, unlike traditional web applications. They are built by utilising the power of modern APIs which open the application to humungous possibilities that provide an enriching platform-independent experience.

A large number of individuals have moved towards adopting smartphones and tablets and computers as an integral part of their lives. Companies have started making these devices in a large number of sizes so as to offer different kinds of devices for specific use cases.

Progressive Web Applications are capable of offering local video chat options, push notifications, geolocation tracking. PWAs are installable unlike conventional websites and can utilize the goodness of other ecosystems like C and C++ to put their capabilities into the world wide web.

Yes, it is really possible.

Since progressive web applications are built with the help of modern APIs, they’re capable of expanding what a user and a developer can do with the web. The web application is more user-centric and offers the users a wholesome experience.

The reliability of web applications is measured by the speed it is able to work with irrespective of the user’s personal network. If a web application loads slowly, the user would automatically assume that there is some issue with the website and not with their own networks.

In addition to speed, a web application should be able to provide an immediate response to the user based on their interaction with the website – smooth scrolling, animated buttons, and hovers and if there is a technical glitch, the users expect to be notified instead of having to figure things out on their own.

The beauty of progressive web applications is that they run in their own standalone window instead of a browser tab. Users can place the application on their home screens and access it directly from there giving a feel of an ‘application’ rather than a website in their browsers.

When it comes to e-commerce who has not heard of the giant Flipkart? A recent update to their mobile application which is now known as ‘Flipkart Lite’ boomed the number of users and the user experience.

Users spent an average of 3.5 minutes on Flipkart Lite whereas on mobile applications the average was as low as 70 seconds. The re-engagement was increased to 40% and the data usage was decreased to three folds.

You must be familiar with this one. One stop shop for all your entertainment needs. The BookMyShow website had lots of images and information on it available at the user’s disposal however due to a heavy multimedia integration, people had to have comparatively tremendous amounts of data to visit the website and make their booking.

The conversion of BookMyShow from a website to a progressive web application made it save the user’s storage and memory and eventually increase the number of users that visit the website and offer the user a faster experience.

The ultimate news source for a business minded user, Forbes. The magazine is considered a benchmark for all news stories related to finance, stocks, marketing and the industry. Upon its transformation from a website to a progressive web application, the engagement rates shot up and the users also got an option to get push notifications for their favorite topics.

Talking about statistics, engagement rate increased 100%! That is the beauty of improvising on the technology you have with you.

For everything used and second-hand, OLX is the online marketplace for buyers and sellers. OLX identified that their users were mostly operating from mobile devices and decided to switch their mobile websites to a progressive web application.

The result of this decision was astonishing! There was a whopping 250% increase in re-engagement and the profits OLX earned by running advertisements was increased by 146%.

When it comes to finding the perfect aesthetic, Pinterest is the only considerable option. When Pinterest made a switch to progressive web application, the user engagement, the amount of time the users spent on the application increased which ultimately increased the revenue Pinterest generated from advertisements.

Lancome is a widely acclaimed luxury cosmetic brand based in France. To strengthen their roots in the e-commerce market, Lancome decided to switch to progressive web applications so as to offer their mobile users a wholesome experience.

MakeMyTrip is a humongous online firm for travel and accommodation needs. It offers cheap and comfortable travel to its users and while it makes their holidays better, MakeMyTrip also decided to give a cheap on user data and a comfortable web experience to its users with the help of progressive web applications.

Settled is a real-estate organisation. Like a lot of the above cases, Settled also realised that most of its users access its website from mobile and they need to carefully curate the experience for its mobile users. And hence, Settled moved onto creating a progressive web application.

After its conversion to a progressive web application, Settled observed 23% increase in conversions which is a huge milestone to be achieved.

Pure formulas is a healthcare supplies company based in the United States. After converting to a progressive web application, there was a 23% increase in the revenue they generated from their application and a 9% increase in their AOV.

Is Amazon a web application?

Yes, Amazon is a web and mobile application.

No. A web application performs programmed tasks inside the browser window.

Is WordPress a web application?

How do I build a WordPress web application?

You can refer to the book ‘Building Web Apps with WordPress’ by O’Reilly publications.

Also Read about: Top 10 Angular Interview Questions For 2021 And Their Answers