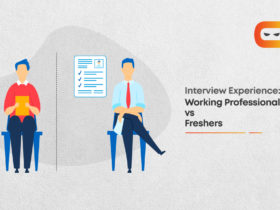 How Job Interviews are Different for Working Professionals than Students?

According to Wikipedia, in computing and graph theory, a dynamic connectivity structure is a data structure that dynamically maintains information about the connected components of a graph.

In other words, a Dynamic connectivity Problem is a problem in which we have to find there is a connected path or not for an object.

The set V of vertices of the graph is fixed, but the set E of edges can change. The three cases, in order of difficulty, are:

What is Dynamic Connectivity?

Given an initially empty graph G on N nodes.

There are M queries of the following forms:

There is a number of real-world applications where the dynamic connectivity problem is applicable. From Friends in a social network, pixels in a digital photo, computers on a network, web pages on the internet, transistors on a computer chip, or variable name equivalents (different variables pointing to the same object), Metallic sites in a composite system, variable names in Fortran program, Elements in a mathematical set are all examples of dynamic connectivity.

There are the following Seven objects.

Union commands on two objects will take or join all the objects without any duplicate elements if any.
Following union command will apply on these objects:

And then object connectivity will become:

Given a collection/group of N objects. The basic operations which are required for the problem, in general, are given as follows:

From the following figure is clearly visible that the Union(x,y) command is used to establish a connection path between several objects; use the connected (x,y) command to check whether two objects are connected.

Basically, our motive for solving is to efficiently implement these two commands for a given set of objects. Because the one thing to note is that the merge command and the connect command are cross-mixed, we also have a task that our solution can support the efficient processing of a huge number of objects and a large number of hybrid operations.

Now to solve this problem the following two approaches are given below:

Here is a brief overview of how this quick-find works.

Find: Find the id of p or q

As shown in union(6,1)By combining the id values ​​of all objects (0, 5, 6) in the connected components where 6 and 1, 6 are located, the id value of 1 becomes (1). The main issue with this algorithm is that when the merge operation takes place then the more operations that need to be changed the id value afterward.

Here is java implementation for the same:

The array here is treated like a jungle (like a collection of trees), and each item present in the array contains its parent node in the tree.

Find: Here we will find the root node of p or q (root)

From the above scenario, we go to know that merging two connected components only needs to be changed one value in the array, but searching the root node will require more operations.

Here is a quick overview of the quick-union algorithm:

Here is the java implementation for the same:

One thing to note down in Quick-find is that both the initialization of the constructor and the merge operation need to traverse the entire array, so they must access the array with a constant which is directly proportional to N times (growth magnitude is N). The search operation is very fast, only need to make a constant comparison (the growth level is 1)

The one major characteristic of the algorithm is that the search is really very fast, but the cost of the merge is too large. If it is required or needed to perform N merge operations on N objects, accessing the array needs an operation of increasing the order of magnitude of N, which is unreasonable. The magnitude of the square is too slow. As we too know that Square time algorithms are not accepted for large problems as they will give you the worst error of your life i.e. T.L.E (Time Limit Exceeded).

As computers get faster, the square-time algorithm gets really slow. Always think that if computers can execute billions of operations per second, there are billions of items in their main memory, about a second. The fast search algorithm will be required to access the array about 10 times of 18 times, which is almost equal to 30 years of time needed for computing.

One thing to note is that the algorithm for the fast merge is slow. There could be a disadvantage of fast lookups like the tree may be too high, which costs too much for the lookup operations required, and the worst-case requires N times the whole group access to find the root node of an object.

Now here this thing forces us to think that can we improve it? Let’s leave this question to you and see maybe if you could find a better approach to optimize it because we all know one thing that finding a solution to the problem is not enough but also optimizing it is also necessary.

1. What are some real life examples of dynamic connectivity problem?

People on the social media platforms, pixels in photos, computers in the network (LAN/WAN) are connected objects.

2. What is the goal of quick find and quick union algorithm?

To find if any elements are connected and if not then connect them.

3. Which algorithm out of two is based on lazy approach?

From Dynamic Connectivity Problem, we get to know we are connected in real-world like in Facebook friends.

If you didn’t get in detail about how this quick-union or quick-find is working then you’ll need a basic understanding of the disjoint-set data structure. Read here Explained: Disjoint-Set Data Structure | Coding Ninjas Blog and Learning Disjoint Set Union (Union Find) | Coding Ninjas Blog it’ll help you in building basics.