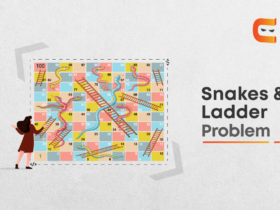 Understanding the Snake and Ladder problem

The two of the most popular web development frameworks – React and Angular.

React has gained popularity recently but Angular is not much behind and has an active community of developers around the world. What you should choose for your next project?

Let’s discuss the main difference between React vs Angular.

Nodejs has turned around the application of JavaScript. Previously JavaScript was popularly used as a frontend programming language where it was used to add functionalities and dynamic nature to your website.

In simpler terms, you can understand it as javascript code could only be run on the browser but the ChromeV8 engine on which Nodejs is based allows JavaScript to be executed outside your browser. It overcame a big drawback of JavaScript. Denojs is a new competitor of Nodejs which supports JavaScript and TypeScript.

JavaScript is now used for front-end development, backend development, and mobile applications. With this revolution, there has been development in the web development industry. There have been various CSS libraries and frameworks such as Bootstrap, Tailwind CSS, Material-UI, Semantic-UI, and many more.

Similarly, there are Javascript frameworks and libraries such as React, Angular, Vuejs, Selvte, Nextjs, Expressjs, and many more. These frameworks are for Rapid Application Development (RAD).

It is an open-source Javascript library, maintained by Facebook, and was developed by Jordan Walke and initially released in 2013.

Though it is a library not a complete framework in itself, it has certainly recommended toolchains such as Create React App for creating single-page applications.

Next.js framework for the server-rendered website and Gatsby for the static content-oriented website. These toolchains provide you with all the framework needs based on it with boilerplate code.

The component-based architecture was introduced by React as its paradigm of development. It focused on breaking down the UI into reusable components. These components are built individually and then assembled.

It helps you reduce the redundancy of code by the use of reusable components. This architecture promotes collaboration and is easy to maintain. It is used for the View part of MVC architecture.

Angular initially came as Angularjs which is also commonly known as Angular 1.x. The most recent angular version angular 11.

The Angular we know today came first in 2016 by the Angular team at Google. It is open-source and popularly used in the industry.

React is a UI library that relies heavily on third-party libraries and would require the same to scale. It is possible to make scalable and maintainable architecture.

Angular is a complete framework packed with all the tools. There is no third party reliance. The development is faster in react as compared to angular.

As both React and Angular are to build single-page applications, web developers think the learning curve of React is higher than that of Angular.

The data flow control in React makes it simple and easily modifiable as the project gets complex. Whereas Angular two-way flow makes it complex for big projects.

It is clear the community of React is vast and growing faster than ever.

5. Differences Between React vs Angular

1. Is angular more popular than React?

As per the 2020 Google trends, it is more popular than Angular according to the number of searches made on Google. The popularity of both has grown equally in past years. People have shown more interest in Angular in the past year because of its capability to do wonders. So, till now both are equally popular.

2. Does Google use Angular or React?

Yes, Google AdWords uses Angular. But Google does not use React.

3. Which one is easier to learn- Angular or React?

At first, React looks easier to learn as it roams around HTML elements. But when it comes to the difficult part, it becomes difficult. On the other hand, Angular seems difficult in the start but is easier than React later.

4. What to use- Angular vs React for an enterprise application?

Both are best in their respective ways as both are flexible and scalable. But when it comes to complicated applications, Angular will be the best choice.

5. What are the Advantages of React and Angular?

Advantages of React include:
-It is easy to learn.
-It gives a better user experience and has fast performance.
-It allows the use of third party libraries and saves time
-The code is stable with one-way data binding.
-It gives you the freedom to choose architecture for apps.
-It has a Virtual DOM.

Advantages of Angular include:
-The syntax is cleaner.
-Built-in support for AJAX,HTTP.
-A large community of developers
-It is a complete framework.
-It uses two-way data binding.
-MVVM architecture.


6. What are the disadvantages of React and Angular?

Disadvantages of Angular:
-The documentation is not clear.
-Integration with 3rd party libraries is a difficult task.
-It sometimes becomes slow.

Angular is a structural framework for building web-apps whereas React is a JavaScript library used to build UI components.

Angular and React both have emerged drastically and created a great impact on application development.

You can take the curated course MERN STACK – Reactjs and Nodejs to learn full-stack development.