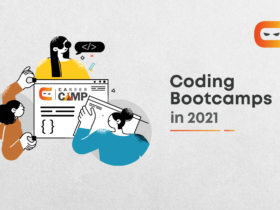 Coding Bootcamp In 2021: Your Complete Guide

As soon as we come across the word open-source, GitHub is the first thing that comes to our mind. It is one of the most widely used collaborative tools by Software Developers worldwide.

GitHub is an essential platform for every web developer to showcase their achievements and connect with other developers, globally. Hence, it is referred to as “Social Media” for developers.

GitHub is not only about the density of developers, but the most intrinsic fact about GitHub is also the availability of millions of repositories, even coming from tech giants such as Facebook, Google, Microsoft, and so on.

2. Why To Prefer GitHub?

There are numerous reasons that have made GitHub the largest host of software repositories:

3. Why To Visit Open-Source Projects on GitHub?

There are distinct reasons for developers to visit GitHub instead of the other collaborative tools:

Developers even get the option for forking repositories.

There are distinct reasons for developers to look up Android Projects on GitHub.

Foremost, developers look for projects if they intend to contribute to them.

Secondly, they might seek reference projects for creating their own one.

The third one can be a developer’s competitive or curious spirit, such that he wants to view the updates made in the open-source Android industry.

5. Let’s Go Through The Most Popular Android Projects on GitHub:

Q1. Can we clone any repository from GitHub?

Only public repositories can be cloned from GitHub.If you intend to clone or collaborate with any private repository, you will have to request access from the repository owner. For getting access to certain repositories, you need to qualify for a few certification exams.

Q2. How to clone a repository using Git Bash?

First of all, you need to install GitHub on the host device. After that, copy the repository URL and open Git Bash. Run the command “$ git clone URL”, the repository will be cloned in the default directory. You may even change the host directory using the Git bash command.

Q3. Will I receive compensation in case my source code gets accepted?

Compensations are very rare in this case, though some companies might give certain benefits like job interviews, international offers, goodies, developer recognition, certificates, certain prizes, etc. Read the guidance on the repository page to get more clarity on this matter.

Q4. Can I be anonymous in the developers’ community forum?

Yes, you can stay anonymous when you ask Or answer any queries in the developers’ forum, but when it comes to acceptance of source code by the repository owner, you are required to submit the authenticated documents for verification.

Q5. Do I have to pay any amount for forking any repository?

No, the forking repository comes absolutely free on GitHub. However, if you want to fork any private repository you need access from the repository owner. In a few cases, the repository might ask you to pay some amount, however, you must look for open source alternatives and avoid paying extra charges.

Working in Solace can be peaceful, but you learn more when you come out of your solace and start collaborating.

Staying updated and competitive is necessary for this era, as older technologies are sweeping away swiftly and being updated by contemporary ones.

Get your hands on the Android projects mentioned above, you are going to get much clarity about the implementation strategies of these projects.

The latest report in September 2020 says that the number of GitHub users has increased to 53 million. You can access all the public repositories of these users and learn the best out of them.

Even the source of many commercial apps is open-source on GitHub.

You can always chat with professionals and get the most effective solutions for your problems.
If you are a complete beginner for Android, you can check out our course on Android Development.