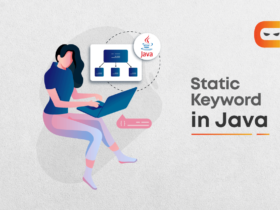 Java is one of the oldest object-oriented programming languages. It is one of the highly relied and demanded languages in the developer market. Here are some features of java, you should know:

Are you getting started to learn Java?

A language has its paradigm and features to power development. It is very essential to realize and understand the features of the language to become a good developer.

These features will help you explore and make the best use case of the programming language.

According to the StackOverflow developer survey of 2020, it is one of the top 10 most wanted languages. You have lots of reasons to learn it.

It has a core philosophy of Write Once, Run Anywhere. Java is compiled into a platform-independent form – Byte Code.

Byte-Code can be run on any machine which is interpreted by the Java Virtual Machine(JVM) installed on them.

It started as a language to overcome the limitations of C++.

Object-oriented programming is based on objects which contain data and methods (functions). It promotes modularity and reusability.

The important features of Object-oriented programming are:

Language before Java such as C++ had a major drawback of security. It has features to ensure enterprise-level security in its applications.

The features such as runtime checking, no use of pointers, exception handling, access control and type-checking, are responsible to provide such high-security standards to Java.

It is simple syntax and great readability due to the modular nature of code. It is easy for a beginner to start off and understand the key principles of the language.

It is a robust programming language. It is termed robust or strong for its strong features such as efficient memory management, automatic garbage collection, exception handling, and type checking.

These features make it the preferred language to develop huge enterprise applications with ease and reliability.

It has solved the binary-distribution problem. It converts the code into a “binary code format” that is independent of hardware architectures, operating system interfaces, and window systems.

Its run-time platforms are used for different hardware and software environments.

Any Java code written on any system configuration can run on any different system without the need to change the code. The format of “Byte code format is system independent making it architecture-neutral.

It gives you the ability to run multiple processes together to maximize the utilization of the CPU.

These threads are run in parallel. It is also known as concurrency in Java. As a developer, using the multithreading feature of it you can build interactive applications.

It has Just-In-time compilers that make it faster and enable high performance.

3. Other Features And Functionality of Java :

There are various other aspects of it that make it a desirable choice to learn and do development:

4. Why should I learn Java?

Java is a versatile language. You can explore diverse developments with this one language. It has a market and makes your skill employable.

It is quite higher than in many competitive languages. You can do development in the following areas:

Android development is one of the recent excitement. It is a growing field and most of the companies are making new development in this field.

Flutterby Google is gaining popularity nowadays. React-native by Facebook is also a popular choice among Android developers. Android programming is based on the Java programming language.

So it is a prerequisite to learn java to get started with android development.

Kotlin is the most popular choice among Android developers. Many organizations are shifting their codebase to Kotlin.

You can learn more about it with Ninja Android Developer Track.

1. Python vs Java: Which is better?

Both languages are object-oriented, have cross-platform support, extensive libraries, and great community support. You can choose according to your personal preference. If you are interested in exploring machine learning specific go for python. If you want to become an android developer go with java.

2. What are the benefits of Java?


3. What are the features of programming?


4.  What are the object-oriented features of Java?


The object-oriented features of Java are :
– Abstraction
– Encapsulation
– Inheritance
– Polymorphism

I hope this was informative and gives you a clear idea of what Java is capable of. You can easily get started with Java Foundation with Data Structures & Algorithms.

With this, you can get your basics strong and learn data structures and algorithms to crack coding interviews and grab a job!

To know more about Coding Ninjas, please visit our website.