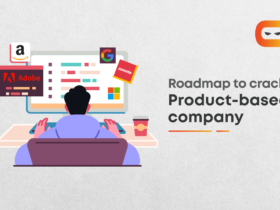 The competition and comparison among programming languages are just never-ending. Are you also on a similar fork and want to decide yourself – C# or Python? This article is for you. This is all the information you need to know about C# and Python to have a clear perspective.

Programming languages seem to have evolved even faster in recent times. It all started from the first low-level programming language. It came into existence in 1951 by the name Regional Assembly Language. Since then, there has been no looking back.

Currently, there are several trending programming languages in the industry such as Python, Java, JavaScript, Typescript, C#, C++, Go, Ruby, PHP, Kotlin and the list goes endless. In this article, we will be covering everything about both of them.

C#, pronounced as “C sharp” was developed by Anders Hejlsberg and his team at Microsoft around 2000. It is a general-purpose, multi-paradigm programming language. It shares similarities with C and C++ as it was developed as their alternative. C# become open-source in 2017. It can be easily integrated with the .NET framework of Microsoft.

C# has great industrial demand. You can refer the following video tutorials

There are several great books available that can be referred:

Python is a high-level multipurpose programming language. Python was created around the 1980s. It has been open-source since the beginning and has strong community support. There are numerous frameworks for different purposes based on python. Flask and Django for web development. Tensorflow and Keras for deep learning. Python has huge library support. Python is an interpreted language. Python has been predominantly used in artificial intelligence and machine learning.

You can learn python through various means. You can go for video tutorials if you are just starting. It is always advised to learn by building projects. Projects make you creative with the application of the language to build real-life stuff. This will keep your interest high and will motivate you to dive deeper.

Coding Ninjas Python Course – Basic to Advanced Concept Often books are also a great choice to get the overall information. You can refer the following books:

2. Python (2nd Edition): Learn Python in One Day and Learn It Well. Python for Beginners with Hands-on Project

FAQ based on C# and Python

Why is Python named “Python”?
There is this really interesting story behind its name. The creator of Python Guido Van Rossum was reading the script of “ Monty Python’s Flying Circus”, a BBC comedy series of the 1970s. He needed some short and unique name, so python just strikes that way.

Is python good for beginners?
Python is a great choice to get started with programming. It seems a bit unnatural with statically typed languages such as java and C#. Python is more relatable and less syntactical making it an ideal choice for beginners.

What would be the best IDE for python?
There isn’t something as the best since a wide variety of super productive IDEs are available. You can go with any one of Visual Studio code, Pycharm, Spyder, Jupyter depending upon your required application development ranging from web applications, mobile applications to data science and machine learning. Jupyter notebook is mostly used by a data scientist.

Is it worth learning C# in 2020?
C# is very well maintained by Microsoft. It is quite relevant with .Net framework. It is flexible and has a wide variety of applications. C# is here to stay.

Should I learn C# or Python?
This is quite subjective to the requirement of the developer and second preference. You can go to any language you prefer. Python is generally preferred by data scientists and machine learning enthusiasts. C# is dominantly popular for game development. Python has greater community support. More important is to focus on the concepts. Programming languages are similar to language in general. The syntax may change, the environment of development and performance also varies but they can be doing the same thing.

Both languages have their own merits and demerits. C# and python both have application in various domains such as Backend services, IoT devices, Video games, Windows applications, Web APIs, AI and machine learning.

I hope this article helped you with your doubts and knowledge about these languages.