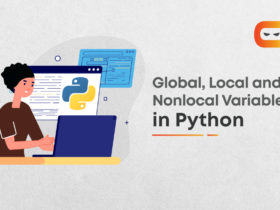 Java is a well-ordered, object-oriented programming language, which can be easily learnt by beginners.

Java comes with an extended set of well-defined libraries and automated processes, which makes creating objects and calling functions easy for beginners. If you are a Software Engineer or if you are from any other branch of engineering and seeking an opportunity to work as a Software Engineer, you need to align your career goals and pick a specific domain from the extended Software Industry.

Due to the extended diversity and large-scale innovation over the last few years, many potential and promising domains have come up like Cloud Engineering, Data Analysis, Artificial Intelligence, and so on. In spite of the ingress of many contemporary programming languages like Swift, Flutter, Python, Node.Js, React Native and so on, Java still remains deep-rooted in the Software Industry.

The demand for Java developers still remains at the top-notch and it remains an intrinsic programming language for logic designing as well as back-end development. Foremost, you must converge your focus on the language that you wish you learn, you might explore the career opportunities, the basic syntax, and the feasibility of a few languages before making your choice.

Once you have made your decision, you must join the developers’ community of the corresponding language for receiving regular updates about any updates and assistance if you stumble over an error while working on any of your projects.

Java is a cross-platform language; it can be used for devising Android apps, Web apps, or Desktop apps. It is highly reliable as it is one of the official languages of the Android Studio as well. The Java Developer’s community is one of the densest communities existing globally. Java is even bagged by its vast collection of frameworks that assist a beginner in strategic-implementations.

However, there is a wide gap between knowing any programming language and knowing it to the extent of fetching a Job through it. Being a Java developer is a very lucrative and promising career opportunity, but there is a benchmark that you need to cross to work as a Java Developer. There is a gradual yet progressive learning curve for attaining the minimum Java knowledge requirements for your first coding job.

Refer to the checklist given below to get your first job offer as a Java Developer:

ONE: LEARNING CORE JAVA IS A NECESSITY

1. Syntax of Java
Syntax of any language means learning the alphabets used in the language. Beginners have to practise and by-heart all the syntax rules just like young ones learn the alphabets. It is very important that the proper syntax and semantics of Java loops and branches are known efficiently by the programmer. It often takes one month of continuous practice to get familiarised with the syntax of any language.

Java and OOPS are two converging lines of the IT industry, as each piece of code in Java are written in complete coupling with an object-oriented programming system. For beginners who haven’t worked on C++ before and are switching over to Java from any procedural programming language, creating objects and classes and synchronising them might be challenging initially. But gradually as they get familiar with the class-object hierarchy they understand the benefits of OOPs and their properties.

If you claim to have learnt OOPs you should be able to explain and implement the following features of object-oriented programming :

With reference to a recent CodeGym Portal survey, 78.8% of Junior Java Developers and trainees avail of Object-oriented programming concepts in their job very frequently, 12.1% occasionally, and 7.6% of them avail of these concepts quite rarely. The last ones belong to testing or a domain other than Development. These numbers clearly indicate the importance of OOPs in Java development; therefore the candidates should brush up on their Object-oriented programming skills even if they apply for the post a Junior Java Developer.

THREE: LEARN THE IMPLEMENTATION OF THE COLLECTIONS FRAMEWORK

Data structures reduce the space and time complexity of any code exponentially and reduce the probability of system crashes during software execution significantly. Data Structures such as Linked Lists are widely used in-memory mapping via shadow page tables whereas data structures like queues are used for resource allocation and stack for storing function calls and back-tracking operations.

The popular Java data structures that you must know :

The main challenge while using Collections or data structures is to figure out which collection should be used at which place, this accuracy comes with regular practise only. The more problem you solve, the more accurate decisions you take. However, there are always multiple solutions for a single problem statement. Before, starting the implementation of any Data Structures; figure out its time and space complexity with the help of the Recursion-tree method or Mater’s theorem. A few of them like lists, stacks, and queue are widely used in Java codes, there’s a big no in skipping them.

Exceptions are the unusual situations that are detected when your programme is triggered. The usual exceptions are “divide by zero error”, each exception encountered is a subtype of the Java class java.lang.Exception. The most common advantage of the exception handling mechanism is that it implies the error-detection process in our programmes. Some common codes such as the division of two numbers, even include the “the can’t divide by zero” exception.

Taking input and output from the standard console, Standard streams (System. in, System. out), comes under core Java and that is the first thing that even beginners learn. But as we move forward, towards the professional domain input and output operations using streams becomes a necessity. A stream is referred to as a continuous flow of data. We can have a stream of bytes, a file as a stream, and so on.

In addition to the standard I/O stream you must have knowledge about:

Earlier, multithreading was an optional domain, but nowadays features such as split-screen and multi-window are gaining popularity, with this it becomes necessary to learn how to implement multiple threads in a programme and club their results for parallel computing. You must be familiar with the lifecycle of a thread (new, runnable, waiting, time waiting, terminated). Thread operations including Wait, notify, notifyAll, and Interrupting threads functions such as Sleep, yield, join.

SIX: LEARN TO USE LAMBDA EXPRESSIONS

With the ingress of Java 8, lambda functions were introduced. Although it is a contemporary feature, yet its demand is quite high, as lambda functions make functional programming very convenient. Lambda functions are functions that can be created without enclosing them into a class, they are passed on as objects or are triggered when invoked.

You need to work on the following topics while learning about lambda expressions :

Earlier, freshers were not expected to know about these back-end management frameworks, rather they were taught to a trainee. However, nowadays some vacancies require thorough knowledge about Spring, while some of them require only adequate knowledge about them. Spring provides us a variety of non-functional components that are usually redundant in the development process. This helps to eliminate the need for code generation and XML configuration.

Spring helps us in building an application, running it, and including some custom services and functionalities. It enables us to build REST APIs and server configuration. With the increasing congestion, there is a dire need for optimisation of APIs. The minimisation of API calls reduces the congestion at the server and overall run time of the developed application.

After learning about all these concepts it is necessary to implement them into a project and make that repository available on GitHub or any other online server, this enables you to exhibit your Java knowledge when you send your applications to recruiters while seeking a job.