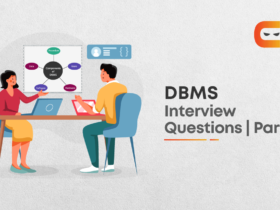 Angular deals with the View and Controller components of the MVC pattern software. You can make complex UI layouts easily.

Web development has significantly changed in the last some years. No more web apps are only about HTML/CSS and JavaScript. The paradigm has shifted with the needs of companies and their users. The plane old designs using vanilla CSS has now been replaced by Material Designs and CSS libraries and frameworks such as Tailwind.css, Material UI, Semantic UI and ANT Design.

Angular is a typescript based web framework developed by Google. It is opensource i.e- the source code is available in the public domain. The source code can be modified and freely redistributed. The frameworks are designed to make the development of enterprise-level applications simpler and practical.

There are various software architecture patterns are used to develop the complete software and they require something beyond basic HTML/CSS. It deals with the View and Controller components of the MVC pattern software. You can make complex UI layouts easily.

It is the one framework where you can combine end to end tooling, dependency injection, declarative templates to solve software challenges. Othe commonly used frameworks similar to this framework are ReactJS and Vue.js.

Difference between AngularJS and Angular?

Initially, the framework was developed as AngularJS which was written in JavaScript. Later the team at Google completely rewrote the same in the language typescript by Microsoft. This came to be known as angular. It is referred to as AngularJS 1.x whereas angular is versioned as angular 4, 5, 7, 8.

The major distinction between both JS primarily is that it is a typescript based framework whereas AngularJS is a JavaScript-based framework. It also supports mobile and desktop application development whereas and AngualrJS does not.

The Cliffs of Insanity: Dramatic Shifts in Technologies on Stack Overflow

What makes Angular a better choice?

Single Page Applications: Previously websites/web apps had multiple pages which used to open one after the another on events. The problem with that design was that it was slower and used to take time loading the page along with the data. In recent times, according to the survey, a website or mobile application that takes more than 3 seconds to load have an abandonment rate of up to 87%.

The solution to such a problem is the Single Page Application, also known as SPAs. The whole web app is loaded once and only the desired components or elements of the page changes. This reduces the overall loading time of the web application. It lets you create SPAs and thus learning it will help you make modern websites.

Modular Design: It is used to design the UI for the application. Larger applications which have multiple and repetitive components need a solution to lessen the repetitive work. A large team of developers also struggle with the codebase when it becomes extensively large and difficult to manage.

Here we need the formation and division of code in form of modules. Modules are nothing but fragments of code that can work together and designed separately. On a similar ground, it supports designing of individual components of the website and assemble them later to make it easier for the team to work and maintain the code. It also removes the redundancy in the code as a single repetitive component can be used multiple times.

Integration feature: It gives you the provision to integrate third-party features to develop a consistent and sophisticated web application. Some multiple libraries and frameworks support and help you build beautiful components such as ngx-bootstrap, Ionic, Wijmo, angular component, prime NG, onsen UI, and vedan components.

Declarative user interface: Declarative designing of the interface makes your work easier as compared to traditional UI designing using HTML. You just need to describe your components design and the imperative logic is managed by it to separate the concerns.

Two-way Data Binding: It is the most important feature of it is that makes it stands out. Two-way data binding enables the application to reflect the changes in data for components automatically without refreshing the whole page as it used to happen previously.

In demand: It is one of the most loved front end frameworks. Various companies are using it for their application development. And learning it can increase your prospects of getting hired as a frontend engineer at companies such as PayPal, Upwork, Netflix,  YouTube, Lego, GEP and JetBlue.

Stability: It is supported by Google and additionally supported by IntelliJ IDEA and Visual Studio.net IDE. This easily implies that it is here to stay and learning it has greater career prospects.

If you are interested in learning Angular you can refer the following books:

2. ng-book: The Complete Guide to Angular

3. Angular JS for Beginners: Your Guide to Easily Learn Angular JS In 7 Days

It is often said that the best way to learn development is by making projects. Here is a list of interesting and exciting projects that you can make as a beginner with it and take your skills a level up:

How much time is required to learn Angular?
Even if you start from scratch and dedicate 3-4 hours regularly, You can learn it in 3-4 months. Assuming you must be having a computer science background or know a programming language, preferably Javascript.

Is it easy to learn Angular?
It varies with your previous exposure to Javascript and architecture patterns. It will be easier for you to learn it with good background knowledge of Javascript.

Is AngularJS in demand?
You can also see through the above graph, the demand for it is hiking exponentially. In recent times, the demand of web developers, software engineers and software developers using it has increased.

Is Angular dying because of React?
React is another web application development framework developed by Facebook. It is giving huge competition to it. Definitely, the community is divided but it has its preference and It is definitely not dying anytime soon.

Which is better: Angular or React?
It is an endless debate but it can end on a middle ground. It is preferred when you have a complete plan and needs are defined because it has certain restrictions over the third party integration. React is essentially used when you have an experimental project or comparatively smaller scale. React is easy to scale and numerous third-party integration which gives it the flexibility.

What should I learn before Angular?
There are no such prerequisites. Most commonly as itis a web development framework you should be aware of HTML/CSS and Javascript.

Is angular JS dead?
AngularJS is scheduled to be killed by Google on June 2021 quoting Cody Ogden, founder of Killed By Google.

Which is faster: Angular or React?
It uses real DOM due to which it updates the whole DOM tree every time whereas React uses virtual DOM which just updates the particular DOM element making the reloading faster and only the component not the complete webpage.

What is the major difference between Angular and React?

I hope this article helped you decide why you should go ahead with learning Angular. It must have given you the bird’s eye view of what it can do and how it can help you as a student developer, software engineer, software developer or a front end developer.