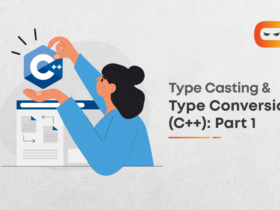 In 2003, Django was started by Simon Willison and Adrian Holovaty at the Lawrence Journal-World newspaper.

They started Django as their internal project but with the growth in the project, they released it in July 2005 and named it Django, after the name jazz guitarist Django Reinhardt. Python has become quite a popular programming language in recent years. Python has gained its popularity for its versatility and applications in almost all the fields.

Introduce yourself to Django?

It is an open-source Python-based web framework. It is based on the MVT (Model template views) pattern, MVT is the modified version of MVC (Model View Controller) pattern. It is maintained by an American non-profit organisation. The main purpose of it is to make web development easy, clean, and secure.

In 2003, Django was started by Simon Willison and Adrian Holovaty at the Lawrence Journal-World newspaper. They started Django as their internal project but with the growth in the project, they released it in July 2005 and named it Django, after the name jazz guitarist Django Reinhardt. In 2005 Django was able to handle several high-traffic websites. Currently, Django is an open-source project with contributors from all over the world.

Things that make Django stand out:

It makes your website launch in a few hours. With the fast development process, and half work already done by its built-in features, you don’t need to worry about half of the work. It reduces the trouble of development so that you can focus on writing clean code and website design.

It is used by Top Companies and MNCs like Instagram, Disqus, Spotify, Youtube, Bitbucket, Dropbox and many more. Companies and governments and even organisations use it to build content management systems, social networking platforms and scientific computing platforms. It is best for startups for fast and robust development of applications.

It has gained popularity with the rise in Python popularity. In the future, it is going to be a more popular and strong framework than today.

Some features that it offers:

The advantages of it are several, let’s see a few of its which will convince you to learn it for sure:

The blues of Django

Every aspect has pros and cons, same is the case of it. Although it is a great framework, there are some problems with it that can cause you the problem. Some of the disadvantages are listed below –

Django Vs other frameworks

When to choose Django?

Is Django worth learning?

According to Stackoverflow survey, it is the most loved Python web framework. Of course, it is worth learning in 2020 with the on the growing popularity of Python and its simplicity. It is easy to learn. If you are a Machine Learning enthusiast, it is good to go for you to build web applications integrated with AI.

One framework is offering numerous advantages you can’t resist yourself from learning it. In it, you write less code as compared to other frameworks and build scalable, secure applications. On Github, it has 54.1k stars. It is constantly updated and monitored by users.

There are free as well as paid resources for learning it. Below are some of the resources listed including youtube videos, books, from beginners to expert level. Video Tutorials are easy to follow and get started really quickly. These are the best series for getting started with it:-

Is Django a high-level or low-level framework?
It is a high-level Python framework. It has most of the boilerplate all ready for you to directly start with rapid development.

How do we pronounce Django?
Some pronounce it as “D- Jango” or “Jango” simply. It is actually “Jang-oh”.

Is Django stable?
It is quite a stable framework now as evident by its use by major companies such as Instagram, Mozilla and Pinterest. Startups are turning up to it for rapid development.

Django or Flask?
The million-dollar question!! But that difficult answer. You can choose any one firstly. Secondly, it completely depends on your needs and wants. If you have a well-planned project that is vast enough and you want to scale up in future, you should go with it. It comes with multiple already existing features that will make your development faster.

On the other hand, Flask is a micro-framework. That means not much of the boilerplate is available rather you get the flexibility to do things your way. It is good for experimental purposes, for microservices and projects that may include other latest technologies in the future.

Do I need to know Python before learning Django?
It is a web development framework based on python. So it is good to know python but not necessary. You should be clear about the web development terminologies such as HTTP requests, HTML, CSS and about database management system. You can learn python on the go.

How long will it take to learn Django?
It varies completely from individual to individual. It highly depends on your previous development experience. For beginners, It can easily take 2-4 months to get comfortable in it.

I hope you find this article useful. If you have any queries drop a comment, we are always there to help you out.