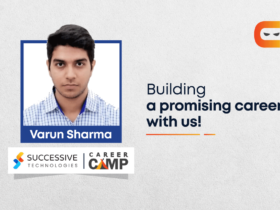 A Coding Bootcamp To Future Proof Your Career

In the previous article, we found the contrast between two programming languages – Java and Python which works on the front-end development whereas this article is all about the back-end development.

Before we leap in, take a look at the sugar and the pudding

MariaDB was forked from MySQL. Though the sugar is used for pudding, you will choose the cup of pudding over the cup of sugar as it tastes good. The improvised version of MySQL is MariaDB which is a major hit and still leads the market of RDBMS. Connection pool of MariaDB is large with approximately 2Lakhs+ whereas MySQL has smaller connectivity.

MySQL is a relational database management system which was developed in the middle of 90s. It is as old as it sounds. This is one of the first databases that were raised in the market. MySQL is an open-source DBMS. Structured Query Language is used by MySQL.

Today there exists numerous databases updated from MySQL and similar database management systems. The data available in the database system is kept organised with MySQL and MariaDB. Finding whether you need the cup of sugar or the cup of the pudding is your task! Go ahead!

Let’s take a fleeting-look at the major disparity between MariaDB and MySQL.

Which is more congruent?

The codes of MySQL and MariaDB are merged to check the compatibility. MySQL being the old and the original RDBMS has the potential to develop more features compared to MariaDB. The developers are working immensely to make a move faster and mould internal architecture well.

If this is implemented, MySQL will veer from MariaDB. Every time MySQL releases a new version, it also makes sure the same number of versions is being released in MariaDB to ensure compatibility.

MariaDB is an extended version of MySQL and it is used by many as it’s connectivity is huge. Programming languages like Python, PHP, C, C++, Java, JavaScript, D, Ruby, Pearl are all supported.

You can use a cloud-based architecture for storing your data that involves no coding situations and the need for coding Languages are less. This aids in holding your data in one data management service.

MySQL counterbalances the database connectivity with its wide range of connections. Node.js, C, C++, Python, Java, Go, R, D, Perl, Delphi, .NET, Lisp, Erlanger are the programming languages supported by MySQL. You can now understand why MySQL has a huge community of developers.

Inclusion of different variables in the system

The storage engine of MariaDB uses a few variables that are not present in MySQL. As the Database management system is parting away, they have their own variable system. Variables in a database management system are used to store the information or data temporarily until the code is completely executed. This is the same as you keep the sugar in a jar until you use it.

If you have been using MariaDB, you would have come across the variable super_read_only that states the access of reading only the context is given.

In MySQL, for Data Masking, you only have an option for enterprise edition (comprises of a most comprehensive set of advanced features and technical support to achieve the highest level of MySQL security) if you need to mask your active data set, wherein MariaDB you could do Data Masking by using MaxScale proxy which is an intelligent database proxy for MariaDB Database servers.

What is Open Source?

When it comes to MySQL as an open-source database it is not entirely true, MySQL is an open core database there is a MySQL community server which is open source, as well as a lot of other tools which exists, are open source. There are some enterprise features as part of an enterprise platform. Enterprise is focused on commercial license, plugins and tools.

In MariaDB, you have MariaDB server and MariaDB connectors which are open source though many of them are managed by the corporation. There are some other parts of the complete solution and most importantly MaxScale is not open source although it was the open-source which is history and later was a re-licensed proprietary.

MariaDB server will remain the open-source for two reasons, because of the MariaDB Foundation and as it uses a lot of original code base from MySQL and Oracle. Its enterprise server is open source for customers which means you don’t really find it on GitHub but if you are the customer then you will be provided access to the source code together with binaries. It is a vast open source when compared to MySQL. There are lots of advancements in it making it better for performance and speed.

This is another place very different where MySQL has a group replication and MariaDB has a gallery replication which is still more advanced than group replication in places and more mature in many places, InnoDB clustering feature that is free and in-built in its database servers. The feature is called Galera Clusters also known as the world’s most advanced database cluster which uses certificate-based replication.

However group replication is moving faster at a faster rate, but in MySQL installation of additional packages like RPM for InnoDB clustering is required and it’s offered only for enterprise versions and not for community versions.

Which Organisations use these Databases? MySQL has amassed a lot of following since it was started in 1995. Some Organisations which use MySQL include US Navy, Tesla, Nasa, Facebook, Netflix and a lot more. You can go through the full list here.

MariaDB is also been used by many tech giants and more. Some corporations which use it are Google, Wikipedia, Redhat, Fedora and Craigslist.

Indexes increase database performance, as they allow the database server to find and retrieve specific rows much faster than without an index. However, indexes add a certain overhead to the database system as a whole; this means that they should be used sensibly.

The database server must start with the first row and then read through the entire table to find the relevant rows, this happens when you don’t use an index. The bigger the table, the costly the working.

Almost all MySQL and MariaDB Indexes (PRIMARY KEY, INDEX, UNIQUE, AND FULLTEXT) are stockpiled in B-trees. MySQL holds up hash indexes and InnoDB engine makes use of inverted lists for FULLTEXT indexes.

MySQL is considered as an open-source relational database management system (RDBMS). MySQL makes use of constraints, tables, triggers, stored procedures and views as the core components that we work with, just like all other relational databases MySQL makes use of the one’s mentioned above. However, since it is almost as same as MySQL, the database structure of it is same as MySQL. This helps you to shift from MySQL to MariaDB without having to change your application as the data structure and data wouldn’t need to change.

MySQL or MariaDB: Which is better for your Project?

So here’s the deal, we have conferred about the most prominent features of the two most used RDBMS MySQL and MariaDB. Though MySQL and MariaDB have always had a healthy competition, MariaDB comes out in top as MySQL has various features like stronger security, easy drop-in replacement, Virtual columns, and increasingly more users which gives it an edge over MySQL. However, for those who are reading this to start afresh, MariaDB is our choice but do your own research and decide for yourself.

Want to explore more article, check out our blog’s section.