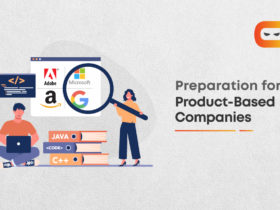 What all Subjects do you Need to be Proficient in to Crack all Product Interviews?

Coding is about how efficiently we can process and implement our logic and these types of coders are in high demand in Tech giants like Apple, Amazon and Google and they will continue to be for next coming years. However, if you are well-versed in one programming language then it eventually becomes easier to learn any other language and even to learn new skills like Blockchain, web development which is an increasing demand in software companies.

The gist is that this language won’t lose its value not just for 2021 but for many coming years too. You know what this means right? There is no more reason for you to worry about its popularity or value. Here we have listed 20 reasons that we think that why you should learn it in 2021? Be here till the end to get inspired to take on this task of learning one of the world’s popular programming languages!!

As discussed earlier, GCC (GNU Compiler Collection) is written in C++ commonly along with C language. It is a language closer to the hardware portion which makes it a better choice at back-end programming. When you are comparing other programming languages with it, this is a low-level language and it supports many compilers without issues.

In operating system also we are using C and C++, so almost the package software’s are still written in C++ that means game office application, graphics and video editors. There are even many compilers that are written using it. Operating Systems whether embedded or for the desktop is almost excluded in some c language.

Attempts have been made to write them in JavaScript but none of them has worked out, all of the drivers are written in some C variant. Some of the operating systems written using C++ are Windows, macOS. However, we don’t see this changing anytime soon.

C++ is Fast and Efficient Still

Yes, you have heard it right! It is still considered to be one of the fast and most efficient programming languages even after 35 years. If you are doing a difficult problem or a complex problem, with difficult performance constraints, then it is likely the best tool for the job.

Its main strength is that it has a large variety of knobs, levers, gadgets and widgets which paves way for a high degree of customisation and organisation. You can use these tools skillfully to build well-designed abstractions which generate fast code.

Perks of C++ being a block structure language

Let’s take Noodles and Pasta to get a better view about how there is an edge for you as it is a block structure language. If you need to focus on a single strand of noodles then you have to go through the whole vessel to follow it from one end to another end. On the other hand with Pasta, you can pick a single piece out easily for further examination. You have a great overview, which is useful.

Relating this with Coding, you could remove bad pieces of code easily like in pasta. With Noodles, you need to pull out a whole strand and replace it by inserting a new strand. With Code the same happens, if your instructions can hop around from one space to another, like in the Assembly and old GW-Basic times, then it all becomes confusing and long-running to follow what the code is doing. In a block structure, all you have to focus on are single blocks.

In the future, the world is mostly going to rely on hardware like a robot, Internet of things, bots, embedded systems, and a lot of machinery things that we are going to use in our day to day life. It is still being dominant in the gaming industry which is bigger than the film industry. So developing those types of machinery, developing those embedded systems require fast efficient language and that language is going to be C++.

When it comes to the part of artificial intelligence, machine learning, python can only go up to an extent and if you require any complex simulations on the machine learning or deep learning. It is the only choice than python. There are lots of simulations which are built using System C, which is a C++ library.

Many applications, including simulations, should be built using whichever tools that is appropriate considering the requirements on maintenance, development and use of the result. Therefore it is very important for a computer engineer to learn this one than the other ones in the future.

Even after 35 years of its development, C++ is still being the dominant language in the programming world. C/C++ community tends to be a relatively rare closed group. It is considered to be the most portable and efficient language because it is as close to machine language as possible.

Low-level memory management and pointers make it perfect choice for system programming. Developers still use it to build native modules and applications for several platforms, such as Android using Android NDK. It is considered to be one of the much-used programming languages by developers.

OOPS in C++ offers many benefits to both the program designer and user. Some of the advantages are:

How is C++ used in vehicles?

The autonomous driving system in-built in modern luxury vehicles uses C++ or C. This is interesting, isn’t it? Look at the world above. Boeing being responsible for most of the aeroplane systems also uses C++, C and ADA for most of their real-time analysis.

C++ has the Standard Template Library (STL). C++ template classes come with STL which gives general programming data structures and functions like stacks, lists, arrays, etc. It is a library of container classes, iterators and algorithms. It is an unspecified library and so, its components are restricted

Most of the web browsers today originate from the mid-1990s during which C++ was the dominant language if you wanted to leverage higher-level abstractions with greater efficiency. For say, Mozilla invented a new language called Rust which was intended to replace their C++ implementation of Firefox.

Despite the fact that they have designed a program called servo which is a portal engine in Rust, the program is still a “prototype”. So many years have passed since the creation of Rust, browsers still can’t replace their C++ codebase. It is clear to the most astute observers inside these organisations that building on C++ would be the best long-term direction. A few decades later, momentum ensues and C++ remains the most solid choice even now.

It is considered to be one of the lower-level languages compared to Java and Python. In C++, you get closer to the hardware to optimise things as it deals with memory management. Importantly, it is object-oriented. How do you prefer C over an object-oriented language? It continues its excellence with the benefits of being scalable and multi-paradigm.

Students preparing for their programming career: Is C++ necessary to learn?

Re-learning C++ but not from scratch

If you are a person who learnt it before a few years, you need to re-start with C++ again. Every six years the major release happens and comparing C++ 11 with the latest version, you cannot even say they are the same languages. “New” and “delete” are old keywords. The major and minor releases have changed everything. Still, the structure and script remain the same. It is not going to be difficult and you will love the update.

Recalling the previous topics, it is underrated but very famous. Everyone knows C++, still prefers other languages. 2021 is going to have a twist in C++ life! Developers of C++ are approximately 4.5 million users. This famous language pays a salary of $100,000/year approximately. If this is the case of it developers this year, 2021 is going to be a career restart after many months of lockdown in various countries. The more the work, the higher the pay.

You need to question a programmer who uses garbage collector based languages which it has not got. The simple question is – what does a garbage collector do? Most of the developers don’t find the exact reason. As the new feature develops, the old language fades away. It is the origin and the other languages are the updates from errors of C++.

Have you heard of Unreal? Look at the powerful game engine still ruling the sector. This is what a powerful programming language does. Learning and changing flaws from the original language doesn’t mean the new language will become the best. Raw is real!

Is C++ portable enough to make you choose it over other languages?

GCC is said to be one of the good portable compilers existing and it is implemented in a subset of C++. GCC compilers can be used for any plausible systems, if not at an origin compiler then at least as a cross compiler. Portability defines the code changes of the particular language being easy to implement it in certain hardware. It doesn’t have ABI and it is considered a bane still it has some work on it but no standard work.

C++ has a huge coterie of supporters Community

The higher the range of community, the more flexible and easy the language would be. As of now, there are about 600 programming languages around the world. The community of C++ will improve the tools making the language easier to handle. It’s been years since it has evolved.

The people keep joining the developers’ community now and then. If you are an amateur programmer, you will eventually understand the vital support of the community and how they help it sustain as a good programming language even in 2021.

Projects that use C++

And that’s it! The article swaddles up all the important points you need to take a note to learn C++ in 2021. The new world got updated with screens in watches to use any time that is extremely portable doesn’t mean you will throw your PCs away. Old is real. It doesn’t lose its market anytime soon. Grab your books and brush your skill set right now! 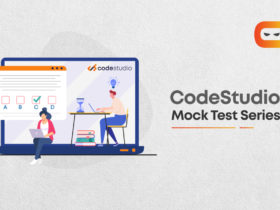