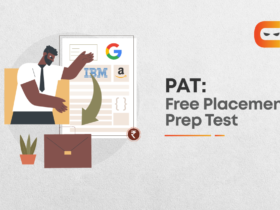 Following the numerous redundant and rebutting arguments being actively made on modularity for Java, over the last decade. Finally, it is now being considered by the future JVM-based languages also, such as Scala.

Modularity is one of the intrinsic milestones in the evolution of Java. Throughout the JSR 277, now depreciated, to the recognition of JSR 291, and the currently developing JSR 294, modularity allows us to distinguish between the versions effectively.

What do you mean by modularity?

Modularity is one of the extensive concepts of software development that implies that the software product can be disintegrated into individual modules that are developed in an isolated fashion. Later, these modules are integrated by adding standardised interfaces to allow modules to communicate among themselves for triggering one-another.

The concept of Modules in Java and .Net is analogous to the concept of separation of concerns between objects in object-oriented programming languages, while Modules work on a wider scale. Specifically, the segmentation of a system into modules facilitates the minimisation of coupling, which results in easier to maintain code.

During the design phase, Modules were not included in Java, except for packages that are likened to Modula-3 modules in the introduction. But now multiple de facto modules are present in the Java community. Any given Java library in action can be considered as a module, including Log4J, Hibernate, or Tomcat.

Conventionally, both open-source applications, as well as closed-source applications, are linked to one or multiple dependencies that come with certain external libraries. These external libraries are transitively dependant on several other libraries. Modularity is one of the centres of modern software engineering-to be more specific, any kind of engineering.

What do you mean by a module?

The Dictionary definition of a module says that it is “one of a set of separate parts that, when combined, form a complete whole”. Typically, Modularity is an extended concept. When it comes to the software terminology, module indicates creating and implementing a programme or a computing system as several unique modules, instead of a unified, monolithic design.

To establish communication between modules a standardised interface is used. Division of the software ecosystem into saturated segments constructs distinct modules, which helps in reducing coupling to a greater extend, optimises software development and reduces the overall system and space complexity.

This facilitates independent testing of modules during all the phases of the software development lifecycle and accelerates the software testing and debugging process. As, if the modules have low coupling, they can be tested parallelly, and parallel development efforts can be taken, while a sprint or project.

Main characteristics of a module:

When it comes to any software application, the modular design is created logically by clubbing functions and services together as modules, such that an optimum balance of cohesion and coupling is maintained between modules.

This is usually the result of the application of Software Architecture principles on the problem statement. For instance, if you intend to create a Ticket Booking application, the following three modules on a specific area of the solution can be used.

Furthermore, the software of this application can be designed with the help of modules. Working software (application binaries) can be modularised in one of the two possible ways mentioned below:

Option Two:
Each module is considered to be a library and all the specific applications use these libraries. Libraries are kept isolated from the main application and are built and released separately.

Most of us are familiarised with the modular approach mentioned in the first option. Option one successfully provides the entire range of above-mentioned key benefits of modularity.

Based on the programming language, being used that is Java or .Net, the pre-requisites for modularity support changes. For creating a software application with option two kinds of modularity, a platform needs to have at least the following capabilities:

If you have read between the lines, you might have inferred that many features of modules are not supported by Java 8 and below versions. Therefore, for a better experience update your Java library to 9s, prior to including modules.

Furthermore, advent is going at a high pace where modularity is concerned. The JSR 294 mailing list is to be launched soon; it allows developers to create a module system which can be defined efficiently in the Java Language Specification itself.

Want to understand the difference between Java and JavaScript, take a look.