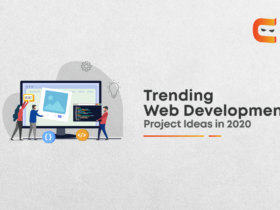 Python is a popular programming language that is still trending and chosen among the best recent open-source programming languages. Getting a good framework for that isn’t arduous at all. Before walking into the contrast, let’s quickly dart through Flask and Django.

Flask is a micro-framework built-in Python. It allows you to create servers and many frameworks are hosting free online, for instance, “Python anywhere”. Aren’t you questioning what makes Flask, a popular framework?

Flask gives you precise lines of code while developing. It is suitable for smaller and uncomplicated applications. It is a fast debugger comparatively and it has built-in development servers.

To make Django clearer, when you are going to an URL path, it makes a request of that URL to the web server, which in turn is written using Django. It is a rapidly developed, clean, pragmatically designed framework that is extremely scalable, secure and ridiculously fast.

Listed below are some major comparisons between Flask and Django, go check them out, like now!

1. Ease of getting started

Flask vs Django ease of getting Started is an important indicator of system functionality as it even relates to performance. When it comes to installation, Django can be easily installed using pip while Flask is also easy as it can be installed with python package manager PIP or pip.

Getting Started in Django comes with a few outstanding packages and it involves a long process like running an inbuilt command to create a project and create another command to create an application. This creates some files, directories and the file contains some auto-generated code including settings and a default admin URL drop. You can access a default homepage before creating any application then you have to start the server after which you need to navigate to the IP address and that should be enough to log in to access the admin login where you can create the applications.

However, in the case of Flask, it is quite easy as it can be installed using the pip command only. This means that the pip installs Flask command installs Flask as well other necessary packages which can be viewed with the pip freeze command and they include ginger to template a template engine, words ook and a utility library for WSGI. Getting Flask up and running is quite simple all you need to do is create an instance of the Flask class and then create a route that displays the hello world string to the homepage.

2. Scalability – Make a design from your idea

Scalability is the level of the website gets to implement and the type of level required to be hassle-free. Django is quite scalable as it includes its own libraries other than Pythons’. It is an open-source project and implementing tests and debugging on it makes it error-free for your use.

Contradicting Flask with Django, Flask is more scalable than monoliths. In recent times all the applications are running through cloud computing that involves auto-scaling.

Applications aren’t scaled by themselves, instead, infrastructure does it. For a smaller application, it is easier to deploy instances across thousands of servers, easy to handle the increased traffic load.

Django’s documentation is more extensive than flask as the flask is minimalistic compared to Django.

The parameters involved in documentation of Django and flask as both the same. Django includes installation, deployment, quick start, tutorials explanation, the model layer, the view layer, the template layer, forms, admin, security.

Both include the same document but Django is a bit more extensive and wins the documentation argument.

Concluding the antithetical points on the frameworks, flask template is Handy and easier when compared to Django.

5. Users and admins – features and developments

The familiar django.contrib.auth is the users of Django that is built-in and easy, you can include extra models, extra information and swap the user models. You can attach profiles to it, despite being complicated, it works pretty well. Admin has django.contrib.admin. It is also built-in and easy, works the same as users, more customisable and properly dissolved permission system.

There is no built-in user for Flask. To counterbalance this, “Flask-login” extension is used that is generic and works well with any data model. Fine-grained permissions are as same as Django.

6. Data Modelling – Making a show of your data

Django furnishes its ORM (object-relational mapping) and operates data models. You can use Django ORM from where you can define model manipulate the data, query the data where you can filter, select and do standard operations that you do with the database queries.

How you can do the same type of thing in Flask? Well, the answer is that flask doesn’t have data models but why should every web framework have a data model? Flask works just fine without data models as it has a different perspective than Django. Django bundles everything whereas Flask is modular and it has connections to other Python modules in the Python packages index which does the data modelling for you.

For example, SQL Alchemy ORM is a training one, and a Mongo engine ODM is for non-relational database, and PE ORM is for smaller approach. The idea behind this is that Flask is an intentionally minimalist and includes templating URL routing, handling, and a debugger. For extra functionalities, you have to add the extensions.

7. Types of companies using them,

The biggest search engine Google has been using Python and Django to handle traffic and meet the computing needs of its search engines. Google has also made Django a prerequisite for availing Google cloud SQL and also Google relies on Django to meet the computing needs to its connected applications. Pinterest, Spotify, Instagram and even Nasa are some of the other Django using Companies.

Now onto Flask, Uber an American multi-national ride-sharing company uses flask with EngineX for paths of their site that their partners or drivers interact with. Similarly, huge companies like Netflix, Airbnb, Red Hat, and Samsung uses Flask as a primary web framework.

8. Popularity and Trends – Jumping on the Bandwagon

When it comes to popularity, Django is considered to be more popular in terms of search and the community as well. Looking at the current trends even Google says the same as it has got more number of search terms in every category such as Job search, technology search and even community search. Perks of having a big community is the help or support you get to solve the coding problems that you are facing.

Even on GitHub, Django has got more number of repositories, codes, comments, contributors and users than Flask. This should be enough to convince you about the popularity of Django compared to Flask.

Why choose Flask and why choose Django?

Before going into this let’s clear up one misconception from the start: Flask and Django can ultimately do the same things. You can build any website, from the very small to the very large, using either framework. The difference lies in the approach.

For a beginner, we do recommend Flask. It is much more straightforward to start, and it does less ‘magic’ than Django. You don’t need to use commands that ‘magically’ create files. You begin with your one file and you get going from there.

Django is a little bit different. It says that it comes with cell included, and it does. For an experienced developer, Django does the work. With Django fully featured, you can just follow the standard authentication approach, which is already built-in. However, in Django, you have to follow the defined pattern for development.

To wrap this up with Django with more features, flask with easier syntax and decent features both have lowered the barrier to entry for building web applications making them easier and quicker to develop. Hope it’s been helpful, do your research and choose the one which suits you the best.

Check out Nightwatch.js framework and the implementation of its automation. 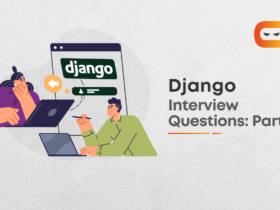