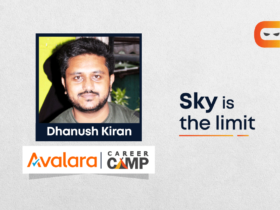 JUnit is an open-source framework, employed as an automated testing tool based on Java for triggering unit testing.

It is highly efficient as it allows you to collectively test every single component of your project, including classes and methods. JUnit also allows you to trigger redundant automated test, to cheque the consistency of your code and note the execution time at different instances.

With the ingress of the JUnit framework in the year 2002, designing test cases in Java became much easier. The source code for a majority of scalable projects is still being written in Java. Even the recent statistical reports highlight that to build high-traffic websites Java is being exploited.

As the main agenda is to improvise the scalability of the project, the testing framework being used should support multiple ecosystems, extensive, and most importantly consistent when it comes to the test results. The recently introduced JUnit 5 framework converges with all the mandatory criteria set for an optimal automated testing tool.

It can also be used for launching tests on inline functions. The framework is more popular than its competitors because of its compatibility with Selenium for automated testing of web-apps or websites. It is extremely convenient as you aren’t required to create any class object or define the main method prior to launching tests. It comes with an assertion library for analysing the test results.

Earlier, it was only used as a framework for Java-based applications and eventually became the leading framework in this domain. By test automation here, we infer creating test cases with the help of JUnit annotations and Selenium Webdriver for simulating user interactions with the user-Interface of a website. While now it is also used for triggering automated testing.

JUnit has been a crucial milestone in the progress of test-driven development. Automated testers collaborate between Selenium and JUnit to reduce the loopholes in testing. The default coding structures including annotations and the different sort of assertions build and maintain the test cases. It even allows the encapsulation of test cases for modularity.

What do you mean by JUnit annotation?

JUnit Annotation is a specific guise of syntactical meta-data that is appended to any Java source code to enhance its code readability and improvise its structure. Developers can also annotate the sub-components of a source code. For instance, variables, parameters, packages, methods, classes, etc.

For the first time, Annotations were witnessed in Junit4; this made Java codes simplified and immaculate. One of the prominent differences between Junit3 and Junit4 is the Annotation based. The prior doesn’t enclose it, while the latter does. If one has prior knowledge of annotations, Junit5 becomes too easy for implementing a JUnit test.

The main agenda of introducing Annotations was to run the test method. It also allows launching Automation suite possessing multiple test cases. Being a Unit testing framework, JUnit comes with several annotations to manipulate the flow and activity lifecycle of code triggered on Selenium web driver software. For accomplishing c WebDriver testing with the help JUnit, it is mandatory to include JUnit annotations in your test.

Unambiguously, it is considered to be one of the top-notch Java testing frameworks. Its highly extended and concise features contribute to its high popularity, such as:

To explore our courses, you can check out our website.