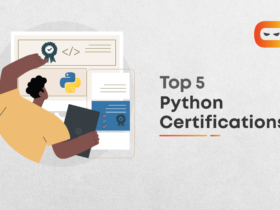 The following are the characteristics of Python lambda functions:

Let’s understand it more clearly by taking an example which clearly distinguish their features and characteristics, as they give us an appetite for some Python code, functional style.

The identity function, a function that returns its argument, is expressed with a standard Python function definition using the keyword def as follows:

Here identity() takes an argument x and returns it upon invocation. In contrast, if we use a Python lambda construction, we get the following:

In the example above, the expression is composed of:

The reduction is a lambda calculus strategy which is used to compute the value of the expression. In the next example, it consists of replacing the bound variable x with argument 2:

This is all how we elaborate the Lambda function in its natural ways, Next In this article, we also found some more interesting things as we will discuss Python’s lambda functions in detail, along with that we learn how to create and also how to use them.

Creating a Lambda Functions:
We use the following syntax to declare a lambda function.

As stated above, we can have any number of arguments but only a single expression. The lambda operator cannot have any statements and it returns a function object that we can assign to any variable.

We should notice here that the lambda function in the above script has not been assigned any name. It simply returns a function object which is assigned to the identifier remainder. However, despite being anonymous, it was possible for us to call it in the same way that we call a normal function.

is similar to the following:

Here is another example of a lambda function:

The lambda function defined above returns the product of the values of the two arguments.

The use of anonymous function inside another function is explained in the following example:

In the above example, we have a function that takes one argument, and the argument is to be multiplied with a number that is unknown. Let us demonstrate how to use the above function:

Similarly the output here should be 9000, It is possible for us to use the testfunc() function to define the above two lambda functions within a single program:

Here when we combine the above two programme into a single one then the output is 90 and 9000 respectively. Another way to used lambda function together is by using the built in function in Python such as  as map(  ) and filter( ) etc.

So, In the following section, we will be discussing how to use lambda functions with various Python built-in functions.

The filter ( ) function: The Python’s filter() function takes a lambda function together with a list as the arguments. It has the following syntax:

The object here should be a lambda function which returns a boolean value. The object will be called for every item in the iterable to do the evaluation. The result is either a True or a False for every item. Note that the function can only take one iterable as the input.

The map( ) function:
The map() function is another built-in function that takes a function object and a list. The syntax of the map function is as follows:

And its output is [0, 0, 0, 0, 1, 0, 0, 1, 1, 1, 0, 1, 1].
In the script above, we have a list numbers_list, which consists of random numbers. We then call the map() function and pass it a lambda function as the argument. The lambda function calculates the remainder after dividing each number by 2. The result of the mapping is stored in a list named mapped_list. Finally, we print out the contents of the list.

In this article, we explained the syntax, use-cases, and examples of commonly used lambda functions. If someone has a penchant for mathematics. He/She may have some fun exploring the fascinating world of lambda calculus. Conclusively we can say here that Python lambdas are like salt. A pinch in your spam, ham, and eggs will enhance the flavours, but too much will spoil the dish.

We hope that you liked reading this article. Why don’t you take a look at the top Python projects that you can undertake going forward.