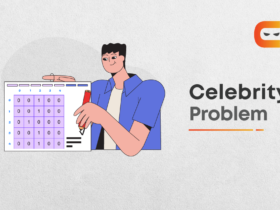 This article will give you a brief about the data types in C++. Just like every course has some categories, every variable in programming has a special category to which it is assigned and it is called the data type of that variable.

By defining a data type we restrict a variable to that data type in C++. Compiler allocates some memory to a variable. This memory is depended on the data type being used. So, let us learn about the data types and their features.

Have a look at these modifiers below:

After this type definition, the identifier BYTE can be used as an abbreviation for the type unsigned char, for example:

By convention, uppercase letters are used for these definitions to remind the user that the type name is really a symbolic abbreviation, but you can use lowercase, as follows −

You can use typedef to give a name to your user-defined data types as well.

When we assign a float value in a character value then the compiler generates an error in the same way if we try to assign any other value to the enumerated data types the compiler generates an error. Enumerator types of values are also known as enumerators. It is also assigned by zero the same as the array. It can also be used with switch statements.

For example: If a gender variable is created with value male or female. If any other value is assigned other than male or female then it is not appropriate. In this situation, one can declare the enumerated type in which only male and female values are assigned.

the enum keyword is used to declare enumerated types after that enumerated type name was written then under curly brackets possible values are defined. After defining Enumerated type variables are created. It can be created in two types:-

We hope that you enjoyed reading this article. To explore more articles on C++, click here.