Java is a platform-independent and object-oriented programming language similar to C++ with some advancement in feature and simplification in use. It was developed by James Gosling with his team including Mike Sheridan and Patrick Naughton in the year 1995 for SunMicrosystem who released it.

How a Programmed Executes In JAVA?

Program execution can be categorized in following steps:

What does Platform Independent Means?

What does the platform really mean? A platform is basically software or hardware where a program normally runs. In Java, we have a Java Runtime Environment, which is a platform for this language.

Platform Independent means the program execution is independent of the Operating System of the System. “Write Once Run Anywhere (WORA)” is the approach that it follows.

Let’s talk about the difference between how a program is written and executed in Java and other programming languages.

Generally, we have a compiler that converts the High level written code to machine code. Now, the question comes why is this done?

This is done because what we write as a code is a high-level language that the machine can not understand, thus, the compiler converts the high-level code into machine-executable code, which can be run directly by the CPU.

Now, in languages like C++, the code is converted into the executable code, i.e., .exe file, which
is platform-dependent only. This .exe file can not be run on a different OS.

Thus, this does not support platform independence. These languages are platform-dependent only.

What Happens in JAVA?

In Java, what the compiler does is convert the program into bytecode which is not an executable code. Now, this bytecode can be executed on any other platform/Operating System.

What happens when we run its file or program, we get a .class file which is basically a non-executable file.

In order to run a .class file, we would need a virtual machine. JVM is platform dependent for sure. Like it is different for different environments.

For example, Windows has a different JVM than MAC or Linux. One important feature that it supports is portability as it is platform-independent by portable the bytecode of its code.

Other Important Features That It Supports

What Role Compilation and Interpretation Play in Platform In-dependency?

Why is Java Not Completely Platform Independent?

To run a java program, we must need a JDK(Java Development Kit).
To create any kind of powerful java application, JDK is just sufficient and enough powerful kit contains all the required software.
Let’s see what JDK actually contains:

The above picture basically clarifies all about JVM JRE and JDK. Here JVM is a subset of JRE which is again a subset of JDK.

Example:
Let’s see how we add two numbers and what we get as a result.

This is how a simple addition java program looks like:

Is Java platform-independent if yes why?

Java is a platform independent language. JVM, or Java Virtual Machine is used to identify the platform on which Java is being run. It is JVM which morphs the code into a language a particular platform (machine) will understand.

Why is Java platform-independent and portable?

Java’s compiler converts the code written by the developer into bytecode. This bytecode is utilised by JVM (Java Virtual Machine) and converted into a language the machine on which Java is being run would understand. For this particular reason, that Java is platform-independent it is also portable.

What is platform independence?

Platform independence is the phenomenon by virtue of which languages, frameworks, tool and software do not have to undergo any major changes to be fit to run on different platforms and devices.

Why is C++ not platform independent?

The conversion of code from a C++ compiler to a C++ assembler which converts the code into machine language varies for machines with different architectures and hence C++ is not platform independent.

What is the difference between platform-dependent and independent?

Now, as we saw that java is platform-independent, this is all because of the ability to generate the bytecode. Forming the intermediate stage, i.e., bytecode makes the java platform independent. 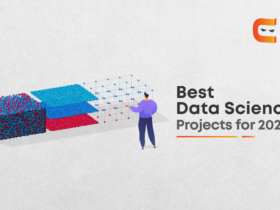 Top 6 Web Development Languages To Use In 2021

Regression (Prediction) & The Types Of Algorithms