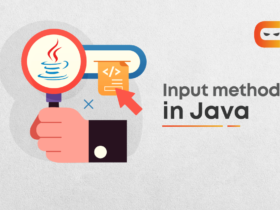 Methods To Take Input In Java

Shaumaya Ojha is pursuing CSE from VIT Chennai, has completed two courses from Coding Ninjas namely Data Structures & Algorithms with C++ & Competitive Programming. She has recently bagged an internship opportunity at JP Morgan & Chase with a stipend of 50K per month.

Just in her third year, she is already competent to solve business problems by transforming data into insights and ideas into programs.

She has already built many real-time applications, some of them within a day.

How Did You Get Interested In Programming and Development?

It takes me back to my 11th class memories when I learned my first language C++. Ever since then, I liked coding and technology at large, that is when I decided to pursue BTECH in CSE. When I had to choose between EEE in an NIT and CSE in VIT, I opted for VIT. My parents were against my decision then! But for me, college never mattered much.

Today, I am elated that I took that decision. Because here, I have to thrive to code since the time I got here, find solutions that have turned out to be a fruitful learning exercise.

How was your experience with Coding Ninjas?

However much I thank Coding Ninjas, it would feel less to me. After my first year, I had learned most languages currently used in the industry like Python, C, and C++. I wanted to do DSA next, for which I followed some tutorials on YouTube, but I did not find them up to the mark as I was not able to think of and write solutions on my own. When I told the same to a senior of mine, he recommended the DSA course of Coding Ninjas.

Initially, I felt the price for the course was too high, but my senior told me it is worth the money. Therefore, I got enrolled in the course which turned out to be a great decision for my career.

I enjoyed studying at Coding Ninjas and used to solve questions and lectures throughout my summer break. I was able to comprehend complex concepts like recursion, trees, and DP.

The course at Coding Ninjas is far ahead of the other courses in the market because here they teach us how to create a solution and not learn the solution for questions as given on GFG.

Tell us your interview/internship procedure at JP Morgan & Chase.

There were three rounds in total:

We have judged through the entire process on various parameters apart from our tech skills too, like our team skills and speaking skills.

We finished as finalists but did not win, however, I still got an Internship.

Any Other Projects You Have Worked On Or Are Working On?

Currently, as a part of my AI and Computer Vision curriculum, I am working on an Integrated System For Airports for monitoring social distancing, mask detection, and face recognition. If a particular person violates the social distancing or masks-wearing norm then a fine will automatically be added to the person’s account and collected at the counter at the time of check-in.

To conclude my stint with Coding Ninjas, all I can say is that in the beginning, everyone needs hand-holding and they were the ones who made me come through that initial tough time!

In a nutshell – work, enjoy, exercise!