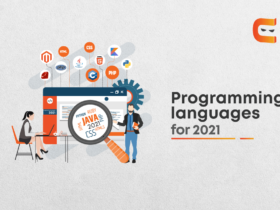 Learning to program and questions around is simpler than the trivia around the coding subjects that you undertake. This article will ignite the curiosity within you to know your language beyond the algorithms and codes, beyond the native approach.

Starting off with our general-purpose coding language, it is used in the making of apps like Adobe Photoshop, Spotify, YouTube, MySQL, Mozilla Firefox and more is one to watch out for. Before we unveil the secrets about C++.

The 35-year-old programming language C++ is undergoing a revival, according to Tiobe Software, which says it is the fastest-growing language of any right now. Tiobe’s index is based on programming-related search queries on 25 search engines, including Google, Yahoo, Wikipedia and Bing. It’s not a perfect system, but it is meant to reflect changes in a language’s popularity as measured by the topics developers new and old are searching for.

The International Organisation for Standardisation’s (ISO) C++ group, Working Group 21 (WG21), this week voted in favour of approving the finalised version of ‘C++20’, the first major update to the programming language since C++17 from 2017 under its three-year release cycle.