Top 10 Angular Interview Questions For 2021 And Their Answers

Many a time as a beginner, people may get confused by the terms JavaScript and ECMAScript or ES, and often use them interchangeably. But are they really the same or not? If they are not the same, then what do they mean by exactly and how are they related to each other?

This blog will delve into the details about what exactly is ECMAScript and how it differs when compared to JavaScript. In the year 1995, JavaScript was created by the developer Brendan Eich of Netscape (a web browser company which was popular in the earlier days). It was initially named as Mocha, then it was later changed to the name LiveScript and finally, it got its name changed to JavaScript. This happened possibly due to marketing reasons since Java was a very popular programming language and hyped in those days.

ECMA is an abbreviation for European Computer Manufacturer’s Association. While both the scripting languages, JavaScript and JScript strive to follow the guidelines of ECMAScript specifications, they also come with supplementary features which are not given in the specifications.

There is a committee called TC39 (stands for Technical Committee number 39) at the ECMA International organisation which governs the updates and changes which are done to it. When a proposal for a new update is sent to the ECMA, it has to go through a series of stages. They are namely, Stage 0 – Strawman (the ideation stage), Stage 1 – the proposal stage, Stage 2 – the drafting Stage, Stage 3 – the candidate stage (feedback) and finally the Stage 4 – the finished stage.

How are they different: ECMAScript vs JavaScript

The ES5 or the ECMAScript 2009 version brought many new functionalities like the strict mode which is helpful to programmers since the JavaScript as a language is very forgiving in nature (e.g. It compensates for missing semicolons in sentences of the code) which may cause run time errors and silly mistakes that are hard to debug later. Other than that, JSON support was added to ECMAScript.

Also, the Array iteration methods, String.trim() method, and Array.isArray() method got added to it. The ES6 or the ECMAScript 2015 was very popular for bringing major updates and new features to the existing version. Some features that were added to it were the keywords ‘let’ and ‘const’. Also, Default parameter values were added. They also added the functions Array.findIndex() and Array.find() to it.

The ECMA-262 document does not refer to web browsers, whereas it defines the various parts like keywords, syntax, operators, global objects, types, reserved words and statements of the language. So, we can say ES is not tied to browsers.

Conclusion
So, as we have discussed above, we can conclude that ECMAScript serves as the standard for scripting languages and JavaScript is a popular programming language that conforms to the ECMAScript specifications. 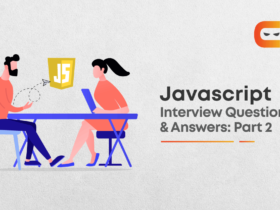