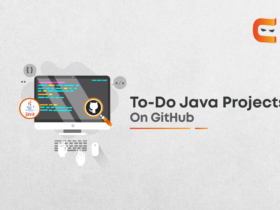 Volley is a reliable HTTP (HyperText Transfer Protocol) library that helps in making networking swift and efficient. It was produced by Google; it came into existence during Google I/O 2013 and was announced by Ficus Kirkpatrick.

There was a dire need of a networking class that could work abstractly, that is, without producing any interference in the user experience, in the Android SDK. Earlier Volley was an integral component of the Android Open Source Project (AOSP). The first instance at which was the Volley Library was by the Play Store team in Play Store Application. Later, in January 2017 Google declared Volley an independent library.

The volley library comes with some superior features like automated and scheduled network requests, numerous concurrent connections, we can prioritise requests in case of conflicts, inhibit or revert certain requests, it allows offer a higher degree of customisation and mostly allows us to manage user-interface with higher ease using the asynchronously fetched data from the network.

There is no need of writing boilerplate codes using AsyncTask for fetching response from Web API and displaying the relevant data in the user interface. Developers can easily skip the tedious process of writing the network-based codes using AsyncTask. This reduces the overall size of the source code and makes the repository easy-to-maintain and debug. This is the main reason that developers prefer Volley over AsyncTask.

For instance, if we employ Asynctask to fetch an image and its corresponding description from a native JSON array created in server API. The data is fetched and displayed in the user interface, but now if the user rotates the screen and toggles to the landscape mode. The previous activity is cleared from the stack, and now the data needs to be fetched again. Since multiple network requests are being created for the same set of data, it leads to unnecessary congestion at the server and provides bad user experience, due to the latency.

Volley library utilises the cache memory of the device to improvise the App performance by reducing the memory requirement, congestion and the bandwidth of the remote server. Whenever a recurring data request is made by the user, rather than fetching the data from the server, Volley directly brings it from the cache saving resource and improves the overall user experience. However, Volley library is not compatible with large-sized download or high quality-streaming operations as it saves all responses in memory while parsing data.

Volley comes with two default methods that allow us to synchronize pre and post execute activities also, namely the onPreExecute() and onPostExecute() method. The pre-requisites of a network request can be written in onPreExecute() method, such as fetching the parameters that are required to make the network request and the post-actions such as the setting of dialogs, alerts, progress bars, etc. These methods produce distinct and uniform networking codes and eliminate the need for writing BaseTask class for implementing and managing post operations.

Step 1:
Open build.Gradle(Module: app) and add the following dependency and rebuild the project after syncing of the Gradle:
dependencies{
//…
implementation ‘com.android.volley:volley:1.0.0’
}

Volley requests can be made by creating two classes in our Android Project:

A network request can be of various types:

Parameters that should be passed into the constructor to create a network request:

Creating a Volley request:
The below shows a Volley string request for fetching the name, date of birth and phone number of a user by sending the username to the server.

//in case of any error in the path, the error will get displayed as a toast.
Toast.makeText(getActivity(),”Couldn’t fetch data”,Toast.LENGTH_LONG).show();
error.printStackTrace();
}
}
)
{
//a key value data structure is created for sending the parameters
protected Map getParams() throws AuthFailureError {
Mapparams=new HashMap<>();
params.put(“username”,uname);
return params;
}};
//the request is added to the RequestQueue class(MySingleton)
MySingleton.getInstance(getActivity()).addToRequestQueue(stringRequest);
}

As soon as the cancelAll() method is invoked from the main thread, the residual responses will be dropped instantly.