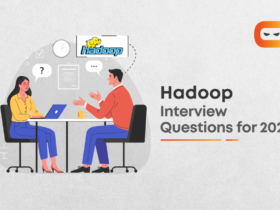 Support Vector Machines are machine learning model used for classification and regression analysis. SVM is basically the representation of examples as the points in a graph such that representation of separate category is divided by a wide gap that gap is as wide as possible.

SVM makes a hyperplane which creates a gap between the categorized data points. Finds an optimal hyperplane, that best separates our data so that the distance from nearest points in space to itself (also called margin) is maximised. A good separation is achieved by the hyperplane that has the largest distance to the nearest training-data point of any class (so-called functional margin), since in general the larger the margin, the lower the generalisation error of the classifier.

A hyperplane is able to separate classes if for all points:

This means the of all the point from class 1 the answer to the equation should be greater than 0 and for the other class as class 0 referred here should be less than 0.

Applications: SVM’s because of the linear and non-linear classification they are used widely below are some real-world applications that are widely popular. They are not only can make reliable prediction but also can reduce redundant information.

Suppose, you have a million samples in your dataset, so if you use a typical Gradient Descent optimisation technique, you will have to use all of the one million samples for completing one iteration while performing the Gradient Descent, and it has to be done for every iteration until the minima are reached. Hence, it becomes computationally very expensive to perform. So, in SGD, we find out the gradient of the cost function of a single example at each iteration instead of the sum of the gradient of the cost function of all the examples.

If we implement SGD from basic using the basic scientific libraries in deep learning, we require 3 for-loop in total:

Comparing SGD with Gradient Descent: In Stochastic Gradient Descent, you use only 1 training example before updating the gradients. When the training set is large, SGD can be faster. But the parameters will “oscillate” toward the minimum rather than converge smoothly as in Gradient Descent. By the below diagram you can easily see the difference:

Comparing SGD with Mini-Batch Gradient Descent: In practice, you’ll often get faster results if you do not use neither the whole training set, nor only one training example, to perform each update. Mini-batch gradient descent uses an intermediate number of examples for each step. With mini-batch gradient descent, you loop over the mini-batches instead of looping over individual training examples.

Here is the python implementation of SVM using Pegasos with Stochastic Gradient Descent. The Code below was implemented in Jupyter notebook so as we can see step by step implementation and visualisation of the code.

Conclusion
As can be seen, even with elementary features, the performance of all the classifiers in terms of accuracy of prediction on the test set and the time taken to train the model is good and comparable to other models. Here we can see that SVM can easily classify two classes and make a hyperplane which can divide different classes with a wide gap. In the example above we have seen linear classification but we can also classify multiple classes with SVM that can make a non-linear hyperplane with maximising the gap between the classes.