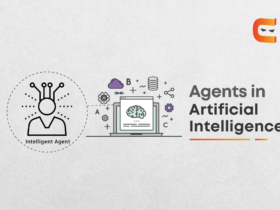 Stacking is an ensemble machine learning technique that allows combining different prediction models to make a single model that make the final prediction out of the provided dataset.

Sometimes these combined models can be same depending up to the type of dataset we are dealing with, Stacking in Machine Learning also known as Stacked Generalisation which is the method to determine and combine the scope of the different model in order to predict the output for the same dataset.

The entire model is divided into folds where each model deals with some portion of the complete problem, not with the complete set of problem. So, all the subparts of the problem can be dealt individually with different models combined, it can also be treated as the layers of prediction where each model solve certain part of the problem and the output from every layer work as the input for the final layer or any intermediate layer these final and intermediate layer is also based on some prediction model technique based on whether we are predicting for classification or regression.

Mainly Ensemble method can be divided in two categories:

Stacked Generalisation: Now, we know what is stacking in machine learning so our next question should be which models are useful in the particular problem? how to choose which model to choose? and final why do we Need stacking?

Before coming to these questions, we need to understand the architecture of the stacking. Stacking mainly involves two or more base models, these models referred to as level-0 model and level-1 is meta-model which take the output of the level-0 as an input in order to obtain the final output for regression or classification depending upon the dataset, we are dealing with.

The output that, we obtain from the base model and the input to the meta-model may be a real value in the case of regression or probability value, value of any probability density function, class or label in case of classification models.

Now the choice of prediction model of the base layer can be different. In stacking model can be different and be fitted on the same dataset also, a single model can be used to learn how to best combine the prediction from each model and to finally produce the output which can be our desired real value or may be a label attached to our data.

Classification is the technique to obtain or predict the label or class attached to the dataset on which our training is being done, there are many classification algorithms that can be used for obtaining the desired result such as logistic Regression, Support Vector Classification, Decision Tree, Random Forest, k-nearest Neighbours, Naive Bayes all these algorithms play a major role in the classification of data and may produce a different score.

Stacking can be a generalised way to produce a finite model that can combine all models where each model can deal with the portion of dataset and finally the output from each model or prediction classifier can be feed as an input to our meta-model in order to obtain the final result.

This technique of stacking is useful in many ways. Firstly, it improves the score or efficiency of the entire prediction model. Secondly, it combines all classification algorithms which is helpful in maintaining low variance.

The main algorithms that can be used for Regression are Linear Regression, Support Vector Machine, Decision Tree, k-nearest Neighbours all these algorithms can be used for the base model of stacking technique, the output from base models can be feed to the meta-model in order to obtain the final real value term that satisfies the relationship between the dependent and independent data of provided dataset.

Using a Stacking score of individual Regression algorithms can be identified on the basis of that it will be easy of select which algorithms need to be added in our combined layer-0 which will deal with raw portions of datasets and their input will be feed to meta-model for final prediction of real value.

Steps in which stacking works
In order to work with stacking we need to follow its architecture in proper way.