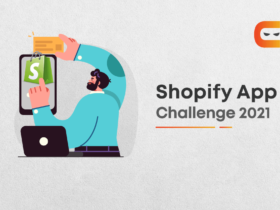 This blog on AWS vs Azure vs Google Cloud highlights and describes the main factors of comparison among the top three cloud giants Google Cloud, Amazon Web Services and Microsoft Azure.

Growth rates and their worldwide market shares: In terms of market shares in the cloud space, Amazon Web Services has been leading the list for as long as anyone can remember with around one – third of public cloud share in its name. In the second place comes Microsoft Azure, with around 16% of the world-wide market share. The third place is bagged by the Google Cloud Platform which owns around 10% of the market share worldwide, but it has the highest growth rate among the three.

Which top companies use each of them? Major companies that use the Google Cloud Platform are HSBC, PayPal, 20th Century Fox, Bloomberg and Dominos. As Amazon Web Services is the oldest among the three, it has many high-profile clients. It has more popular customers like Netflix, Airbnb, Unilever, BMW, Samsung, MI and Zynga. Microsoft Azure is also gaining its share of high-profile clients with time. Some of its major customers are Johnson Controls, Polycom, Fujifilm, HP, Honeywell and Apple. As of now, Azure has almost 80 per cent of Fortune 500 companies as its clients. With many top successful companies using them, all the three cloud platforms are equal in this point of comparison.

Pricing Models: Google Cloud Platform being the youngest player in the cloud space, is the clear winner here, as it strives to provide the lowest costs possible with customer-friendly pricing and discounts offered. Microsoft Azure is intermediate in terms of pricing, whereas Amazon Web Services lags in terms of competitive pricing.

Overall comparison of Pros and Cons of each:

Pro: Since Google developed the Kubernetes standard that AWS and Azure now offer, it is strong in the containers services. It specialises in high compute offerings like BDA (Big Data Analytics) and has good scope in Machine Learning. It also offers good scale and load balancing as it is good in handling data centres and has fast response time.

Con: It does not offer as many different services and features as AWS and Azure. It also doesn’t have as many global data centres as AWS or Azure, although it is quickly expanding its centres across the globe and growing rapidly.

Pro: Its biggest strength is its dominance in the cloud space. The reason for its popularity is majorly the massive scope of its operations. It has a huge and growing number of available services, as well as the most comprehensive network of worldwide data centres. It is the most mature, enterprise-ready provider, with the highest capabilities for managing a huge number of users and resources, among all the three.

Con: Its big weakness relates to cost which might be difficult for companies and enterprises to match up with regard to overall companies cost.

Pro: Microsoft has taken its on-premises s/w like Windows Server, Office, SQL Server, Sharepoint, Dynamics Active Directory and .Net and repurposed it for the Azure cloud. It is tightly integrated with Windows OS, so enterprises that use a lot of Microsoft software often find that it also makes sense for them to use Azure, causing them to be loyal customers of MS. Also, if you are already an existing Microsoft enterprise customer, you can expect to get significant discounts.

Con: Azure lags in being as enterprise-ready, technical support and documentation as the other two.

Our Verdict and Conclusion: To sum up, AWS vs Azure vs Google cloud all of them are used for the same purpose. They are providing almost the same services. But our winner is Amazon Web Services because it has a heads-up in various categories of comparison like a greater number of regions of availability, more global reach, a huge number of services, and its high market share meaning more number of companies using the technology over Google Cloud Platform and Microsoft Azure. It is definitely a good idea to learn AWS in order to grow in the field of cloud computing.