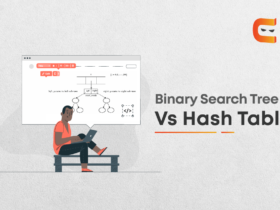 To put the elements in a particular order, sorting algorithms are used. The order can be anything from alphabetical to numerical, which can be ascending to descending.

Consider a phone book directory, we may arrange the contacts on the basis of name with alphabetical order, we may also arrange it on the basis of age that is a numerical order. Almost all the list we get from the computer has some sort of sorting. There are some clever sorting that users can not see, but they are sorted with some sort of algorithms.

Why are sorting algorithms important?

Sorting algorithms are important because we use them on our daily basis which includes the following:

Sorting of all these things may include any sorting order as mentioned below:

Sorting may be classified into different types.Some major sorting algorithms are:

Let’s explain them with the help of examples:

Bubble Sort: In bubble sort, if the adjacent elements are in the wrong order, they are swapped continuously
until the correct order is achieved. The Disadvantage of using bubble sort is that it is quite slow.

It is quite impractical and too slow. Hence, for a large set of data, this sorting algorithm is not useful.

Selection Sort: Selection sort repeatedly finds the minimum element from an unsorted array and puts it at the beginning of the array. It is an in-place comparison-based sorting algorithm.

Two arrays are maintained in case of selection sort:

Following image is showing the selection sort in a better way:

Insertion Sort: It is simple and easy to implement, but it does not have an outstanding performance
though. It works on the principle of a sorted item with one item at a time. Basically in each iteration of this sorting, an item is taken from the array, it is inserted at its correct position by comparing the element from its neighbour. The process is repeated until there is no more unsorted item in the list.

Quick Sort: It is a commonly used sorting algorithm. It follows the approach of divide and conquers and follows the following approach.

Merge Sort: It is a sorting algorithm which follows the divide and conquers methodology. It recursively breaks down a problem into two or more sub-problems. This recursion is continued until a solution is not found that can be solved easily. Now, these sub-problems are combined together to form the array.

Heap Sort: It is a comparison-based sorting algorithm. It is also said to be the better version of selection sort. Basically the list is divided into sorted and unsorted arrays. And on a continuous basis unsorted list
is shrunk and added to the sorted list. Heap sort first prepares a max heap. Then the first element is swapped with the last element.

To read more about data structures and algorithms, click here.