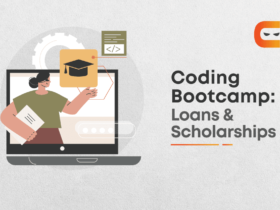 How to Pay for a Coding Bootcamp: Loans, Financing, and Scholarships

Blockchain is a trending and disruptive technology, which has a bright future, due to its endless use cases in the industry and today’s world, ranging from digital voting to medical record keeping. The following tools will help you gain an edge over others as a blockchain developer.

Blockchain Testnet: In software development, testing is an unmissable component for the success of the development process. Similarly, with blockchain, we need to test the dApps (decentralised applications) to make sure they are working correctly before making them live. Here, blockchain testnet comes into play. It lets you test your dApps for errors and bugs, which will save you of costs later. Testnets can be of the following types: Private, Public (Ropsten, Rinkeby, Kovan) and GanacheCLI (customisable blockchain emulator). Basically, testnets are copies of the Ethereum blockchain except that their Ether is worthless.

Ethers.js: It is a library, originally designed to be used with ethers.io. It has expanded over time with complete functionality for working with Etherium platform. It is well documented and takes only a tiny amount of space (around 88kb) when compressed. Its features include: a wide collection of test cases, private keys can be safely kept in client, import and export of JSON wallets, import and export of BIP 39 mnemonic phrases and HD wallets, and fully TypeScript ready. It is completely MIT licensed. It is suitable for beginners as it is very easy to use. Nowadays many companies, are preferring ethers.js over other libraries like web3.js because of its better performance.

Geth: It is an implementation of an Ethereum node. It is used to mine ether tokens, explore the block history, transfer tokens between addresses, create smart contracts and execute it on the Ethereum Virtual Machine. Geth is compatible with Windows, macOS and Linux. It acts as a console for inputting commands and executing specific functions It is built using the Go programming language. It is available in three interfaces, including interactive console, JSON-RPC server and command-line. Geth provides the flexibility to connect with an existing blockchain or you can create your own by providing your settings. By default, it connects to the Ethereum main net automatically. Geth will automatically download the entire Ethereum blockchain, so be sure to use an external hard drive for data storage.

BaaS (Blockchain as a Service): It is similar to SaaS (Software as a service) wherein third-party cloud-based network companies like Amazon and Microsoft leverage cloud for building and hosting blockchain applications. Businesses which use BaaS benefit from its services due to huge reduction in costs and technical expertise required for making a full-fledged blockchain solution. Basically, the client has to pay the BaaS service provider to set up and maintain the blockchain infrastructure. The provider handles the complex back-end involved in blockchain for the client and their business. Some major examples for BaaS include PayStand, Corda, Microsoft Azure, Amazon AWS and DragonChain.

Tierion: This tool allows to verify data on a massive scale. Tierion has developed an open standard for linking data to the blockchain to create a timestamp proof called Chainpoint, to verify the data without relying on any intermediaries. It is easy to integrate with existing apps and is well documented. Some of its use cases are: adding a blockchain proof to digital signatures, timestamping important documents and data, creating an audit trail for business processes and issuing blockchain verifiable education credentials.

Solidity: It is a popular OOP language for blockchain which supports inheritance and it is statistically typed. It is can be used to create Ethereum-based applications and code smart contracts for various use cases like crowdfunding, voting, blind auctions and multi-signature wallets. It is similar to JavaScript and it was mainly made for the Ethereum Virtual Machine. Writing smart contracts is easy in Solidity compared to other languages. It is available on Ethereum as a runtime environment and on other major platforms like Tron and Counterparty.

DApp Board: It is an open-source analytics tool for dApps, Ethereum smart contracts and protocols. It monitors the activities of smart contracts on the Ethereum blockchain. It can give info such as the number of users of dApps and the number of Ethers processed by a contract. The web-based analytics service has a feature called Ecosystem 360 view which provides a 360 view and explains every single brick of the Web3 stack and gives useful insights into the entire Ethereum ecosystem. It provides a visual way to understand how people use DApps.

Parity: It is a fast and multi-feature Ethereum client which provides a secure way to interact with the blockchain after compilation. It is written in the Rust programming language and founded by former Ethereum CEO. It is directly integrated into the web browser and it allows access to basic wallet functions and Ether. It allows access to all the features of the Ethereum network which make it an Ethereum GUI Browser.

Embark: It is a development framework for creating and deploying Ethereum based decentralised applications and serverless html5 applications, and enables to create smart contracts. They can be made available in JavaScript. Embark automatically modifies the contract and related dApps if a contract is updated. Popular and traditional web development languages like React, Angular and Meteor can be used with Embark along with build pipelines like grunt or gulp. It supports test-driven development of contracts with JS which allows coders to manage their contracts on different blockchains.

Mist: It is the official Ethereum wallet mainly used for deploying smart contracts. For using Ethereum you must have a specific place where you can store your Ether tokens and execute your smart contracts. Mist, being a full node wallet used to store Ether tokens, you will have to download the entire Ethereum blockchain, which is more than 1TB in size. It is compatible with Windows, macOS, and Linux. Also, while setting up Mist, remember your password as it cannot be changed in the future. It will be needed every time as a confirmation whenever you need to send an Ether. Also, make sure that you set a strong password without fail to ensure security for your blockchain app.

Solium: It is a handy tool to manage security in the Solidity code during blockchain development to keep it free from vulnerabilities and glitches, and ensure it uses the best coding practices promoted by the blockchain community. It can be installed with npm (node package manager). It does not strictly follow the Solidity Style Guide.

Conclusion: Wrapping up, as blockchain is a fairly new technology, you must experiment with different tools and platforms to help you find the right fit for your projects. To help you out, make sure to try our list of top eleven blockchain tools which can help you move forward and grow in the industry of blockchain development. Some other tools you can explore after trying out the above ones are Solc, Remix, Metamask, Truffle, MyEtherWallet, Coinbase’s API for blockchain and cryptocurrency and EtherScripter.