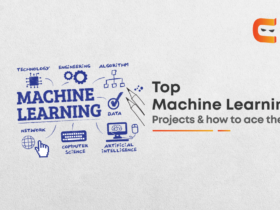 The two main reasons of using regression are:

There are mainly six types of Regression models used according to the requirement of different format of data available to us.

All the six models are the part of sklearn.linear_model library of sklearn,

Detail description of each model is given below:

Linear Regression: This regression model is the most common one among all the models available, this model focus on fitting the set of dependent and independent dataset in a linear line function, an equation for the representation of a linear function is mentioned below:

y = mx + b
where y is our output data, x is the independent data, m is slope, b is intercept.

y = m1x1 + m2x2 + m3x3 + …… + mnxn + b
for the set of n independent variables.
This model focus on minimization of error between each point on the line.
In order to use the linear regression model, we need to import it as,

alg is the main object that will be used for further processing to fit the data in linear function and for the final prediction of output.

Logistic regression tries to find the best boundary line in order to fit the data according to the format, this type of regression mostly used when the data is present in a large amount. The relationship between dependent and independent values is expressed by the sigmoid curve, an equation that denotes the logistic regression is:

Ridge Regression: This type of regression is mostly used when we have highly correlated data that is the independent set of data have a very strong relationship among each other, this can be seen as the advance version of linear regression as we include the bias in our expression in order to reduce the standard errors due to multicollinearity. In multicollinearity we have high value of variances which moves the prediction value far away from true value.

the problem of multicollinearity is solved using shrinkage parameter (lambda) which is added to the least square error value in order to reduce the value of variance,
error = |y – (mx + b)|2 + (lambda)|mx+b|2
ridge regression tries to put the points in a such a way that value of the coefficients shrinks but doesn’t reaches zero.

Lasso Regression: Lasso stand for least absolute shrinkage and selection operator, this regression model is mostly similar to ridge regression model except it use the absolute value in error function rather than using square value, which in turn reduces the large change in variance and increase the accuracy of linear regression model,

error = |y – (mx + b)|2 + (lambda)|mx+b|
this may cause penalising values which lead to estimation of exactly zero for some of the parameters.

It can be said that lasso regression performs regularisation along with feature selection that is, it selects out an only certain set of features from the total set of features that will be given as the input to the model, in that case only the needed features are used up and all the other unrequired features are made to be zero and hence save the model from over-fitting.

Polynomial Regression: This model is nearly same as linear regression model with certain degree attach to it, with a certain degree it means, the relationship between the dependent and independent values (or the set) is not linear, it may change with a degree of 2, 3, 4 or so on. The typical equation to represent the polynomial regression is:

In polynomial regression the line or curve passes from each data points depending on degree of variation. This model sometimes may lead to over-fitting because mean squared error tries to minimise the error in order to the best fit curve/line that is why typical analysation is required to use this model.