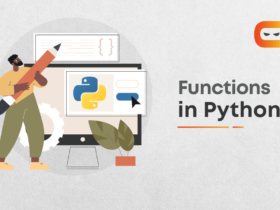 Switch case statement introduces control flow in our program and ensures that our code is not cluttered by multiple ‘if’ statements.

In that case, the Switch-case statement is a quicker and powerful programming feature that allows them to control the flow of their program based on the value of a variable or an expression. They can use it to execute different blocks of code, depending on the variable value during runtime. In general, the switch is a control mechanism that tests the value stored in a variable and executes the corresponding case statements.

Hence, our code looks meticulous and transparent to viewers. It is a wonderful programming feature that
programmers use to implement the control flow in their code. Switch case statement works by comparing the
values specified in the case statements with variables in our code.

Python does not have a simple switch-case construct. Coming from a Java or C++ background, you may find this to be a bit different, as Java and C++ have an in-built switch statement, Here we may be surprised to know that Python language doesn’t have one. And for this we may be tempted to use a series of if-else-if blocks, using an if a condition for each case of your switch statement. However, because of the jump table, a switch statement is much faster than an if-else-if ladder. Instead of evaluating each condition sequentially, it only has to look up the evaluated variable/expression once and directly jump to the appropriate branch of code to execute it.

We can clearly understand it by taking examples of how it can be used in C++ and Java so in C++ or Java we use the switch case functions:

Here’s how it works:

In the above example, depending on the value of the variable month, a different message will be displayed in the standard output. In this case, since the month=8, ‘August’ will be printed in the standard.

As we know that Python does not have a simple switch-case statement here one way out would be to implement an if-elif-else ladder. Rather, we can use a dictionary to map cases to their functionality, this Pythonic way to implement a switch statement will use the powerful dictionary mappings. If someone is familiar with other programming languages, then he/she must be knowing that the dictionary uses key-value pairs to store a group of objects in memory. When we are using a dictionary as an alternative to switch-case statements, keys of the key-value pair work as a case.

Here’s the Python implementation of the switch case functions. In this example, we create a dictionary named switcher to store all the switch-like cases.

Here, in this example, when we pass an argument to the switch_demo function, it is looked up against the switcher dictionary mapping. If a match is found, the associated value is printed, else a default string (‘Invalid Month’) is printed. The default string helps implement the ‘default case’ of a switch statement.

A switcher is a dictionary that performs this mapping.

As we can see it is clear that for values other than the one which we mention in the switcher, it prints out “Invalid Month”. This is because we tell it to do so using the get( ) method of a dictionary.

Here we got it more interesting. The values of a Python dictionary can be of any data type. So we don’t have to confine ourselves to using constants (integers, strings), we can also use function names and lambdas as values.

For example, we can also implement the above switch statement by creating a dictionary of function names as values. It is simple to use this for implementing the Python switch case statement. We have to follow some steps for it.

In this case, a switcher is a dictionary of function names and no strings.

We can also use Python classes as an alternative way to implementing switch-case statements. A class is an object constructor that has properties and methods. Let us understand this further with the help of the same above example. It is quite easy to use a class for implementing the Python switch case statement. Let’s do it with the example.

Based on the passed argument, the in-built getattr() function will retrieve object methods with the particular name. In the above example, we have used two things: keyword lambda and getattr() method.

Since we can change Python dictionaries during runtime (add, remove or update key-value pairs), so we can easily change every switch statement on the fly. Here’s an example:

Switch case is a very useful programming construct that not only provides better performance than an if-else statement but also leaves us with a more manageable code. In this article, we have learned about switch-case functions, after that we discuss what are the alternatives of these switch-case functions, and how to use them.

Hence as explained above, we conclude that even Python does not have an in-built switch case function, but we can always use these alternatives (like using dictionary mapping instead of placing switch case)to implement them in our own way. Here we saw two types of implementation in Python, first, we used dictionary mapping to implement switch with functions and then implemented the switch using a class so by this alternative we make our code look neat and clean and get better performance.