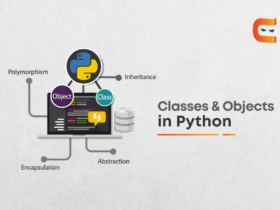 In the previous article, we looked into what NodeJS and PHP are about and what their various features and differences are. It’s time now to look into a comparative understanding of PHP with another language, that is Python.

Yes, that’s right, Python is one of the most popular programming languages to use in back-end development. Without further ado, let’s understand what these two languages are and their similarities and differences.
In case you missed out our previous article on PHP vs NodeJS, click here.

With the rise of PHP and NodeJS as competitors in back-end development, another language launched its cannon in the back-end developers’ world. Python was first released back in 1991 and had been gaining traction in the industry over the last five years. Due to its emphasis on code readability, this open-source language is friendly and easy to use. With this, Python turned out to be an ideal choice for many back-end developers. Will it be yours too, or will you give in to the renowned PHP? Let’s find out.

Which language is easier to learn?
A common thought running through every learner’s mind is “How long will this take me to learn?” or “Is one going to be harder than the other?” Let’s look into that question. The core concepts of Python and PHP are very similar as they both are object-oriented, interpreted languages. They’re both dynamically typed languages, and they have abundant IDE support. Despite all these similarities, Python is more comfortable to learn for a beginner. This is because it was designed to be a general-purpose programming language. It is much shorter and easy-to-write as compared to PHP.

PHP is a double-edged sword in its array concept. It acts as something like a combination of Python’s list and dictionary data types. Although PHP has some advantages, it is quite challenging to learn and more sophisticated than simple, stand-alone programs. If you’re a complete beginner, we would suggest you start with Python, as it is just much more comfortable to pick it up.

Let’s talk about its usability
PHP can sometimes be used for other purposes but its main purpose is to be a web development language. It isn’t impossible to use PHP in other areas but it is best practice to use it only for its intended purpose, i.e., web technology is only for the web.

When we take Python, it is more versatile and flexible. Apart from using it for web development, it also performs competently in the fields of Machine Learning, Artificial Intelligence, Image Processing and also mobile application development. In other words, there isn’t something that cannot be done with Python.

Who doesn’t prefer a language with extensive libraries?
With the use of libraries, the overall project cost must be minimised. This lets the developer focus and spends more time in development and testing when you can employ reusable components that are shared across the community. PHP is available with only one, but proficient repository called the Packagist.
Python has a slight edge over PHP as it is incredibly nuanced and provides an exceptional library
collection for all its applications.

In a world where Machine Learning and Artificial Intelligence are taking over, many organisations are developing Machine Learning backed web applications. This is where Python shows its power as it is backed up with some excellent Machine Learning libraries like TensorFlow, Keras, Theano, Scikit Learn, etc. Python holds more prominence in the IT industry as it provides faster libraries that offer ease of functioning.

Let’s see how the environment management works
It is always preferred to work with containers for building applications. If that is not the case, then you’ll probably end up spending substantial time in segregating the installed language and library versions. For developers using containers, environment management is a salient concept to focus on.

Various systems can manage multiple versions of Python in the market. For example, Virtualenv allows installing, managing, and switching between various versions of Python on a single operating system. This has been maintained for over a decade and is highly revered in the developer community as an outstanding piece of software.
Similar to Python’s Virtualenv, PHP has an original environment manager that goes by the name of virtPHP. But unfortunately, virtPHP has been shelved and no longer actively maintained. The PHP developer community suggests using containers instead. For this reason, we choose Python as the winner shining over Python.

Wondering language gives you the fastest applications?
We all know that the speed of an application is the most significant factor for user satisfaction and we never want an exasperated user. Although the earlier versions of PHP (like PHP 5.x versions) were quite slow, the new release PHP 7.x is speedy. Speed is an essential factor in performance-critical applications. Let’s look at
this point with an example, in a banking system that gets a million hits daily, a delay of three seconds will create a significant impact on the overall system performance.

PHP is almost three times faster than a typical Python program. It is important to note that for simple applications, the scale is quite low there isn’t the need for high speed. It doesn’t create a noticeable time lag. So depending on the size of your application, your perspective may change. Talking about the overall rate, PHP takes the win.

Tracking down bugs has never been so easy!
For some developers, finding that one bug in your application might turn into a nightmare. Both PHP and Python come with some great debugger tools to solve this problem. Python has a PDB and PHP counterpart is XDebug. Both the debugging tools provide you with standard features like stacks, breakpoints, path mapping, and so on. For this reason, it is hard to decide on which language is better in terms of debuggers.

Let’s give you a little market insight into both the languages
If you’ve managed to stick around until now, we are going to take you on a ride on how PHP and Python perform in the market. If you find yourself still reluctant in choosing a language, this section might help you make up your mind.

PHP developers are hired by some of top-brands like:

Side by Side comparison of Everything that matter

Use this table to decide if you have every little time on hand.

*TIOBE Rating is an indicator of the popularity of programming languages.

That’s a wrap! Use this as your cheat sheet for PHP and Python whenever you have difficulty choosing one for your projects. With its limited choices, PHP emphasis more on a comprehensive knowledge base about the language. Its constructs can be unwieldy for developers who are not proficient in the language. Python, on the other hand, was developed to be effortless to learn for amateurs. But this doesn’t stop PHP from being used in almost 80% of the websites.

What your requirements are, the scope of the product, your timelines, and the budget you have in hand are major deciding parameters on which language you should elect for your project.