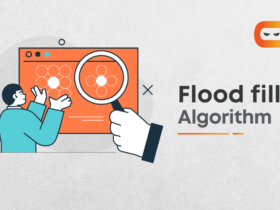 Frequently, when you’re on the internet, and you type an address into the address bar and hit the enter key, you’ll be taken to a webpage that catches your attention. Have you ever wondered what goes into the development process of that page and how they make it impressive for you? That’s what you’ll be exploring in the next 10 minutes.

Front-end development involves using a couple of languages to determine how the webpage is structured, designed and functions. These languages are usually HTML, (for structure) CSS, (for design) and JavaScript (for functionality) but a developer is not limited to use these three languages alone.

While these three languages work perfectly fine on their own, they only produce mediocre webpages that struggled to attract a user at first sight. This led to the rise of frameworks and libraries that helped upgrade and enhance the looks and improves user experience as a whole. Angular and React are two such additions to the basic HTML that we’ll focus on in this article.

Let’s take a closer look at Angular and React now:
According to the State of JavaScript 2019, a website that surveys thousands of JavaScript developers, React and Angular are the most loved front-end development tools by the developers’ community.

Angular: Developed and maintained by the giant Google, Angular, or AngularJS, is an open-source front-end framework that lets you extend the functionalities of HTML to provide an environment that is extraordinarily expressive, and quick to develop. It deals with the root problem and allows you to develop dynamic web pages that many frameworks fail to address.

React: An equally powerful and robust front-end tool is React, developed by Facebook. It is a JavaScript library that is used to build interactive user-interfaces. By designing simple views for each state on your website, React will update and render the right components when the data changes on the application, which makes debugging easier.

With that in mind, let’s look at what Angular and React have to offer with a precise side-by-side comparison of general and technical aspects.

Let’s talk about the things that matter.

Apart from these cool features Angular and React offers, we have compiled the demand, trends, and performance of these tools to help you decide what suits best to your needs.

Who is the most popular among the two?

You can find the open-source community involvement and popularity for both of these frameworks below.

Stack Overflow: A survey of approximately 90,000 developers concluded that 74.5% of them love React while 57.6% of them love Angular.

Does React perform better than Angular? Performance is an essential quality attribute of every tool used. It is all about making websites fast, including making slow processes seem fast.

Imagine you want to update user profile details. Real DOM, instead of changing just that bit of info, updates the entire tree structure of HTML tables until it reaches the needed data. In comparison, virtual DOM allows us to update the changes virtually without rewriting the entire HTML doc. Regardless of the application’s size, this renders updates faster and ensures fast performance.

Here is a comparison of the performance of both the frameworks:

So, that is it about React and Angular. If you’ve come this far and paid attention to all the details, then give yourself a pat on the back for taking the first step in becoming an Angular or/and React developer. To decide which of these two frameworks is the best is subjective to the developer using it. They are also entirely different frameworks for different usage. You might’ve heard statements like React is better than Angular or sometimes vice versa.

In the end, it all comes to your perception of the two frameworks we’ve discussed so far. The choice is yours based on the application requirement of functionality and usability.

If you’re looking to begin your career in front-end development, check out the courses we offer.