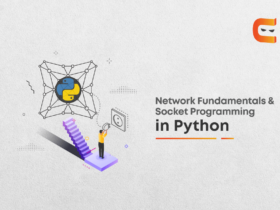 The four key ingredients that a back-end developer works with includes the following:

HTML: Hyper Text Markup Language helps you make the layout and structure for the website. Since the language is dynamic, it allows you to create a dynamic website using less code.

CSS: Cascading Style Sheets can only be used by a developer to style a website in which the style sheet language describes the layout. Both CSS and HTML work hand in hand to add colours, background, layouts, font sizes and more.

Java: This most popular programming language is used to develop website content, games and various applications. This language is portable and can be run on multiple software platforms.

JavaScript: This programming language is used to add interactive elements to the website.

Python: It is the easiest programming language that can be used to create a framework for any type of website. Because the language has a simple and straightforward syntax making it easy for the developers and explain to the users.

SQL: It is a database query language that is used when your website is computing large amounts of data which uses it later to cater your website to the target audience.

Now that we have explained the core of back-end technology, let’s talk about the responsibilities and initiatives that a back-end developer undertakes:

Skillset of a Back-end developer:

Top trends in Back-end Development in 2020

According to Ladders.com, a web developer often specialise in one of three areas — front end, back end, or full-stack — each responsible for either how a website looks, how it runs, or how both. They can develop, design and programme code for user-facing sites, web-based databases and more. While the average starting salary is sub-$100,000, skilled professionals with experience and vast knowledge of web development often earn much more.