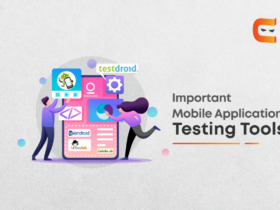 We all love the idea of having our own mobile application, don’t we? You could develop a game of your choice, a customisable planner, or even a virtual study app for you and your friends to have that late-night study. Or you could even potentially start your career in Android application development. The problem most of us face with Android development is the lack of good resources. It is quite impossible to find an article that has been written by people with hands-on experience and helps you grasp the entirety of the Android concepts. This is why books are the preferred method of teaching, starting from absolute beginners to professionals.

In the world of mobile marketing systems, Android and iOS devices combine to make up to 99% of the mobile OS market share. According to Statcounter. As of 2020, Android takes up a massive 74.14% of the total. If this is a compelling reason for you to get started on Android application development, then stick until the end of the article to find the book for you in the list we’ve compiled.

1. Head First Android Development: A Brain-Friendly Guide: The one for your inner child
This book is a good pick if you’re just getting started with Android Development. As it requires you to have a sound knowledge of Java programming language, it may be best suited for intermediate programmers. If you’re someone who despises long, dry, theoretical explanations, this book is the one for you as it jumps to developing your first app right from the first chapter. The key feature of the book is the creative and interesting illustrations with ‘fill-up magnets’ and ‘matchings’ exercises available in each chapter. Through unique visual learning, readers would be able to easily grasp the fundamentals and the style of the witty narrative makes it enjoyable yet informative.

2. Android Studio 3.0 Development Essentials — Android 8 Edition: The one for all your development needs while having specialised books for a particular topic is fine, it doesn’t beat having a book that covers all topics. Android Studio 3.0 Development Essentials is one such book that acts as a one-stop for all your needs as an Android application developer. It covers everything from setting up Android Studio to App Links, Gradle build configuration and so much more. The book also includes implementing maps using the Google Maps Android API and submitting apps to the Google Play Developer Console. It even includes database management, architecture, and design to multimedia aspects. All you need to have is some Java programming experience, access to a Windows, Mac or Linux system, and creative ideas for some apps to develop, you are good to go.

3. Android Programming: The Big Nerd Ranch Guide: The one for ‘Big Nerd Ranch’ followers
The Big Nerd Ranch isn’t a new name in the developers’ community as they have intensive boot camps and a series of books for web development as well as mobile development. This particular book focuses on Android development and all of its related concepts like fragments, views, network communication, etc., It requires you to be well-versed in the Object-Oriented Programming concept. Since every chapter is built upon another it might be a barrier when you’re using it as a reference book. Although it is recommended for beginners, the amount of
information in it might be a bit too overwhelming for them whereas it serves as a perfect book for intermediate programmers.

4. Android Development for Gifted Primates: A Beginner’s Guide: The one for those who are not easily offended
The author of this book doesn’t shy away from the usage of strong language but that doesn’t stop him from delivering a loaded tutorial to Android development. He strongly suggests a prerequisite of Java knowledge and even goes as far as compiling a list of topics you must master before reading the book. You will learn everything from setting up Android Studio to creating an interactive user interface with XML, getting different Android components to communicate with each other and a lot more. This book is aimed at beginners who want to take a break from stern instructions while learning new technology and are looking for a more light-hearted approach without compromising the quality of content.

5. Android App Development for Dummies: The one for the novice
The “for Dummies” is a very popular series that probably would have books on every topic. This one is the best book for absolute beginners who have no prior Android application development experience. Along with Java, the author urges having an understanding of XML as it is used for the user interface. It consists of Android documentation, tips, tricks, and tutorials in a short, digestible format that’s easily understandable by budding developers. By the end of the book, you’ll be able to springboard into your future as an Android developer.

6. Android Cookbook: Problems and Solutions for Android Developers The one for your everyday cravings
Now that we’ve covered enough books for beginners, this book is here to quench the thirst of professional developers. Being true to its name, it is a cookbook that consists of 230 “recipes” for topics such as user interfaces, dealing with hardware-specific aspects like cameras and sensors, etc., that has been contributed by nearly 40 programmers. Android Cookbook explains how a given piece of technology works, rather than giving you a complete, working example that has been simplified. Rather than being a start to end tutorial, this book focuses on answering questions to various advanced topics that a developer might come across while developing his
application.

7. Kotlin Programming: The Big Nerd Ranch Guide: The one for Kotlin admirers
With Google’s announcement of full support to Kotlin within Android studio, it has been sky-rocketing in popularity among the developers’ community and it’s only fair that we include a book on Android development with Kotlin. Making a second appearance on our list, The Big Nerd Ranch series’ Kotlin programming covers all the key concepts and APIs, as well as the IDEA development environment. Each chapter has one or two “For the More Curious” that describes the underlying mechanism of Kotlin. Since Kotlin and Java are closely associated, this book acts
as a transition book for experienced Java programmers who are looking to learn Kotlin.

8. Beginning Android 4 Games Development: The one for all gamers
So, let’s say you want to skip the methodical development of boring applications and want to jump straight into developing games, we’ve got you covered on that. Beginning Android 4 Games Development is a book that walks you through from the basics of game development to developing your own first game. No prior exposure to Android or Eclipse is expected. It covers a range of topics such as Android basics, audio, and graphics programming, a little math and physics, and OpenGL ES. After you’re equipped with these concepts, you’ll be able to develop three different games, one even being 3D.

9. Practical Android: 14 Complete Projects on Advanced Techniques and Approaches: The one for more hands-on experience
Nothing beats a book written by a well-experienced author and Practical Android by Mark Wickham is one among them. As the name suggests, the book aims at building 14 real-world projects, at least one in each chapter for a better understanding of complex topics like lazy loading or dealing with Android’s audio APIs. Since it directly jumps on implementing advanced features to your application, it requires you to be well-versed in Java as well as have some experience in Android development. Simply to put, if you’re looking to build up your skills as an Android developer, this 250 pages book is the one for you.

10. The Busy Coder’s Guide to Android Development: The one to stay updated
To end the list, we have a one of a kind subscription ebook that solves the problem of having to wait for an updated edition to release every year. The Busy Coder’s Guide to Android Development, readers get the latest version of the book, including six months of updates. This book includes 200+ chapters, 4,000+ pages, hundreds of sample apps that tackle everything from the basics of setting up a development environment to branching out into more advanced topics. With new versions coming out every couple of months. This means you never have to worry about being outdated ever again!

Android Application Development is open-source and easy to pick up giving it an edge over iOS when developers have to choose. It doesn’t have any stringent hardware requirements like Apple iOS, which needs costly tools like Xcode and Mac to support the app development environment. All you need is a cost-effective platform like Android Studio and a book from the above list that caters to all your needs and you will be on your way to become a successful Android developer with a lucrative career.

If you are keen to learn and pursue a career in Android Development, then check out our course.

How To Make A Mobile App In 9 Easy Steps 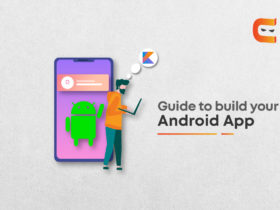 How to build your first Android App with Kotlin?