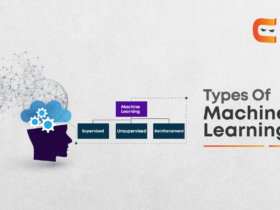 Machine learning is rising and its demand in the industry is more than ever, it’s important to keep up with the research and what all tools, libraries and important algorithms to learn.

Below is a curated list of the top machine learning libraries and algorithms you must learn.

“Artificial Intelligence is the new electricity,”

Let’s start with the top Machine learning libraries you must learn:

It is the first library in this list as it one of the most important libraries in machine learning. If you have ever used python for data science, you must have heard about it. Most of the data science tasks which need data to be stored in memory use Numpy. Going by the formal definition, NumPy is a package in Python used for Scientific Computing.

But why NumPy arrays? Can’t we achieve the same results with python lists or any other data structures? The answer is yes as well as no. Yes, we can build such arrays and do the necessary operations but we prefer NumPy for a lot of good reasons. Some listed down below:

Pandas is the most extensively used library for data analysis and data engineering.
It is an open-source python library built on top of NumPy.

An easy way to think about pandas is that it’s a python’s way of looking at Microsoft Excel.
You can read data from almost all file types using pandas and perform operations on the data.

Matplotlib is a plotting library for the Python programming language and its numerical mathematics extension Numpy. It is one of the most powerful tools for data visualisation in Python. This library helps in generating plots, histograms, power spectra, bar charts, error charts, scatterplots, etc., with just a few lines of code. Hence, it makes easy things easier and hard things possible to achieve.

It is considered as a gold standard in machine learning. A Python library that consists of many supervised and unsupervised machine learning algorithms. It’s built upon some of the libraries we have already discussed above, like NumPy, Pandas and Matplotlib. One can just simply pass NumPy arrays and pandas data frames directly to the ML algorithms of Scikit-learn which is possible because of how robust the algorithms are in these libraries.

It’s an extensive, well-documented, and accessible, curated library of machine-learning models
Here is a chart of the scikit-learn algorithm cheat sheet which I found on the internet and found really useful.

Some of the robust set of algorithms provided include:

It is an end-to-end open-source platform for machine learning developed and maintained by Google. It’s one of the most popular frameworks for machine learning. Apart from running and deploying models on powerful computing clusters, TensorFlow can also run models on mobile platforms (iOS and Android). TensorFlow demands extensive coding, and it operates with a static computation graph. So, you will first need to define the graph and then run the calculations. In case of any changes in the model architecture, you will have to re-train the model.

TensorFlow is best suited for developing DL models and experimenting with Deep Learning architectures. It is used for data integration functions, including inputting graphs, SQL tables and images together.

It is my personal favourite library for machine learning. It’s an open-source machine learning library based on the Torch library, used for applications such as computer vision and natural language processing, primarily developed by Facebook’s AI Research lab. While the frontend serves as the core ground for model development, the torch, distributed” backend promotes scalable distributed training and performance optimisation in both research and production.

Let’s discuss some of the top Machine learning algorithms to learn:

Linear Regression is the simplest, and widely used supervised machine learning algorithm for predictive analysis in machine learning. In short, it’s an algorithm to predict a target variable by fitting and reaching to the best linear relationship between the dependent and the independent variable.

The idea is to find the red curve, the blue points are actual samples. We can connect all points using a single, straight-line using linear regression. This example above uses simple linear regression to minimise the square of the distance between the red line and each sample point.
This might seem a basic algorithm but is quite powerful for some simple tasks.

Here I list some of the practical applications of linear regression:

The word “regression” in this algorithm arises a question that how is it different from linear regression. Well, the difference is quite a bit.

I think everyone has heard about deep learning by now. It’s the new breakout in machine learning. Let’s talk about the most basic deep learning model.

Below is the image of a basic feedforward neural net with just one hidden layer (with 3 neurons) and an output layer.

Feedforward neural networks, also known as multilayer perceptrons are the foundations of most deep learning models (like CNNs and RNNs). These networks are mostly used for supervised machine learning tasks where we already know the target function i.e. the result we want our network to achieve. These are extremely important for practising machine learning and form the basis of many commercial applications in machine learning areas such as Computer vision and Natural Language Processing.

In deep learning, a convolutional neural network is a class of deep neural networks, most commonly used in computer vision. It takes in an input image, assigns importance to parameters (weights and biases) to various aspects/objects in the image and be able to differentiate one from the other.

The convolutional neural network is the core of computer vision algorithms. You must have heard of self-driving cars? Well, it’s algorithm is a CNN architecture. The pre-processing required in a ConvNet is much lower as compared to other classification algorithms.

In primitive methods, filters are hand-engineered, with enough training, on the other hand, Convolutional neural networks have the ability to learn these filters/characteristics while training process. Its architecture is similar to the neurons in the Human Brain and was inspired by the organisation of the Visual Cortex.